Much contemporary research on high-temperature structural materials is centred on intermetallic compounds. Several reviews have addressed the potential for intermetallic alloys (2–7). Among intermetallics, rhodium-based L12 compounds offer advantages for high-temperature structural applications. First, the melting points are 300 to 700 K higher than those of nickel-based superalloys (8). Secondly, the L12 crystal structure offers the possibility of enhanced ductility and excellent workability as a result of the large number of possible slip systems. Finally, the two-phase γ/γ′-type microstructure formed in nickel-based superalloys can also be produced in rhodium-based alloys (9–11).

Rhodium-based compounds Rh3X have L12 crystal structure, Table I, with constituent X belonging to Groups 4 and 5 in the Periodic Table (15). This study is designed to establish a basic data set for the thermal conductivity and the thermal expansion of the L12 intermetallic compounds Rh3X (X = Ti, Zr, Hf, V, Nb, Ta).

A Periodic Table matrix showing the magnitude of thermal conductivity of Rh3X at 300 K. Note that the value for Rh3Hf is obtained using an off-stoichiometric specimen

We have previously surveyed the thermal conductivities of B2 aluminides (FeAl, CoAl, NiAl), titanides (FeTi, CoTi, NiTi), and gallides (CoGa, NiGa) at ambient temperature (16). An empirical rule was found for compounds AB, that thermal conductivity decreases monotonically with increasing horizontal distance, in the Periodic Table, of constituent A from constituent B, that is:

The empirical thermal conductivity rule observed for B2 compounds is also observed in Rh3X with the L12 crystal structure.

Thermal conductivity versus temperature for Rh3X, where X is Nb, Ta, Zr, Hf, V and Ti. Note that the value for Rh3Hf is obtained using an off-stoichiometric specimen of Rh-23.5Hf

The temperature coefficient of thermal conductivity, k, in the temperature range 300–1100 K can be roughly estimated by using the following equation:

where λ300 K and λ1100 K are the thermal conductivities at the temperature indicated by the subscript. The temperature coefficients obtained for Rh3X are plotted against λ300 K in Figure 3. The plots for intermetallic compounds with crystal structures of L12, B2, and others already reported (18, 19) are also shown in Figure 3, together with data for pure metals (20–22). Note that the data for pure metals in which lattice transformation or magnetic transformation occurs in the temperature range 300–1100 K are excluded. It is well known that the thermal conductivity of h.c.p. metals is anisotropic, so data for polycrystalline materials are adopted for the h.c.p. metals.

Correlation between thermal conductivity at 300 K for Rh3X and its temperature coefficient. Data for pure metals (20–22) and intermetallic compounds (18, 19) are also included

Thermal expansion (ΔL/L) results for Rh3X are shown in Figure 4. All the dilatation curves are a smooth function of temperature, with no sudden slope changes. The curves in Figure 4 reveal that the thermal expansion of Rh3Hf is slightly smaller than those of either Rh3Ti or Rh3Zr over the temperature range 300–1100 K.

Thermal expansion of Rh3X during heating from 300 to 1100 K. The heating rate is 10 K/min. Note that the curve for Rh3Hf is obtained using an off-stoichiometric specimen

The difference in ΔL/L is less than 10% at any temperature. Also, the data indicate that Rh3Ta has a smaller thermal expansion than those of Rh3V or Rh3Nb. The slope of the curve of ΔL/L vs. temperature is the coefficient of thermal expansion (CTE). The slight upward curvature in every dilatation curve indicates that the CTE of Rh3X increases with increasing temperature.

CTE values, α, for Rh3X at 800 K are summarised in Figure 5, plotted as column heights on the Periodic Table matrix. The smallest CTE is found for Rh3Ta, whereas Rh3V shows the largest.

A Periodic Table matrix showing the magnitude of the coefficient of thermal expansion, α, of Rh3X at 800 K. Note that the value for Rh3Hf is obtained using an off-stoichiometric specimen

The following inequalities are observed:

Thus the trend is that the CTE values of Rh3X decrease as constituent X is positioned lower in the Periodic Table. The deviation from stoichiometry has little influence on the CTE values of intermetallic compounds, as demonstrated in NiAl (24–26) and Ni3Al (26). Therefore, a hypothetical CTE value for stoichiometric Rh3Hf with the L12 single phase is expected to be approximately equal to that of the experimental value for Rh-23.5 at.% Hf.

The CTE values of pure metals are well known to vary inversely with melting points (27). Figure 6 shows the correlation between the CTE at 800 K and the melting points for Rh3X. Data for intermetallic compounds with L12, B2 and D019 structures, obtained by this group (28), are also shown in Figure 6, together with literature data (22, 29) for pure metals. Since the CTE for h.c.p. metals is usually anisotropic, the CTE data for polycrystal were adopted for the h.c.p. metals.

Correlation between the coefficient of thermal expansion at 800 K and the melting point for Rh3X. Data for pure metals (22, 29) and for intermetallic compounds (28) are also included

In Figure 6, all the plots for pure metals and intermetallic compounds including Rh3X fall on a common curve, irrespective of crystal structure. The CTEs of Rh3X are concentrated around 10 × 10−6 K−1, approximately equal to that of pure Rh and two-thirds as great as the CTE of conventional intermetallic compounds such as NiAl and Ni3Al. From Figure 6, it can be seen that the smaller CTE values for Rh3X correlate well with the higher melting points of the compounds.

The interatomic force in metallic materials is characterised by cohesive energy, Ecoh, which is the difference between the potential energy of atoms in the gas state and that in crystal of the material. The cohesive energy in an intermetallic compound is expressed as the sum of the sublimation energy of the alloy, Esub, and the heat of formation of the ordered structure, ΔH (30):

Table II summarises the Ecoh, Esub and ΔH data for Rh3X. The Esub values were obtained from the data source (31) and the ΔH values were calculated from Miedema's formula (32, 33). For comparison, Table II also gives data for conventional intermetallic compounds. It is apparent that the cohesive energy of the intermetallic compounds originates mostly from the sublimation energy rather than from the heat of formation of the ordered structure. The greater cohesive energy of Rh3X is correlated with the greater interatomic force, resulting in the higher melting points and smaller CTE values of the compounds. The CTE values of Rh3Nb and Rh3Ta are particularly small among the Rh3X compounds, reflecting their greater cohesive energies.

Thermodynamic Properties of Rh3X and Other Intermetallic Compounds

[ii] The dilatation curves for Rh3X are characterised by slight upward curvature, indicating that the coefficient of thermal expansion (CTE) increases with increasing temperature. The CTE of Rh3X decreases as constituent X moves downward in the Periodic Table. The smaller CTE values for Rh3Nb and Rh3Ta are ascribed to their higher cohesive energies.

Thus, by virtue of their high thermal conductivities and small CTEs, Rh3Nb and Rh3Ta are the most suitable of the Rh3X compounds for ultra-high temperature structural applications. 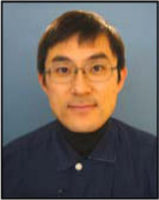 Yoshihiro Terada is an Associate Professor in the Department of Metallurgy and Ceramic Science, Tokyo Institute of Technology. His main activities are in the thermal and mechanical properties of metallic materials for high-temperature applications. 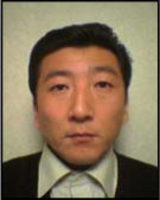 Kenji Ohkubo is a Technician in the Division of Materials Science and Engineering, Hokkaido University. His major field of interest is the determination and characterisation of thermal properties in metallic materials. 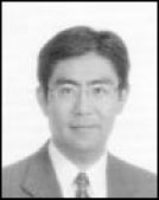 Seiji Miura is an Associate Professor in the Division of Materials Science and Engineering, Hokkaido University. His research interest is the development of intermetallic alloys for ultra-high temperature applications. 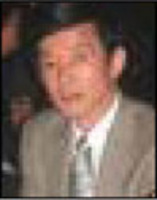 Tetsuo Mohri is a Professor in the Division of Materials Science and Engineering, Hokkaido University. His major field of interest is the first-principles study of phase stability, equilibria and transformation for metallic systems.