DETERMINATIONS (INCLUDING SPECTRAL EMISSIVITY AT 684.5 nm) AT THE MELTING TRANSITION AND IN THE LIQUID STATE

The results from fast-pulse heating experiments (of duration 60 µs) performed on pure palladium are presented. Thermophysical properties derived include specific enthalpy, enthalpy of fusion, electrical resistivity, isobaric heat capacity, thermal conductivity and thermal diffusivity, over a range of temperatures from the melting transition up to some hundred degrees higher in the liquid state. Additionally, normal spectral emissivity at wavelength 684.5 nm is presented, enabling more accurate pyrometric determination of temperature. The results presented are compared with those in the literature, where available.

The Subsecond Thermophysics Group at Graz University of Technology has been working to determine the thermophysical properties of liquid metals for about 25 years. The work remains relevant and of current interest for scientific applications as well as for the metalworking industry. Accurate data for the melting transition and the liquid state are often sparse, but are essential inputs to computer simulations, for instance those of solidification or die-casting.

Palladium is used in dentistry, jewellery, watchmaking, spark plugs, the production of electrical contacts, and metallising ceramics (1). Finely divided palladium makes a good catalyst, used to accelerate hydrogenation and dehydrogenation reactions, and for petroleum cracking. The palladium-hydrogen electrode is used in electrochemical studies. Palladium has recently attracted much interest as a potential replacement for higher-priced platinum in catalytic converters for controlling emissions from diesel vehicles.

The present experiments on palladium form part of a systematic investigation of the thermophysical properties of the platinum group metals. Measurements on rhodium are scheduled in the present programme; osmium and ruthenium are not available in wire shape. Platinum and iridium have already been investigated (2–4), and show a slight increase of normal spectral emissivity at wavelength 684.5 nm in the liquid phase, similar to the trend in emissivity values for palladium reported in the present work.

Using a pulse-heating apparatus (Figure 1), the thermophysical properties of conducting materials are accessible from the solid state up to the end of the stable liquid phase. For the present investigations, palladium samples in the form of wire (0.5 mm diameter, 60 mm length, purity 99.9%, purchased from Alfa Aesar, Stock 10279, lot F28J28) were incorporated in a capacitor-driven discharge circuit and resistively pulse-heated.

The following parameters were determined directly:

From these, the following thermophysical properties were derived:

The accessible range of measurement extends from room temperature up to superheated liquid states. Experimental details are described extensively elsewhere (2, 5).

To enable accurate and unambiguous temperature determination over such a large range, pyrometric detection based on Planck's law of black-body radiation (6) was used. Normal spectral emissivity data were determined by an ellipsometric method (division of amplitude polarimeter; µs-DOAP) (7, 8) to avoid uncertainties arising from the unknown emissivity and its behaviour over the temperature range of the measurement.

Normal spectral emissivity for palladium at wavelength 684.5 nm versus radiance temperature at 650 nm for palladium

At the end of the solid phase, emissivity values were around 0.49 (following surface preparation with abrasive paper of grade 1200 or 4000). As the surface smooths during liquefaction, a strong decrease can be observed; the emissivity is 0.360 at the end of melting. An emissivity of 0.3602 for liquid palladium at the melting temperature is reported (10); this was interpolated for wavelength 684.5 nm. A slight increase of normal spectral emissivity is observed up to 3200 K; this is similar to the behaviour reported for platinum (11).

Figure 3 is a plot of specific enthalpy, H, versus temperature, T. Since this work focuses mainly on melting and the beginning of the liquid phase, temperature dependences are shown in all plots from around 1500 K upwards.

Specific enthalpy versus temperature for palladium 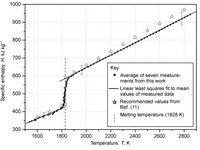 Figure 4 shows electrical resistivity, ρ, as a function of temperature, T. At the onset of melting, indicated by a vertical broken line, a resistivity value of 0.461 µΩm is obtained for the initial geometry (i.e. with no correction for thermal expansion). The corresponding value at the end of melting is 0.724 µΩm. Thus an increase Δρ = 0.263 µΩm is observed at melting.

Electrical resistivity versus temperature for palladium

For electrical resistivity that is compensated for thermal expansion, ρv, Seydel and Kitzel's (13) thermal expansivity values for palladium were adopted. Several other authors also report density values for palladium (15–17). The change in diameter (and hence cross-section) of the sample with heating results in a shift to higher resistivity values. At the onset of melting, a volume-adjusted resistivity of 0.495 µΩm was obtained, and at the end of melting 0.844 µΩm. Thus an increase Δρ = 0.349 µΩm at melting is observed. Matula (18) recommends a resistivity at the onset of melting of 0.46 µΩm and for the end of melting 0.83 µΩm, giving an increase Δρ = 0.37 µΩm at melting.

The polynomial fit to the present volume-adjusted values for liquid palladium in the temperature range 1828 K < T < 2900 K is:

The present resistivity values, compensated for thermal expansion, agree excellently with Matula's recommendations (18) for the liquid phase, and well for the solid.

Figure 5 is a plot of thermal conductivity, λ, against temperature, T. To estimate thermal conductivity via the Wiedeman–Franz law (6), Seydel and Kitzel's density data (13) were again used to correct electrical resistivity for actual thermal expansion. For liquid palladium in the temperature range 1828 K < T < 2900 K:

Thermal conductivity of palladium versus temperature

Thermal diffusivity, a, can be estimated from thermal conductivity (2). Thermal diffusivity is not plotted against temperature here; this gives no additional relevant information since λ and cp are used for the calculation. The corresponding fit for liquid palladium in the temperature range 1828 K < T < 2900 K yields:

Thermophysical data for liquid palladium are quite sparse in the literature. Seydel and Kitzel (13) report only enthalpy dependences and no temperature dependences, since they did not perform the latter measurements. The values found here for the normal spectral emissivity ɛ for liquid palladium at wavelength 684.5 nm at the end of melting give an excellent match to that reported by McClure et al. (10). The enthalpy of fusion obtained here compares very satisfactorily with the results reported by Arblaster (11), Dinsdale (12) and Seydel et al. (13, 14), within the range of uncertainty of the present work. Further, selected values from (22), considered the best of their time, must be considered outdated for comparison purposes.

For liquid palladium, a set of thermophysical data is reported here: enthalpy, isobaric heat capacity, electrical resistivity, thermal conductivity and thermal diffusivity as a function of temperature. Since temperature measurement is combined with simultaneous emissivity measurements, there is no ambiguity in the present temperature-dependent data. 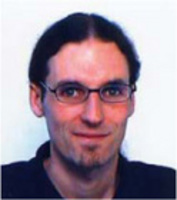 Claus Cagran studied physics at Graz University of Technology, Austria, from which he received his master's (Dipl.-Ing.) and doctoral (Dr. Techn.) degrees. He currently works for the Optical Technology Division at NIST, Gaithersburg, MD, dealing with optical reflectance and emittance measurements of metals, ceramics, and surface coatings. 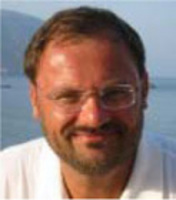 Gernot Pottlacher studied physics at the Technical University of Graz, Austria, and holds its Dipl.-Ing. and Dr. Techn. degrees. He is a professor at the Institute for Experimental Physics. His main fields of activity are the thermophysical properties of pulse-heated liquid metals and alloys, as well as didactic courses in physics for teachers in training.