The Role of Process Parameters in Platinum Casting

The Role of Process Parameters in Platinum Casting

Platinum is a challenging material for casters because of its physical properties, which result in possible crucible and flask reactions during melting and casting, high shrinkage porosity and difficulties in filling of filigree items. This paper summarises the results of a collaborative research effort by several industrial partners and FEM on the influence of casting process parameters. Two common platinum jewellery alloys (platinum with 5 wt% cobalt and platinum with 5 wt% ruthenium) and four different investment materials were used for casting experiments with variation of atmosphere, casting and flask temperature, tree design and centrifugal machine parameters. Detailed sample investigation found shrinkage porosity and surface defects to be the main problems. Optimised process parameters for heavy and filigree items were identified. Future research on platinum casting should focus on casting simulation in order to reduce experimental effort and costs.

In recent years articles on the casting properties of platinum have been published (1, 2). Different aspects such as suitable alloys for casting (3–6), tree design (7–10) and investment reactions (11, 12) have been discussed, as well as the effect of centrifugal casting parameters for different alloys and investments (12–14). Platinum with 5 wt% cobalt (Pt-5Co) was identified as a very versatile casting alloy, showing excellent form filling of filigree parts even for flask temperatures as low as 100°C (12). Platinum with 5 wt% ruthenium (Pt-5Ru) on the other hand showed poor form filling of filigree parts for flask temperatures below 800°C (12). Besides casting properties, functional alloy properties such as colour, hardness, ductility and magnetic properties have to be taken into account for jewellery. In this regard Pt-5Ru is more versatile compared to Pt-5Co or platinum with 5 wt% copper (Pt-5Cu), and can be used for all jewellery applications.

The present project focused on Pt-5Ru and Pt-5Co as the most commonly used jewellery alloys. Investment casting experiments were carried out as part of a research project commissioned by Platinum Guild International (PGI), USA, in cooperation with several industrial partners and FEM. This paper summarises the results given in a presentation at the 24th Santa Fe Symposium® on Jewelry Manufacturing Technology in 2010 (15).

Casting experiments were carried out using a TopCast TCE10 vacuum centrifugal casting machine with induction heating and a power of 10 kW and a working capacity of 1500 g. Metal temperature during heating and melting was monitored using a quotient pyrometer. Most of the casting trees used a ‘diablo’ type setup. A typical tree containing some standard items (ball rings and grid) is shown in
Figure 1. Four different investments from different suppliers were tested.
Table I
gives an overview of the properties of the investments and briefly describes the experience of working with them. 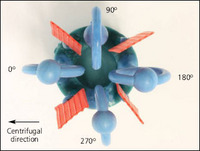 Properties of Investments Used in the Platinum Alloy Casting Trials

A number of casting experiments were carried out to analyse the influence of casting parameters (melt temperature, flask temperature, casting atmosphere, casting machine type), alloy and investment material by using standard sample geometries such as ball rings and grids. The grid represents filigree items and demonstrates form filling ability. The ball ring represents heavy section pieces. With the large ball acting as a hotspot it was expected to provoke investment reactions and to be prone to shrinkage porosity. The as-cast samples were evaluated in terms of surface quality, shrinkage porosity and investment reactions by optical microscopy, metallography and scanning electron microscopy (SEM).

The alloys differ in their dendrite morphology, segregation behaviour and melting temperature. Solidus and liquidus temperature were calculated using the Thermo-Calc® software package with the Scientific Group Thermodata Europe (SGTE) noble metal alloys database (SNOB1), and are in accordance with Reference (16). The calculated phase diagrams give the same melting range for both alloys, but due to segregation the melting range of Pt-5Co is actually about twice that of Pt-5Ru. This is one possible reason for the better form filling ability of Pt-5Co. However, segregation of Co to the melt promotes oxidation of Co and investment reactions, even for vacuum casting.

Grid filling as function of flask temperature for air casting of Pt-5Co and Pt-5Ru (except value for 550°C). Averaged values of all grids per tree

The surface quality of cast parts is affected by investment reactions, inclusions of investment particles and rough or matt appearing surfaces.
Table II
compares the behaviour of the two alloys using the different investments at different flask temperatures.

bNo. 3 was only used for casting trials with Indutherm MC 15 tilting machine 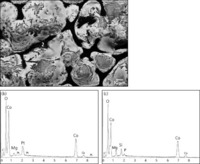 The cast parts often showed matt and glossy areas. The matt areas showed a dendritic-like surface and were observed on the heavy sections (Figure 5) of the affected parts. The matt surface was caused by shrinkage of isolated melt volumes during solidification.

Matt surface of a Pt-5Ru casting with dendritic surface

Shrinkage porosity was the main problem for both heavy bulk and lightweight filigree patterns in the casting trials performed. The effects of casting parameters and the position on the tree were found to be relatively small.

Different morphologies of shrinkage porosity in the sphere of a ball ring: (a) Pt-5Co; (b) Pt-5Ru

Flask temperature and casting atmosphere had little influence. The investment material was found to influence shrinkage porosity and the lowest levels were achieved with investment No. 4. This is probably an effect of the lower thermal conductivity of this investment, resulting in slower and more homogeneous cooling of the melt.

Effect of the Casting Machine

A comparison of two types of casting machine, a centrifugal (TopCast TCE10) and a tilting machine (Indutherm MC 15, capacity 200 g), showed that centrifugal casting produced superior results for form filling of filigree items. Defect-free castings of the ball ring were obtained for the Pt-5Co alloy at 950°C under vacuum using the tilting machine, which was not possible by centrifugal casting under comparable conditions. Pt-5Ru was difficult to cast in the tilting machine, because of the low heating rate in the specific model used, which resulted in hot tearing of the parts. Machines with higher power and sufficiently short melting time may enable successful casting of Pt-5Ru.

In order to solve the problem of shrinkage porosity, sprue design and tree setup are most important. Directional solidification has to be assured. The usefulness of techniques such as increasing the flask temperature is limited by the thermal stability of the investment materials. However, optimisation of casting behaviour solely by experimental means remains challenging.

In recent years, casting simulation has been demonstrated to be a valuable tool for gold and silver casting (17, 18). Sophisticated software packages are available to determine form filling and shrinkage porosity depending on alloy, tree setup, melt and flask temperature, allowing optimisation by computer simulation. This would be especially valuable for optimising the casting parameters for platinum due to its high price and extreme casting and flask temperatures.

Detailed knowledge of the thermophysical properties of the alloys and investments are required. Such data are currently scarce and they must be determined. Benchmark experiments with sophisticated thermal recording during the centrifugal casting process should be performed to calibrate the casting simulation results.

Investment materials were found to play an important role in form filling and shrinkage porosity. It is assumed that properties such as gas permeability and thermal conductivity are responsible for this behaviour. Therefore, the influence of the water:powder ratio, burnout cycle, flask temperature and casting atmosphere requires further investigation to understand how the physical properties of the investments can be tailored.

The authors are grateful for the financial support of PGI, with special thanks to Jurgen Maerz. C. Hafner GmbH and Co, Germany, provided platinum alloys, which is kindly acknowledged. The companies Ransom & Randolph, USA, Lane Industries LLC, USA, and Specialist Refractory Services Ltd (SRS) UK, are acknowledged for providing investment materials and Indutherm GmbH, Germany, is acknowledged for casting trials. Special thanks to Dieter Ott (FEM, Germany) for fruitful discussions of the project results and to the staff members of the metallurgy department at FEM, especially to Franz Held and Ulrike Schindler for casting trials and metallography. 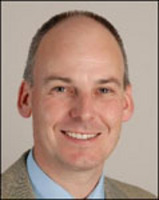 Ulrich E. Klotz graduated from the University of Stuttgart, Germany, as a Diploma Engineer in Physical Metallurgy and has a PhD in Materials Science from ETH Zürich, Switzerland. He is Head of the Department of Physical Metallurgy at the Research Institute for Precious Metals and Metals Chemistry (FEM) in Schwäbisch Gmünd, Germany. 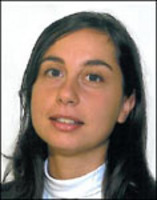 Tiziana Drago has a BSc in Materials Engineering with specialisation in surface treatments from the Politecnico di Milano, Italy, and an MSc in Materials Science from the University of Pisa, Italy. She works in the Department of Physical Metallurgy at the Research Institute for Precious Metals and Metals Chemistry (FEM) in Schwäbisch Gmünd, Germany.