Platinum Market Forecast to Be in Small Surplus in 2010

Improved economic conditions in 2010 were expected to stimulate purchases of platinum across a range of industrial sectors, lifting gross industrial demand to 1.72 million oz. Platinum demand in the glass industry was expected to recover to 365,000 oz due to the building of new manufacturing lines for LCD glass in Asia. Demand for platinum in the electronics sector was also forecast to increase to 225,000 oz. Process catalyst demand was also expected to rise, bringing chemical demand for platinum to 450,000 oz.

Jewellery and Investment Demand for Platinum Set to Decline

Palladium Market to be Close to Balance in 2010

Industrial Palladium Demand to Benefit from Recovery in Electrical Sector

Identifiable physical investment demand for palladium, particularly in ETFs, was expected to rise to 670,000 oz in 2010. Redemptions in the more mature funds were anticipated to limit the increase in new demand. Demand for palladium jewellery was forecast to fall by 19 per cent in 2010 to 630,000 oz, with most of the decline due to weaker trade interest in China.

“Platinum 2010 Interim Review” gives supply and demand data for rhodium as well as demand data for ruthenium and iridium for 2010. The rhodium market was forecast to be in a modest surplus of 79,000 oz, with gross demand climbing by 22 per cent to 876,000 oz as recovery in autocatalyst and industrial demand took place. Supplies of rhodium were expected to fall by 7 per cent to 716,000 oz.

Ruthenium demand was set to increase by 83 per cent to 1.05 million oz, driven by strong purchasing by the electrical sector, especially for use in hard disk drive manufacture.

Iridium demand was forecast to more than double to 204,000 oz in 2010 on the back of rising industrial demand. This included iridium crucibles for the growth of single crystals of sapphire, used as a substrate in the production of light-emitting diodes (LEDs), as well as the upgrading of the Chinese chlor-alkali industry from older mercury-based technology to ruthenium-iridium membrane cell technology. The upswing in the global automotive industry also led to increased demand for iridium in spark plugs.

This edition's Special Feature on ‘Platinum in Medical Applications’ reports on medical uses for platinum, including anticancer drugs and components for implanted biomedical devices such as pacemakers and catheters. Demand for platinum in medical applications, including the dental industry, was forecast to be 255,000 oz in 2010. 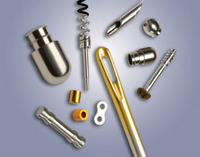 The book is available, free of charge, as a PDF file in English, Chinese or Russian, or as a hard copy in English, by visiting the Platinum Today website at: http://www.platinum.matthey.com/publications/pgm-market-reviews/archive/platinum-2010-interim-review/ or by sending a request to the E-mail address: ptbook@matthey.com.