Research into organic light-emitting devices (OLEDs) has been intense over the past 20 years, since the landmark report in 1987 of electrically generated light emission from aluminium tris(8-hydroxyquinoline) (1). Regarded by many as the next generation of display screen technology, OLEDs may eventually rival liquid crystal displays and conventional inorganic LEDs, and commercialisation has indeed recently begun. The key hallmark of research in the field is its interdisciplinarity, embracing synthetic chemists, physicists, physical chemists, and electronic and optical engineers, and elegantly spanning fundamental and applied science.

This new book, edited by two leading German polymer chemists, brings together contributions from a dozen of the leading research groups in the field, representing all of the aforementioned disciplines. The result is a coherent account of the fundamental principles behind the science of OLEDs and of the materials required for their fabrication. The book is not for the novice or the undergraduate student; on the contrary, the majority of the chapters assume familiarity with the underlying physical concepts, and the book is probably aimed primarily at those already working in the field, or intending to enter into it seriously. Perhaps rather disappointingly for the platinum group metal chemist, coverage of iridium- and platinum-based electrophosphorescent dopants is limited to just one chapter that focuses primarily on the triplet energy transfer processes rather than on the chemistry. This is despite the fact that their development as ‘harvesting agents’ for the otherwise non-emissive triplet states has been a buoyant and high-profile area of research in the field over the past six years or so. (Reviews and representative papers in this field include References (2–5)).

The book is logically structured, appropriately beginning with a description of the science behind inorganic LEDs – already very well established – before turning to a sequence of chapters describing the physical processes underlying charge injection and light emission in conjugated polymers. This is followed by more chemistry-oriented chapters describing the synthesis and properties of electroluminescent polymers, charge-transporting/charge-blocking materials and dendrimeric systems, and the use of crosslinking strategies in materials processing. The final three chapters address hybrid inorganic-organic systems, including a useful discussion of nanocrystalline emission (colloidal quantum dots); promotion of triplet emission using phosphorescent dyes, such as cyclometallated iridium complexes and platinum porphyrins (see Figure 1 for representative structures); and organic semiconductor lasers.

Any new book on such an interdisciplinary subject as OLEDs faces the challenge of facilitating mutual understanding of the different disciplines, and aiding scientists from one discipline to gain an appreciation of the issues facing those tackling the subject from a different perspective. The book does achieve this to an admirable extent, although some chapters are, not surprisingly, more successful than others at doing so; the interested chemist may find himself at sea with some of the physics chapters and perhaps vice versa. On the other hand, this is simply inevitable given the depth of coverage: the volume overall is unified in structure and comprehensive in scope.

The book is well produced, with clear diagrams, many of which are helpfully reproduced in colour. A few chapters, particularly some of those on synthetic aspects such as a key chapter on the synthesis of electroluminescent polymers, were a little disappointing in that they surveyed little post-2000 work. Given the rapid progress of the field, surely it is important to ensure that a volume of this sort is as up-to-date as possible at the time of publication. It was also a little surprising to find that while nine of the twelve chapters employ a common referencing style, three use two other styles. Though a minor peccadillo, one might reasonably have expected a unified style. I was also bemused to read in the publishing and retailing publicity accompanying the book that Ching Tang of Eastman Kodak was one of the contributors, even though there is no contribution from him or anyone else at Eastman Kodak.


Comparison with Other Texts

There are few comprehensive books available on OLEDs. Kalinowski's recent volume “Organic Light-Emitting Diodes: Principles, Characteristics and Processes” (6) is geared more exclusively to the physics and engineering aspects and, while comprehensive in its treatment of the fundamental physics, is a less tractable work. More closely comparable is Shinar's edited review “Organic Light-Emitting Devices: A Survey” (7), which covers some material common to the present volume. Nevertheless, Müllen and Scherf's contribution is an altogether wider ranging survey, bringing in a more diverse range of systems, and has a fresher feel to it. Yet, from the admittedly biased perspective of a platinum group metal chemist, the rather cursory treatment of only a very few iridium and platinum complexes as phosphorescent dopants in Chapter 11 does seem something of a lost opportunity. The inorganic chemist hoping for a survey of the latest developments with respect to this aspect would need to look elsewhere, and in this context, perhaps a forthcoming review volume edited by Balzani and Campagna on the photophysics of metal complexes may help to fill the gap (8).

In summary, “Organic Light-Emitting Devices” provides a comprehensive, wide-ranging and authoritative account of both the science behind OLEDs and of recent developments in the materials used to produce them. It will make a valuable contribution to the research field for chemists, physicists and optical engineers alike. 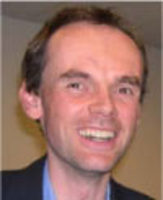 Dr Gareth Williams is a Senior Lecturer in Chemistry at the University of Durham, U.K. His research interests centre around the synthesis and excited state properties of transition metal and lanthanide complexes, and their applications in light-emitting devices and biosensors. Current work addresses the utility of N^C^N-coordinating ligands for obtaining intensely luminescent complexes of platinum(II) and iridium(III), and novel “building block” synthetic strategies for the assembly of multimetallic systems designed to promote directional energy transfer in artificial photosynthesis.