Vapour pressure values are calculated from thermodynamic data following the procedure described in Appendix A. Since free energy functions are given for one bar standard-state pressure, then the vapour pressure will also be given in bars. Values for the free energy functions and the selected heats of sublimation are given in the reviews on platinum (1) and the other five pgms: palladium (2), ruthenium (3), osmium (4), rhodium (5) and iridium (6). Since the behaviour of the specific heat capacities of the solids and their effect on the free energy functions is more complicated than for the liquids, then vapour pressure values were evaluated for the solids at 25 K intervals and the melting point, and for the liquids at 50 K intervals and the melting point, so as to give approximately equal numbers of data points. In the review on platinum (1), a minimum lower temperature of 1200 K was considered. This gives a vapour pressure of about 10−17 bar, which is considerably below practical measurements. For the other metals, the use of rounded temperatures gives a vapour pressure between 10−16 and 10−17 bar, which was used as the lower bound.


Selection of a Vapour Pressure Equation

The derivation of the selected vapour pressure equation (Equation (i)) is described in Appendix B.

where A, B, C, D and E are constant coefficients. Equation (i) was used by Honig and Kramer (7) to represent the vapour pressures of the elements over a wide range of temperatures and pressures.


Recent Data and Their Effect on the Selected Values

Since publication of the reviews on platinum and the other metals (1–6) newer data have become available for consideration:


Application of the Selected Vapour Pressure Equation to the PGMs

Coefficients corresponding to the selected vapour pressure equation for both the solid and liquid pgms are given in Table I. One criterion to be met is that the calculated vapour pressures should be equal at the melting point, or more correctly the triple point which is the solid-liquid-vapour equilibrium temperature. However, because of the high resistance of the pgms to compression, then at the level of accuracy obtainable the melting points are considered to be equal to the triple points as indicated in Appendix C.

In the review on platinum (1), only the first three terms of Equation (i) were used, which gave an adequate representation of the vapour pressure. However, when all five terms are used to ensure precise reproducibility for all of the metals, the correlation for platinum is extraordinary. The average deviation between the thermodynamically derived vapour pressure and the result from the equation is only ± 0.0004% for both the solid and liquid, and similar results were generally obtained for the other metals as given in Table II. Even in the worst case, for solid rhodium, agreement is still within five significant figures; this tolerance is well beyond that of any practical determination of vapour pressure.

Uncertainties in the Boiling Points of PGMs

The uncertainties given in Table III must be considered to be minimum values, because the uncertainties in the free energy functions are not taken into account. For example, the enthalpy of fusion and thermodynamic properties of liquid osmium are all estimated, and therefore a more realistic estimate of the uncertainty in the boiling point would be ± 100 K.


Temperatures Corresponding to Given Vapour Pressures

These values are given in Table IV. Since the lowest temperature used corresponds to a vapour pressure between 10−17 and 10−16 bar, then 10−16 bar is used as the lower bound for fixed pressures. Table IV provides a check on values obtained by iteration of the equations. It is an amendment to a previous summary (15), in which the lowest pressure included was 10−12 bar. Vapour pressures corresponding to fixed temperatures are obtained directly from the equations, and a check is provided by Table V, which lists the melting point vapour pressures.

Temperatures Corresponding to Fixed Vapour Pressures for the PGMs

**Values corresponding to the liquid region

Vapour Pressures at the Melting Points for the PGMs

Vapour pressure values may be calculated from thermodynamic data via an inversion of the third law of thermodynamics used to calculate the heat of sublimation (Equation (ii)):

Appendix B Derivation of the Selected Vapour Pressure Equation

The variation of vapour pressure (p) with temperature (T) can be represented by the Clapeyron equation (Equation (iv)):

Equation (vi) is then integrated to give the Clausius-Clapeyron equation (Equation (vii)):

where B is an integration constant, and A = ΔHT/R where ΔHT is the average enthalpy centred on the mid-range temperature; ΔHT can only be taken as constant over a relatively narrow temperature range. The Clausius-Clapeyron equation is used practically to fit experimental vapour pressure measurements, and also to calculate the ‘second law’ heat of sublimation through the relationship (Equation (viii)):

Although the pressure at the standard state in thermodynamics is now set at one bar, melting points are still quoted at one atmosphere pressure. This is an arbitrary choice, whereas the triple point is that at which the vapour pressures of the solid, liquid and gas are exactly equal; it is therefore a universal point. The difference between the melting and triple points can be determined from the melting pressure curves, for example Strong and Bundy (16) determined the initial values for these curves to be 138 atm deg−1 for platinum and 160 atm deg−1 for rhodium, equivalent to 0.007 deg atm−1 and 0.006 deg atm−1, respectively. Assuming that the triple point pressures are equal to zero, then this indicates that for platinum, the triple point would be 0.007 K below the melting point, and for rhodium 0.006 K. However, these values are negligible when compared to melting point uncertainties of ± 0.4 K for platinum and ± 3 K for rhodium at the secondary fixed points on the International Temperature Scale of 1990 (ITS-90) (17). On these grounds, triple point corrections may be regarded as meaningless. These examples for platinum and rhodium are considered as representative for all six of the pgms. 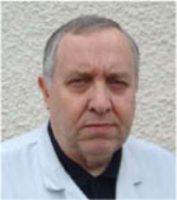 John W. Arblaster is Chief Chemist, working in metallurgical analysis on a wide range of ferrous and non-ferrous alloys for standards in chemical analysis, at Coleshill Laboratories in the West Midlands of England. He is interested in the history of science and in the evaluation of the thermodynamic and crystallographic properties of the elements.