Assessment of properties from absolute zero to the melting point

The crystallographic properties of iridium at temperatures from absolute zero to the melting point are assessed following a review of the literature published during the period 1907 to date. However, the theoretical values above 2000 K are considered to be tentative because of the poor quality of the experimental thermal expansion data in this region. Selected values of the thermal expansion coefficient and measurements of length change due to thermal expansion have been used to calculate the variation with temperature of the lattice parameter, interatomic distance, atomic and molar volumes, and density. This data is presented in the Tables. Comparison of the data available in the literature with the selected values presented in this paper is shown in the Figures. The density of iridium at 293.15 K (20°C) is 22,562 kg m−3.

This is the fourth in a series of papers in this Journal on the crystallographic properties of the platinum group metals (pgms), following two papers on platinum (1, 2) and one on rhodium (3). Like these two metals, iridium exists in a face centred cubic structure (Pearson symbol cF4) up to the melting point, which is a secondary fixed point on the International Temperature Scale of 1990, ITS-90, at 2719 ± 6 K (4).

In the low-temperature region, high-precision experimental thermal expansion data for iridium are only available up to 85 K and at 283 K (5, 6), and estimated values in the region 85 K to 283 K are calculated from a relationship between thermal expansion and specific heat as explained in the previous review on platinum (1). The adoption of this procedure for iridium is justified on the grounds that the equation tends to give derived length change values in close agreement with those obtained from experimental lattice parameter measurements (7).

In the high-temperature region, there are major discrepancies between the different sets of thermal expansion measurements, and even the selected values of the thermal expansion coefficient for the present paper are based on an equation which shows abnormal behaviour (8). These problems were overcome using a method described in Appendix A.

In this region the thermodynamic thermal expansion coefficient, α, for iridium is based on the measurements of White and Pawlowicz (5) at 3 K to 85 K and also at 283 K, except that the value at 283 K was amended by White (6) to (6.45 ± 0.05) × 10−6 K−1. The thermal expansion coefficient can be calculated from Equations (i) and (ii). The specific heat (CP) measurements for Equation (ii) are those selected by Furukawa et al. (9), which were incorporated into a review of the thermodynamic properties of iridium by the present author (10). Equation (i) is accurate to ±4 × 10−10 K−1 and Equation (ii) to ±6 × 10−9 K−1 relative to the experimental data below 85 K, but the accuracy decreases to ±5 × 10−8 K−1 relative to the experimental data at 283 K. Because the use of this equation requires knowledge of the specific heat values it can also be represented by a series of spline-fitted polynomials, Equations (iii) to (ix), the results of which agree with the values obtained from Equation (ii) to within ±2 × 10−9 K−1. The equations are given in the box below, with derived values of low-temperature crystallographic properties up to 293.15 K given in Table I.

On the basis of the expression:

In the high-temperature region, dilatometric measurements of thermal expansion for bulk iridium have been determined by Holborn and Valentiner (13) (from 1335 K to 2004 K), Krikorian (14) (from 298 K to 2273 K) and Halvorson and Wimber (15) (from 1164 K to 2494 K). Lattice parameter measurements in this region were reported by Singh (16) (from 303 K to 1138 K) and Schröder et al. (11) (from 92 K to 1918 K). Since the metal used by Halvorson and Wimber was only ∼99.5% pure, and may have contained ∼0.5% tungsten, Wimber (8) gave revised results in the form of an equation which also incorporated the measurements of Singh. However, this equation showed a maximum in the derived thermal expansion coefficient, α, at 2399 K with a steady decrease above this temperature. This was caused by the derivative of the thermal expansion coefficient, dα/dT, showing a maximum at 1351 K. This is considered to be unnatural behaviour since increased thermal vibration and the onset of thermal vacancy effects in this region should all lead to a positive increase in thermal expansion, especially for dilatometric measurements. The results of Wimber agree closely with those of Singh but not with those of Schröder et al. Since the latter also show poor agreement with the selected values at low temperature, the values of Wimber are preferred despite the contamination of the sample used.

In order to overcome the unnatural behaviour of the equation given by Wimber the procedure given in Appendix A was adopted. This allowed equations for length change and thermal expansion over the range from 293.15 K to the melting point to be developed (Equations (x) to (xiii)). The derived values are given in Table II. However, these equations are based on the assumption that dα/dT does remain constant above 1351 K and that increased thermal vibration effects do not cause an increase in this value. Comparison between the calculated values selected here and experimental values from the literature up to about 2000 K would suggest that this is a reasonable assumption, but above 2000 K this assumption becomes more speculative and it is for this reason that calculated values above this temperature are considered to be tentative. However, because dα/dT is assumed to be constant this can be considered to represent the “crystallographic” thermal expansion as given in Table II. Thermal vacancy effects would become evident in dilatometric measurements and would cause dα/dT to increase notably above about 0.7 of the melting point, which in the case of iridium would be above 1900 K. The generation of thermal vacancy corrections are considered in Appendix B, but the calculated values must be considered to be highly speculative. However, they have been estimated using Equations (xiv) and (xv), and are given in Table III in order to compare with the crystallographic values above 1900 K shown in Table II.

[i] aThe values above 2000 K are considered to be tentative

[i] aAll values are estimated

On the basis of the expression:

which is plotted against temperature in Figure 2, the abnormal behaviour of the equation given by Wimber (8) begins to become evident above about 1900 K, with the deviation from the selected dilatometric values in Table III reaching −0.070 at 2500 K. By comparison, the original values of Halvorson and Wimber (15) are nearly all lower than the selected values, with a trend which reaches a maximum deviation of −0.071 from a smoothed fit. The dilatometric measurements of Holborn and Valentiner (13) from a smoothed fit show a curved deviation, from +0.027 at 1419 K falling to −0.050 at 2004 K, and can be considered to be in poor agreement with the selected values. The four values of Krikorian (14) also show sinusoidal deviation, being up to +0.032 at 1273 K before plunging to −0.095 at 2273 K.

The difference between the length change calculated from the selected values for the thermal expansion coefficient and the experimental length change, obtained from the measurements of Holborn and Valentiner (13), Krikorian (14), Halvorsen and Wimber (15), Schröder et al. (11), and Wimber (8), in the high-temperature region

Note that the length change differences in the text and in Figure 2 are given directly as:

rather than as percentage values because of the potentially ambiguous representation of length differences either as incremental values (δL/L293.15 K) or as total length values (L = (1 + δL/L293.15 K), which would lead to large differences in derived percentage values unless the definition is specifically stated. This is not required with the method used which is also conceptually more satisfactory.

Notes on the Density of Iridium

In the literature the density of iridium is often quoted as 22,650 kg m−3 at room temperature. This value was originally derived from the 1933 measurements of Owen and Yates (21). They actually obtained 3.8312 kX at 291 K for the lattice parameter, which was combined with the then-accepted atomic weight of 193.1 in order to obtain this density value, which was quoted as being at 293 K. In 1953, the atomic weight was adjusted to 192.2 (22), which is close to the modern value (20). Swanson et al. in 1955 (23) published a density value of 22,661 kg m−3 which was still based on the old atomic weight of 193.1. Reviews by Crabtree (24) and the present author (25, 26) have since established the density of iridium at room temperature as 22,562 kg m−3. Updated atomic weights for the other elements have now similarly been used to produce an up to date table of lattice parameters, densities and molar volumes of the other elements, and this is available on request from the author via the above E-mail address.

The thermal expansion data available in the literature for iridium up to about 1350 K is acceptable, but above this temperature the data becomes increasingly tentative. The data is definitely unsatisfactory above 2000 K, and new measurements such as dilatometric or lattice parameter measurements will be required in the high temperature region in order to replace the current speculations.

The equation given by Wimber (8) reaches a maximum in the derived quantity dα/dT at 1351 K. However, in practice dα/dT will either increase or remain constant above this temperature. Since the actual increase cannot be predicted, it is assumed to remain constant at the value of 4.36 × 10−9 K−2. The thermodynamic thermal expansion coefficient above this temperature is therefore given by Equation (xvi):

and the relative length change can be calculated from Equations (xvii) and (xviii):

where LT is the length at the specified temperature, T.

Equations (xvi) and (xvii) were combined to derive Equation (xix) for the thermal expansion coefficient relative to 293.15 K, α*:

The equation originally given by Wimber (8), after correction to a 293.15 K base, was differentiated at 50 K intervals from 500 K to 1350 K to also obtain values of α* and the two sets of data were then combined. It was found, however, that a single polynomial equation was inadequate to represent a smooth thermal expansion continuity from the low-temperature data and instead two equations were required: Equation (xi) from 293.15 K to 800 K, and Equation (xiii) from 800 K to the melting point. These equations were then integrated in order to obtain Equations (x) and (xii) for length change.

The difference between bulk dilatometric length change measurements and crystallographic lattice parameter measurements due to the onset of thermal vacancy effects can be represented by the relationship in Equation (xx):

cV is the vacancy concentration parameter

SVf is the entropy of vacancy formation

HVf is the enthalpy of vacancy formation

A melting point value for cV of (7 ± 2) × 10−4 is representative of copper, silver, gold and aluminium as well as platinum (1). However, for the more refractory metals a conservative value of (10 ± 5) × 10−4 is considered to be more representative and when this value is used for iridium, together with a “negligible” value at 1900 K (i.e. at about 0.7 of the melting point which appears to be typical), it gives Equation (xxi):

The derived values for HVf and SVf, of 3.2 ± 0.3 eV and (6.6 ± 1.8)kB, respectively, are considered to be highly speculative and are totally dependent on the adopted value of cV. However, Equation (xxi) can be expanded to give Equations (xiv) and (xv) which were used to generate the data given in Table III in order to compare experimental dilatometric measurements above 1900 K with the estimated values. 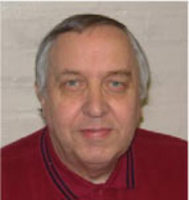 John W. Arblaster is interested in the history of science and the evaluation of the thermodynamic and crystallographic properties of the elements. Now retired, he previously worked as a metallurgical chemist in a number of commercial laboratories and was involved in the analysis of a wide range of ferrous and non-ferrous alloys.