THE THIRTY-FOUR KNOWN OSMIUM ISOTOPES FOUND BETWEEN 1931 AND 1989

Of the thirty-four isotopes of osmium that we know today, seven occur naturally with the following authorised isotopic abundances (2) (Table I):

The Naturally Occurring Isotopes of Osmium.

The discovery of the six major isotopes of osmium was reported by F. W. Aston (Figure 1) in 1931 (3) after being detected mass spectrographically at the Cavendish Laboratory, Cambridge University, England. The rare isotope, 184Os, was discovered by A. O. C. Nier (Figure 2) in 1937 (4) using a new type of high resolution mass spectrometer at Harvard University, in Cambridge, Massachusetts, U.S.A., where he was carrying out a redetermination of the isotopic abundances of osmium. Nier's abundance measurements became the definitive values for osmium for over half a century, only being superseded in 1990 by the measurements of Völkening, Walczyk and Heumann (5). These latter results were immediately incorporated into the 1991 atomic weight table (6).

F. W. Aston was born in Harbourne, Birmingham, England, and educated at Birmingham University. In 1909 he joined J. J. Thompson at the Cavendish Laboratory, Cambridge, as his assistant. At that time Thompson was working with positive rays from which he could determine the atomic weights of elements. Thompson noted that for the element neon, in addition to the mass 20, there was always a ghost at mass 22. This suggested the extremely controversial idea that naturally occurring stable elements also had isotopes in addition to those being found for the heavy radioactive elements.

Between 1919 and 1935, and through three generations of mass spectrographs, Aston personally discovered 212 of the 287 naturally occurring nuclides of primordial origin. His determination of nuclide masses showed that they were all very close to whole numbers, and usual differed by a small amount known as the “packing fraction”. By direct measurement or interpolation of the packing fraction it was possible to obtain atomic weights, especially for mononuclidic elements, and these were vastly superior to those being determined by chemical methods.

A. O. C. Nier was born in Saint Paul, Minnesota, U.S.A. and studied at the University of Minnesota where he remained for most of his academic career. After graduating, Nier's first important contribution was the development of the double focusing mass spectrograph in which, by accelerating a beam of ions through an electrical field at an angle of ninety degrees and then through a magnetic field at an angle of sixty degrees, he was able to increase considerably the resolution of ions of similar atomic mass.

This instrument allowed him, in 1935, to discover the rare potassium isotope40K. From 1936 to 1938 he was at Harvard University, and between 1937 and 1938, he discovered five more rare naturally occurring nuclides: 36S, 46Ca, 48Ca, 184Os and 234U. His accurate measurements of the ratio of uranium isotopes: 235U to 238U in many minerals led to the development of the uranium/lead cosmochronometer. In 1940 he separated 235U from 238U: the first isotope separation, and experiments on 235U proved that it was the fission isotope of uranium, and not the more abundant 238U.

This research led to the Manhattan Project, on which he worked from 1943 to 1945. Mass spectrographs, designed by Nier, were used extensively during this time for monitoring 235U to 238U separations. In the early 1950s Nier developed the mass spectrometer which differs from the mass spectrograph in that ion detection is electrical rather than by photographic plate.

Between 1956 and 1979 Nier spectrometers were used to measure the masses of nearly all the stable nuclides, while his isotopic abundance measurements for nitrogen, oxygen, the heavy inert gases and the alkaline earth elements became the definitive values for a long time. Nier also developed the miniature mass spectrometers which were used on the Viking Landers sent to Mars to sample the atmosphere 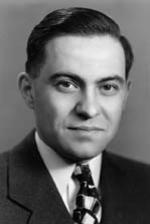 Of the naturally occurring isotopes, Viola, Roche and Minor suggested in 1974 (7) that 186Os was radioactive with a half-life of 2.0 × 1015 years, and this remains the presently accepted value (8). Mattauch's Rule (9) states that if two adjacent elements have nuclides of the same mass then at least one of them must be radioactive. In the case of the naturally occurring pair 187Re–187Os, the 187Re is radioactive with a half-life of 4.12 × 1010 years (8). Since 187Re undergoes beta decay to 187Os, then in a mixture of rhenium-platinum element ores, the over-abundance of 187Os with respect to that expected for the primordial abundance (the actual measurements are 187Re/186Os and 187Os/186Os) leads to an estimate of the excess 187Os, and from this is obtained a direct assessment of the age of the ores. The half-life of 186Os is so long that it can be considered to be “stable” for these measurements.

The use of this cosmochronometer was first suggested by Clayton in 1963 (10).

Prior to 1940 there appears to have been mention of only one radioactive osmium isotope: by Kurchatov et al. in 1935 (11) with a half-life of 40 hours. This now seems likely to have been 193Os.

In 1940 Zingg (12) correctly identified both 191Os with a 10 day half-life (modern value 15.4 days) and 193Os with a 30 hour half-life (the presently accepted value is 30.11 hours). However, immediately afterwards Seaborg and Friedlander (13) switched these around and there then followed a bizarre period of seven years in which all of the property measurements on 191Os were ascribed to 193Os, and vice versa, until the mistake was finally corrected in the 1948 edition of the “Table of Isotopes” (14).

The most prolific period for the discovery of radioactive osmium isotopes was the 1970s with fourteen ground states and one isomeric state being identified. The most discovered by any one person or group was four by Cabot et al. in 1977 (15) and 1978 (16).

The lightest osmium isotope, 162Os, still only appears to be an alpha emitter with no evidence of proton decay, so the drip line for osmium has not been reached, in contrast to 167Ir for iridium. The most likely reason for this is that with an even atomic number, osmium nuclides are likely to be more tightly bound than those for iridium, which has an odd atomic number, so it is not surprising that proton decay has not yet been seen from osmium isotopes.

In Table II, the same criteria for discovery are used as in the prior reviews on platinum and iridium (1). Notes to Table II, Some of the terms used for this review, and the decay modes are given in Tables III, IV and V. The half-lifes given in the tables are from the revised NUBASE database (8).

Thanks to Mrs Linda Porter for typing the manuscript.

Cosmochronology is the measurement of the age of stellar bodies by studying rock samples, via measurement of the amount of a daughter nuclide formed in situ with the long lived radioactive parent nuclide. If the daughter nuclide is not radioactive, then if N2 is the number of daughter atoms and N10 the number of parent atoms, N2 = N10 e-λ1t, where λ1 is the decay constant of the parent nuclide (equal to loge2/half life) and t is the amount of time since the daughter started to be formed. This can indicate the age of the rock containing the nuclides.

If the daughter is also radioactive the formula becomes:

where λ2 is the decay constant of the daughter product.

In practice the situation is complicated, with the possible formation of the daughter nuclide at the same time as the parent in the same supernova shell, so both could be present in the ore body after condensation (in which case an additional term N20 . e- λ2t is added to the right hand side of the second equation, where N20 is the original number of daughter atoms).

Further nuclear reactions or weathering of rock samples so parent or daughter are removed, may also occur.

In a discharge tube with a perforated disc cathode, luminous rays emerge in straight lines through the perforations away from the anode.

In 1895, J. Perrin showed that these rays had positive charge. W. Wein, in 1898, after studying the deflection of the rays in electric and magnetic fields, showed they consisted of electrically charged atoms or molecules of the same composition as the gases present in the discharge tube. In 1907, J. J. Thomson called them "positive rays". He realised that if the deflections of gases in the tubes were measured in electric and magnetic fields, and compared with standard gases such as hydrogen and oxygen, then their atomic masses could be determined.

However, Thomson did not realise that the apparatus was sensitive enough to distinguish individual isotopes. Hence, he thought that the observation of a second isotope of neon, of mass 22, was a hydride of neon, NeH2, even though such a substance cannot exist. After the First World War, Aston in England and A. J. Dempster in the U.S.A. improved the sophistication of the positive ray apparatus and designed and built the first mass spectrographs.

John W. Arblaster is Chief Chemist working in metallurgical analysis at Coleshill Laboratories, in the West Midlands of England. He is interested in the history of science and in the evaluation of the thermodynamic and crystallographic properties of the elements.