The catalytic wet oxidation process (CWOP) is a promising technique for the treatment of highly concentrated organic wastewater that is difficult to degrade biochemically. This technique is based on the wet air oxidation (WAO) method of treating industrial effluent – in use for many years. WAO is a thermal liquid-phase process whereby organic substances in highly concentrated wastewater are oxidised by air at high temperatures and pressures, for long periods of time. Removal of ammonic nitrogen and cyanide is, however, difficult. The CWOP aims to improve on the disadvantages of the WAO method. Tests were conducted to find the best catalysts. Catalyst CWO-11 reduced the severity of the reaction required and improved the chemical oxygen demand and the total nitrogen conversion of organic wastewater.

Wet air oxidation (WAO) is a thermal liquid-phase process in which organic substances are oxidised in wastewater by air at high temperature and pressure for long treatment times (3–6). Ammonic nitrogen and cyanide, are difficult to remove. With WAO, the chemical oxygen demand (COD) conversion percentage of organic wastewater is 60 to 96%. The conversion of phenol and sulfur-containing organic compounds is nearly 99 %.

The CWOP is a liquid-phase oxidation process using a solid catalyst in which organic compounds in aqueous solution are oxidised by oxygen or air at elevated temperatures and pressures. Aqueous-phase deep oxidation can be carried out at comparatively low temperatures and pressures (7). Various catalysts have been tested to reduce the severity of the reaction conditions and to improve the rate of the oxidation reactions of WAO (8, 9). Heterogeneous platinum group metal (pgm) catalysts are the ones generally selected.

For successful implementation of CWOP technology it is necessary to use efficient and durable catalysts and to determine the optimal process conditions. Ruthenium was selected as it is strongly resistant to corrosion from both acidic and basic solution at comparatively high temperatures and pressures. Catalyst deactivation can be related to the dissolution of metal on the catalyst surface due to pH changes in the reaction solution; however, although the pH of wastewater changes, the performance of Ru-based catalysts remains steady. Alumina and titania were examined as catalyst support materials. Titania was favoured because of its chemical stability, and the strong metal-support interaction in Ru/TiO2 catalyst. Attention was also paid to the active components and manufacturing technology (10–14).

In CWOP technology, both pgms and non-noble metals are the active catalyst ingredients. Active ingredients are prone to run off the surface of non-noble catalysts due to changes in pH in the reaction solution. However, pgm catalysts have a higher stability and activity.

Tests were conducted to find the best catalyst. Activity tests were undertaken in a batch reactor operated at 250ºC, with a stirrer, using air as oxidant. Titania-supported catalyst was found to have higher activity than alumina-supported catalyst. Addition of a Group IIIB (rare earth) element to the pgm improved catalytic performance (15, 16). The rare earth element acted as an auxiliary catalyst.

In the industrial tests the chemical oxygen demand (COD) and total nitrogen (TN) conversion percentage of organic wastewater by the catalysts approached 99%. A catalyst with good performance (CWO-11) was selected and compared with a commercial catalyst of the same type using industrial wastewater. CWO-11 was found to be efficient at converting organic compounds in industrial wastewater that are difficult to convert biochemically to CO2, N2 and H2O, see the Scheme. The CWOP equipment occupies less space than the biochemical method, and the energy produced during the oxidation can be recycled.

The carriers comprised mini-balls of 5 mm diameter TiO2 or Al2O3, of specific surface area 10–20 m2 g–1, prepared by mechanical means. The carriers were soaked with active components of platinum group metals and auxiliary components, such as Ce, La, etc. The catalyst was then dried, calcined and reduced. All catalysts were prepared in this way.

The organic wastewater used to evaluate the catalyst comprised:

The reaction conditions were kept constant throughout the tests. Temperature was at 250ºC. The reaction vessel was equipped with a mechanical stirrer with a fixed stirring rate of 1000 rpm.

Catalytic runs of 30 minutes' duration were performed, after which the reaction was stopped by interrupting the air supply. The COD percentage conversion of organic wastewater was calculated according to Expression (a). Similarly, the TN content before and after the reaction can be used to give a conversion percentage.

In this method 1 litre of solid catalyst was used in each of the three fixed-bed reactors; air and organic wastewater were continuously pumped in. The water flow used was 4 l h–1 (liquid hourly space velocity (LHSV) = 1.3 h–1) to treat the wastewater. A flow diagram of a simulated industrial test in the pilot plant is shown in Figure 1. The reactor is similar to one used for practical industrial operation. Four experiments were performed.

For consistent evaluation and to differentiate between catalysts it is important to select suitable equipment and good evaluation conditions. A 500 ml batch reactor was selected. Wastewater from the coke oven plant (carbonising water containing phenol, benzene, carbon dioxide and hydrocarbons) was evaluated twice using the same catalyst.

The catalysts tested for the purification of wastewater comprised carriers alumina or titania, and active components such as Pd, Ru and Group IIIB elements. Table II gives conversion data for wastewater from the coke oven plant. The catalyst system CWO-2 Pd/Al2O3 is seen to be effective for COD conversion but not for TN conversion. Changing the active catalyst component to Ru and the support to TiO2, as in CWO-7 and CWO-12, increased the TN conversion percentage.

Comparison with a Commercial Catalyst

The performance of catalyst CWO-11 was compared in the batch reactor under identical reaction conditions with one of the best available commercial catalysts. This catalyst generally operates under similar conditions and with similar wastewaters. The results (Table III) show that the COD and TN percentage conversions of catalyst CWO-11 were higher than those of the commercial catalyst, with the difference for TN conversion being more pronounced.

The CWO-11 catalyst was tested under similar simulated conditions of reaction pressures: 90 × 2, 75, 60, 50 × 2 kg cm–2, and with large temperature increases and decreases. The processes were carried out one immediately after the other for 6 cycles for 58 hours (20 h for the reaction and 38 h for the temperature changes), see Figure 2.

The breaking strengths of the catalysts before and after being used for 58 hours were measured. Ten samples of each kind of catalyst were randomly chosen for testing. Table IV shows the results. The data indicate that catalyst strength shows no obvious changes after testing over 6-cycles, each lasting for 58 hours. The catalyst could thus be used for long periods without crumbling.

Change in Catalyst Breaking Strength Before and After Use

[i] *Wastewater moves smoothly and continuously, and is not recirculated. **Exit points from Reactors 1, 2 and 3 are shown in Figure 1

Tests on CWO-11 with Wastewater from a Coke Oven Plant

CWO-11 been used in scaled-up reactors, in a batch reactor in the laboratory and in a continuous process in a pilot plant. This method of catalyst evaluation has effectively differentiated between catalysts of different performance.

It is planned to increase and improve the mechanical strength of the catalyst and to use CWO-11 in further industrial applications. 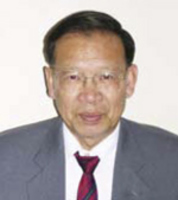 YuanJin Lei is a Professor of Chemistry at Kunming Institute of Precious Metals, China. He has has been working in the area of catalytic materials for forty years. His main interests are the development of catalytic gas sensors, environmental catalysts, petrochemical catalysts, etc.

ShuDong Zhang has a Master of Engineering Degree from Kunming Institute of Precious Metals. He has been working in the area of noble metal catalysts since 2002.

JingChuan He is a senior chemical engineer at Kunming Institute of Precious Metals. His research interests include heterogeneous catalysis of noble metals and catalytic gas sensors. 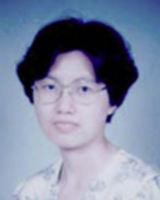 JiangChun Wu is a senior chemical engineer at Kunming Institute of Precious Metals. She has worked in analytical chemistry for the last ten years, and was involved in testing the performance of the catalytic gas sensor. 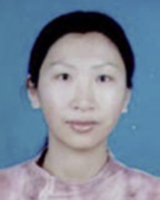 Yun Yang is a mechanical engineer at Kunming Institute of Precious Metals. She is interested in catalytic gas sensors.