REVIEW OF A COURSE ON DIESEL PARTICULATES AND NOx EMISSIONS

The "Diesel Particulates and NOx Emissions" course (1) is one of an ongoing series of professional development courses established about 20 years ago by Gordon E. Andrews, now Professor of Combustion Engineering at the University of Leeds, who identified a need for education in this field. The course was held at the Weeton Hall Hotel and Conference Centre, Leeds from Monday 23 to Friday 27 May; this series of courses is held both in the U.K. and the U.S.A. Lectures were given by Professors Andrews and David B. Kittelson (University of Minnesota) (2), and representatives of major industrial organisations and consultants involved in research into diesel technology. The thirty-nine attendees from industry and universities in the U.K., Europe and Asia. were mostly practitioners from a variety of backgrounds linked with diesel engines.

Diesel engines offer the possibility of combining very high thermal efficiencies with very low emissions, and their good fuel efficiency results in low carbon dioxide emissions. The main problem areas for diesel engines are emissions of nitrogen oxides (NOx) and particulates, and these two pollutants are traded against each other in many aspects of engine design. Very high temperatures in the combustion chamber help reduce the emission of soot but produce higher levels of nitric oxide (NO). Lowering the peak temperatures in the combustion chamber reduces the amount of NO produced but increases the likelihood of soot formation. Better mixing of the air and fuel is the key to lower emissions. The NO produced rapidly oxidises to NO2 (collectively called NOx). NOx combines with hydrocarbons or volatile organic compounds in the presence of sunlight to form low level ozone. This leads to smog formation.

Professor Andrews, in his initial lectures, highlighted environmental problems and legislation. He stated that it is theoretically possible to run an engine with close to zero emissions of both NOx and particulates, but in practice, the way forward is a combination of close control of the combustion process, coupled with good aftertreatment. Most control and trapping systems use platinum group metals.

Richard Andrews (Delphi, U.K.) talked about various methods of fuel delivery and injection systems. This is one of the rapidly changing areas of diesel engine technology. In the past, fuel systems were mechanical, and used injection pressures of 200–300 bar, with one fuel injection per power stroke. The resulting plume of fuel in the combustion chamber had a wide temperature range, due to poor mixing with the air. The combustion in the rich region of the flame produced soot, and the lean regions produced NOx.

To overcome this, systems today operate at pressures up to 1500 bar and have up to 8 holes per injector. This requires the injection holes to be smaller. The fuel plumes in engines with multiple injection holes are smaller than those from a single large injector. The temperature profile across the plumes is far more limited; this reduces emissions and offers better air utilisation within the cylinder. Andrews also discussed the design and implications of ever smaller injection holes and the increasing importance of hole geometry. He outlined the production problems created by this and reviewed some of the techniques used to overcome them.

Mechanical pumps are still used in modern systems to generate the pressures, but the injection timing is now computer-controlled, and delivers very precise amounts of fuel.

This has enabled the development of homogeneous charge compression ignition (HCCI) engines, which operate with up to six injections per power stroke. This combustion technology tries to lower the combustion temperature by forming a lean pre-mixture and burning it to reduce NOx and smoke.

Systems in operation for the slower running heavy-duty diesel engines were explained. Due to scale, heavy-duty injection systems are built differently but still use a mechanical pump and electronic control.

A large amount of data was presented regarding developments in engine design. As the combustion process becomes cleaner, the emissions caused by the lubricating oil become more significant. Diesel fuel is a very efficient solvent for lubricating oil, and great care is needed to prevent the fuel from contacting the cylinder walls, which are coated with lubricant, and dissolving the oil. This has led to changes in the shape of the combustion bowl within the piston and in the fuel injector configuration. Various combinations of these were discussed. In slower running heavy-duty diesel engines with large cylinders it is easier to prevent the fuel from hitting the walls of the combustion chamber. However, with smaller engines it is more difficult to prevent fuel from hitting the cylinder walls.

Lubricating oil with its friction modifiers plays an essential part in the smooth running of an engine, but oil consumption is a big issue for particulate trap manufacturers, as the additives in oil produce particles of ash which can collect in the particulate trap (3, 4).

Exhaust gas recirculation (EGR) systems were reviewed by Professor Andrews. Using EGR reduces the peak combustion temperature and hence the formation of NOx (5). In HCCI engines, EGR is used to control engine pre-ignition (engine knock). Further work on HCCI technology is expected to bring the diesel engine closer to Rudolf Diesel's original idea of an engine running with a homogeneous charge but without peaks in temperature (6).

A turbocharger increases the charge pressure, that is, the pressure of air in the cylinder before compression begins. Increasing the charge pressure allows the engine to operate on a leaner mixture resulting in lower particulate emissions. Owen Ryder and Henry Tennant (Holset Engineering, Huddersfield, U.K.) presented data on modern turbocharger design using compound charging and variable geometry turbochargers. Turbochargers are increasingly being fitted to diesel engines, and the need to integrate them into emission control packages was discussed.

NOx and particulate aftertreatment were discussed by Dennis Webster (Consultant in catalysis, Royston, U.K.) (7), who reviewed the need for the catalytic oxidation of gaseous compounds from diesel exhaust. The mode of operation of a platinum-containing continuously regenerating trap (CRT®) was described (5) and compared to the performance of direct thermal oxidation traps. Coated traps show activity at lower temperatures (light off at 250°C) giving a wider operating window.

Gordon Andrews and Dennis Webster also presented a series of talks on selective catalytic reduction (SCR), discussing ammonia and hydrocarbon SCR. Both techniques involve adding a reductant to the exhaust stream, just prior to the catalyst. Hydrocarbon SCR, involving platinum-containing catalyst, uses the vehicle fuel, while ammonia SCR uses urea as the additive, urea decomposing to give ammonia.

A system combining a platinum-containing oxidation catalyst, a diesel particulate trap, a SCR catalyst, urea as the reductant and a platinum-containing slip catalyst was shown. Andrews opined that this technology seems to offer a good solution to future NOx emission regulations. However, it suffers from having only a narrow operating window, with little or no activity at low temperatures; this is often experienced during test cycles and in the real world. Further work is required to increase the width of the operating window, especially at the low temperature end.

NOx-trap technology, containing platinum-rhodium catalyst and originally developed for gasoline direct injection (GDI) applications, is being considered for diesel engines (5). The low sulfur tolerance and the need for a rich spike to regenerate the trap has always been a drawback, but some promising materials are now emerging. A NOx-trap incorporated into a particle filter seems to offer a solution as the trap removes the particles generated during the rich spike. Ultra low sulfur fuels are essential for this technology (8), and oil companies are working towards a World standard for diesel fuel.

Professor Kittelson presented the results of measurements of particles in the atmosphere on or near roadways, and discussed their nature and formation. These particles cannot be accurately measured in the tailpipe, as up to 90% of the particle number may form and grow after they leave the tailpipe and as the exhaust dilutes into the atmosphere. Particles continue to form up to 2 seconds after leaving the vehicle. Atmospheric dilution leads to nucleation of particles.

Particle measurement equipment and sampling techniques were described and there was a guide to problems encountered.

This course succeeded in covering a wide subject area in just five days. These courses have been, and are, a major contribution to disseminating information about, and raising the profile of, diesel technology. The amount of data dispensed to the delegates is large, and the lectures are well structured and presented. The course gives a fascinating insight into modern diesel engine technology. It is excellent value for money and is thoroughly recommended.

The University of Leeds runs a series of continuing professional development courses (CPD) in the U.K. and some in the U.S.A., several of them linked to automotive engineering. The well-established courses aim to keep the industry up-to-date with the latest technology. Speakers are all specialists in their fields. 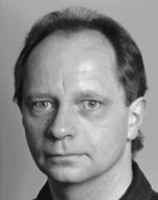 John Pignon is Principal Technical Officer in the Gas Phase Catalysis Department at the Johnson Matthey Technology Centre. His interests are in designing and building test equipment for gas analysis and for catalyst performance and characterisation.