Elimination of Fouling in Catalyst Beds

A major problem encountered in many refinery and chemical process plants operating fixed beds of precious metal catalysts (such as in reforming or hydrogenation reactors) is an unwanted increased drop in pressure either sudden or gradual with time on-stream (1). An increased pressure drop can result in unnecessary and expensive premature replacement (or partial skim) of the catalyst even though it may still have useful life. Increased pressure drop is often caused by the catalyst bed becoming fouled. This reduces the void fraction of the bed, usually in the inlet section of the reactor. Bed plugging may come from the following sources:

The first five sources enter the catalyst bed with the feedstock, while unselective polymerisation or condensation reactions in the catalyst bed can lead to coking, causing a sudden large drop in pressure.

The contaminants vary in size from sub-μm to several hundred μm and are deposited in the interstitial voids between the catalyst particles. They restrict flow and cause feed bypass, uneven flow through the reactor or bed channelling. Bed channelling may be evident from thermocouples placed in the reactor bed or by diagnostic tracer methods.

Contaminants reduce catalyst activity, either by depositing on, and encapsulating, the catalyst surface or by narrowing the catalyst pore mouth. Extraneous deposits impede molecular diffusion within the pores and slow the kinetics, so that the mass transfer zone becomes too large. All these mechansims result in decreased catalytic activity.

To overcome catalyst bed fouling various technologies have been devised to trap the particulates: 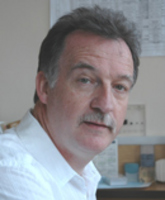