It is proposed that 3400 ± 50 K is probably closer to the melting point of pure osmium than the value of 3300 K for impure metal which is usually quoted.

During the first half of the twentieth century the melting points of many refractory metals were poorly known due to relatively low metal purity and inadequacies in high temperature measuring techniques. However, a gradual increase in the purity of metallic materials as well as improvements in temperature measuring techniques have resulted in the accurate measurement of the melting points of most refractory metals. Indeed, some of them, such as tungsten, molybdenum, and all of the platinum group of metals, except osmium, are secondary fixed points on the International Temperature Scale of 1990 (ITS-90) (1).

Chromium, and perhaps vanadium and tantalum, remain as three of the refractory elements where there is some disagreement over the actual values of their melting points. By judging the qualities of the determinations from the viewpoints of metal purity and experimental technique, it is possible to select optimum melting points from the range of values already determined.

The one refractory metal where the melting point remains most poorly known is osmium. The currently accepted melting point values were determined on impure metal and using 1960s technology for the measurements. Indeed, no determinations have been carried out on pure metal using modern techniques which would prevent oxidation of the sample during measurement.

The accurate determination of melting points is, of course, an important engineering requirement for the assessment of pure metals and alloys for their use, for example, in aerospace and petrochemical applications.

Current Accepted Determination of the Melting Point of Osmium

The measurement of Douglas and Adkins corrects straightforwardly to ITS-90 as 3287 K, but the correction to the measurement of Knapton et al. is more complicated. They actually determined the melting point three times, and obtained an average value of 3335 K. In the same experiment they also determined the melting points of molybdenum, tantalum and tungsten, as 2883 K, 3293 K and 3648 K, respectively. These values were compared with respective literature values of 2893 K, 3273 K and 3653 K. Using these values they obtained a correction curve and this resulted in a lowering of the average value of osmium to the reported value of 3318 K (4).

Proposed New Assessment for the Melting Point of Osmium

The same procedure is followed in this paper, but using current values for the melting points of molybdenum, tungsten and tantalum. As secondary fixed points on ITS-90, the melting points of molybdenum and tungsten are 2895 K and 3687 K, respectively (5), while for tantalum a value of 3290 K is selected as an average of the determinations of 3291 ± 10 K (Rudy and Harmon (6)) and 3288 ± 10 K (Hiernaut et al (7)) after correcting the original melting point values to ITS-90. The resultant corrected value for osmium then becomes 3334 K, which is obviously dependent on the value chosen for the melting point of tantalum.

In agreement with Hultgren et al. the melting point value of Rudy and Harmon was particularly chosen – because of the very high purity of the sample used. In later measurements Hiernaut et al (8) obtained a different melting point for tantalum of 3260 K but without giving any explanation as to the difference from the earlier value.

Extrapolation of Melting Point Values to 100 per cent Purity

If a metal contains a small amount of a known impurity and the melting behaviour of the alloy system is known, then the melting point of the pure metal can be estimated with a reasonable degree of accuracy by extrapolation to 100% purity. This procedure proved to be most accurate in correcting the melting points of hafnium contaminated with zirconium (9).

However, for the two osmium samples of Douglas and Adkins, and Knapton et al., the major impurities were not given. Assuming that they were most likely to be other platinum group metals then a consideration of the phase diagrams of the binary alloys for osmium-platinum group metals (10) indicates that the melting point corrections cannot exceed 10 K. However, it would be 10 K in both cases, so that the two melting point determinations would then be incompatible. It is therefore likely that other contaminating elements were present, and unless these elements are known the melting points cannot be corrected using this method.

Thus, following a suggestion published in 1962 by Szabo and Lakatos (11) which involves the extrapolation of the melting points of samples of known impurity to 100% purity, an estimate of the melting point of the pure osmium metal can be made by extrapolating the temperatures of 3287 K for 99.5% purity, and 3334 K for 99.7% purity, to 100%. This leads to a value of 3405 K. However, in view of all of these assumptions the result cannot possibly be reported to this degree of accuracy. Thus, a severely rounded value of 3400 K is suggested, with an accuracy of ± 50 K to take into account not only the level of accuracies of the individual values but also the fact that the reported purities of the samples were somewhat approximate.

An attempt has been made here to estimate the melting point of pure osmium. However, in order to properly assess periodic trends it would be useful to have an accurate determination of the melting point carried out on high purity metal and using modern equipment in an oxidation-free environment.

Osmium is the neglected element of the platinum group metals, but now as it is available in very high purities, it may be possible to consider it alongside its analogue ruthenium, which has many chemical uses. Indeed, osmium is gaining recognition for use in the manufacture of fine chemicals and a limited number of pharmaceutical applications, and research is being done on using osmium catalysts in pharmaceutical processes, although availability, toxicity and recovery are issues to be looked at. While osmium also finds use in decorative processes, probably its largest use is for staining specimens for microscopy. 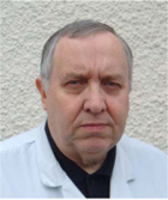 John W. Arblaster is Chief Chemist, working in metallurgical analysis on a wide range of ferrous and non-ferrous alloys for standards in chemical analysis, at Coleshill Laboratories in the West Midlands of England.

He is interested in the history of science and in the evaluation of the thermodynamic and crystallographic properties of the elements.