An Overview of Supported Metal Catalysts

An Overview of Supported Metal Catalysts

This book is Volume 5 in the open-ended “Catalytic Science Series”, dedicated to an in-depth description of catalysts and their extensive applications. Prior volumes are: “Environmental Catalysis”, “Catalysis by Ceria and Related Materials”, “Zeolites for Cleaner Technologies” and “Isotopes in Heterogeneous Catalysis” (Volumes 1 to 4, respectively). “Supported Metals in Catalysis” presents recent developments in characterisation and application of supported metals in heterogeneous catalysis – a truly mammoth task for one publication. While the book is not dedicated to the use of platinum group metal (pgm) catalysts, they do feature throughout, reaffirming their vital role in the world of heterogeneous catalysis.

As with many other publications on heterogeneous catalysis, this book can be divided into three main categories: preparation, characterisation and application. The first chapter describes the preparation methods used in the manufacture of supported metal catalysts, namely impregnation and precipitation. Even though this chapter is biased towards impregnation techniques, it provides a useful insight into the design and optimisation of catalysts prepared on various support media (powder and monolith).

Chapters 3 and 4 concentrate on various aspects of catalyst characterisation. The authors admit it would be impossible to describe in detail, in only a few chapters, all the methods used for the determination of the physical and chemical properties of metal catalysts. However, the reader is provided with a good foundation with which to explore the range of spectroscopic techniques available, with specific examples of their utilisation for in situ characterisation of metal catalysts. Chapter 4 is worthy of particular mention, where methods used to determine dispersion and support metal crystallite size are discussed. This subject matter has formed an integral part of many doctoral theses, and many would have undoubtedly benefited from reference to this book.

The remainder of the book is dedicated to specific areas of heterogeneous catalysis, with comprehensive reviews covering subject matter as diverse as the catalytic activation of C1 compounds and the reforming of naphtha, to the production of hydrogen and synthesis of fine chemicals. The catalytic abatement of pollutants emitted from the flame combustion of fossil fuels for transport applications is also introduced. It could be argued that a much more in-depth investigation than the book provides is required for a comprehensive understanding of the vast body of research carried out in this particular field over the past 30 years. However, for a relative newcomer to this area, the subject matter is well introduced and encourages the reader to delve further into automotive catalysis, as, indeed, do all the other sections for their particular fields. In essence, such encouragement forms the primary aim of this publication, and in this it excels brilliantly.

Catalysts for the manufacture of fine chemicals have been a major, and almost exclusive, focus throughout my career, and I have had the pleasure of working alongside the authors of Chapter 9, who deal with this topic. Dr Richard Wells, now at the University of Aberdeen, who advised me throughout my Ph.D., and my colleague, Dr Peter Johnston, whose pensmanship is recognisable, even under the name Peter Johnstone.

The greatest challenge posed by the fine chemical industry to catalysis is the need for ever-increasing selectivity to a desired product. Selective hydrogenation alone warrants many chapters in this series of books. In this volume, the authors cover the much publicised hydrogenation of butadiene and α,β-unsaturated carbonyl compounds, but I would encourage them (and those reading) to investigate further the role of heterogeneous catalysts in the selective hydrogenation of molecules containing functions such as aromatic rings, heterocycles, nitro groups and nitriles, halides and protecting groups. Catalysts capable of selectively hydrogenating the aforementioned groups, in the presence of others, are in high demand, and the pharmaceutical, agrochemical and fine chemical industries would value them greatly.

As Professor Geoffrey Bond states in the preface, no single mind can fully comprehend the entirety of a subject as diverse as supported metal catalysts. The book does not aim to do this, but presents each chapter in a readable manner, with overviews of the critical aspects of the subject and a thorough reference list for the reader to find greater detail if they wish. As a stand-alone publication, it provides good reference to aspects of heterogeneous catalysis. As part of the “Catalytic Science Series” it is an invaluable tool to research students and industrial chemists in catalysis. 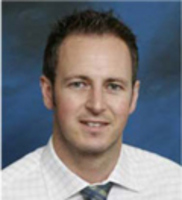 Neil McGuire is a Senior Development Chemist (Catalyst and Chiral Technologies) at Johnson Matthey Catalysts in the U.K. His main interests are platinum group metal heterogeneous catalysts for use in the pharmaceutical, fine chemical and agrochemical industries.