Mechanisms of Volume Diffusion of Gold into Single Crystal Iridium

Mechanisms of Volume Diffusion of Gold into Single Crystal Iridium

EVIDENCE THAT VOLUME DIFFUSION, INTRINSIC OR EXTRINSIC, DEPENDS ON THE ATMOSPHERIC COMPOSITION WHICH OCCURS DURING ANNEALING OF SINGLE CRYSTAL IRIDIUM

Iridium crucibles, examined after being used in the extraction of gold and silver from residues remaining after zinc manufacture, showed an anomalously high permeability to substitutional components and impurities, such as gold. To discover the cause of this high permeability, the volume diffusion of gold into nominally pure single crystals of iridium (single-Ir), annealed under ultrahigh and technical grade vacuums, UHV and TGV, respectively, was studied at temperatures from 1300 to 2000 K. The coefficients of volume diffusion of gold into single-Ir were measured by secondary ion mass spectrometry. The activation enthalpies measured for volume diffusion of the gold were: (QAuIr)UHV = (423 ± 5) kJ mol−1 and (QAuIr)TGV = (193 ± 27) kJ mol−1 in UHV and TGV, respectively, for annealing single-Ir. On annealing in TGV, interstitial impurities formed vacancy-impurity complexes (VICs). The binding energy of the VIC components (EVIC)Ir = (116 ± 16) kJ mol−1. In TGV, the gold diffusion was determined by ‘extrinsic’ vacancies dissociating from the VICs. At typical working temperatures for iridium the concentration of the ‘extrinsic’ vacancies was several thousand times larger than the concentration of the equilibrium ‘intrinsic’ vacancies. The ‘extrinsic’ vacancies are responsible for the high coefficient of volume diffusion and the corresponding anomalously high mass transfer of gold into iridium during TGV annealing.

Iridium (Ir) is a noble metal with the highest melting point, 2719 K, of all the face centred cubic metals (1). It is a secondary fixed point on the International Temperature Scale (ITS-90) (2), and is used as a high-temperature and heat-resistant construction material (3–5). The working temperature of Ir is from ∼ 1300 to 1800 K, ∼ 0.48 to ∼ 0.67 Tm (Tm is the melting point of Ir). Over this temperature range, Ir crucibles are used in the extraction of gold (Au) from zinc scrap. At these temperatures, the ‘impurity’ mechanism of volume diffusion in metals can be seen more clearly, and the diffusion of impurities (in this case Au through Ir) has been found to be many orders of magnitude higher than estimates made by measuring the coefficients of volume self-diffusion in Ir (6).

Theoretical and experimental studies of the atomic mechanisms of diffusion and of typical features of volume diffusion indicate that atomic mechanisms are an efficient tool for analysing microscopic interactions between point defects (vacancies and impurities) participating in diffusion. The parameters of volume diffusion in solids are determined by mutual interactions between such point defects (6–13).

The effect of substitutional and interstitial impurities on the diffusion parameters of atoms used as atomic probes in metals has previously been studied (13–19). Work has also been done on the thermodynamics of formation of vacancy-impurity complexes (VICs) in interstitial solid solutions, and thermodynamics has been used to describe the diffusion of substitutional atomic probes in interstitial solid solutions of carbon in iron (C(Fe)) and carbon in palladium (C(Pd)) (15–18).

The formation of a VIC flow during carbon diffusion in platinum has been vividly demonstrated (18, 19). Pores formed in the diffusion zone, where carbon had diffused into the platinum, due to the condensation of ‘extrinsic’ vacancies released during thermal dissociation of the VICs. The binding energy of the VIC components in the platinum is: −|EVIC| > 50 kJ mol−1.

This paper presents results of a study of the volume diffusion of Au into single crystals of Ir (single-Ir) of 4N (99.99%) purity during annealing in an ultrahigh vacuum (UHV) and a technical grade vacuum (TGV). The single-Ir crystals were grown at the Ekaterinburg Non-Ferrous Metals Processing Plant. Single crystals do not have grain boundaries. Coefficients of volume diffusion in TGV, (DAuIr)TGV, were measured in single-Ir annealed in a TGV at the working temperatures of Ir. The values obtained were several thousand times larger than coefficients of volume diffusion, (DAuIr)UHV, measured for the same samples in UHV. This is due to a new diffusion mechanism found during annealing in TGV. The mechanism involves ‘extrinsic’ vacancies which arise from dissociation of the VICs.

The profile of diffusing species (the diffusant) within a homogeneous sample is described by Expression (i) (6):

The activation enthalpy, Q, for volume diffusion is given by the relationship (iii):

where R is the gas constant and T is the annealing temperature.

The interaction energy (binding energy) EVIC, of the components in the VICs is determined from Expression (iv) (12–14):

where QVIC is the activation enthalpy for diffusion by ‘extrinsic’ vacancies dissociating from VICs.

Gold Profiles in Single-Ir after Annealing in UHV or TGV

The volume diffusion of Au in Ir was studied using single-Ir. The materials, their preparation and measurement by secondary ion mass spectrometry (SIMS) are described elsewhere (20, 21). The dependence of ln IAu(y2), where IAu is the intensity of secondary Au ions, recorded during SIMS analysis of single-Ir annealed in TGV or UHV, and y2 is the square of the depth (y) in the Ir, is shown in Figures 1 and 2 (see Expressions (i) and (ii)). The same samples were annealed alternately in UHV or TGV in a random sequence of annealing temperatures.

Straightened gold profiles in single-Ir annealed in TGV and measured by secondary ion mass spectrometry (SIMS) using primary O+ and Cs+ beams. The straight lines were drawn using the least squares method. The depth scales of the given profiles were extended by applying the following coefficients: (1) × 85; (2) × 50; (3) × 20; (4) × 1

The profiles of all the measured diffusion zones were characteristic of volume diffusion (7), that is, the dependencies, ln IAu(y2), were linear over a broad range of concentrations and remained linear up to the initial surface of the samples. In all cubic crystals the crystal orientation is not important for diffusion (6).

Arrhenius dependencies of the coefficients of diffusion, DAuIr, in single-Ir annealed under UHV (O) and TGV (Δ) conditions. The straight lines were drawn using the least squares method

Values for Parameters: D0 and Q of the Arrhenius Dependencies of Self Diffusion (7) and Volume Diffusion of Gold in Single Crystals of Iridium, and for the Binding Energy EVIC between VIC Partners

This concentration of interstitial impurities that form VICs in single-Ir, Cinterst ≅ (1–10) × 10−6 at. parts, is natural. The coefficients (Di) of diffusion DUHV and DTGV of gold in Ir are related to the concentrations CVac,i of intrinsic or extrinsic types of vacancies and their diffusion coefficients DVac (6):

Effects of VIC Participation in Mass Transfer of Impurities in Iridium

The industrial use of Ir as crucibles and sheathings that are heated in air at temperatures from 1300 to 1800 K, leads to the Ir being loaded with interstitial impurities, such as carbon, oxygen, hydrogen and nitrogen, from the ambient atmosphere or from the processed contents of the crucibles. Under these conditions, alloying iridum which contains these interstitial impurities causes, besides Ir embrittlement, saturation of the Ir volume with VICs which, as described, supply excess ‘extrinsic’ vacancies that dissociate from the VICs.

Consequently, all substitutional impurities become capable of diffusing from the body of the Ir crucible through the walls. Their diffusion coefficients are several orders of magnitude higher than the diffusion coefficients for the same impurities in VIC-free Ir, see Figure 3. This explains the high permeability of Ir walls to impurities such as gold. In addition, the accumulation of VICs and pores adjacent to internal interfaces, including grain boundaries, causes fast creep in the Ir sheath (3) and intercrystalline fracture, which appears as a specific intercrystalline embrittlement (23).

In order to prevent the appearance and growth of VICs in Ir used at high temperatures in air, it is necessary to alloy the Ir with components that have a larger affinity for interstitial impurities than Ir, and form VICs with the impurities. Such VICs must possess the highest binding energies, EVIC.

Typical components that will bind all interstitial impurities (oxygen, carbon and nitrogen) are hafnium or thorium, etc. Their melting points and their binding energy with the interstitial impurities are much higher than those of Ir. With this method of preventing VIC formation, the lifetime of products made from Ir-based alloy is determined by the components of the complexes formed in the Ir.

When electrodes of Ir alloys containing several weight percent of rhenium and ruthenium were used to weld vessels made of Ir rolled stock, the permeability of Au into Ir was considerably inhibited in walls near the weld seams. This result confirms our conclusion concerning the positive outlook for alloying Ir with elements that have a larger affinity for interstitial impurities than Ir.

The activation enthalpy of volume diffusion of Au in single crystals of Ir annealed in TGV is almost half the value of the activation enthalpy of the volume diffusion of Au into single crystals of Ir annealed in UHV. This difference is explained by the decisive contribution from ‘extrinsic’ vacancies that dissociate from the VICs, and is the cause of the large diffusivity of substitutional Au during TGV annealing.

The large negative binding energy of the VIC components, −(116 ± 16) kJ mol−1, indicates that VICs are formed by vacancies with interstitial impurities (oxygen, hydrogen, nitrogen), that alloyed with single-Ir during TGV diffusion. When products manufactured from Ir are heated to high temperatures in air, Ir alloys are doped with the interstitial impurities, which form the basis of the VICs and thus determine the ‘extrinsic’ mechanism of the volume diffusion of substitutional components in Ir. 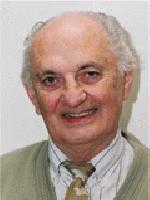 Professor Semyon M. Klotsman, Dr.Sc. (Phys. & Math.), is the head of the team at the Diffusion Laboratory, Department of Metal Nanostructures, Institute of Metal Physics (IMP), Ural Branch of the Russian Academy of Sciences (RAS). He deals with studies into fundamental properties of point (vacancies, impurities and their complexes) and two-dimensional (internal interfaces, grain boundaries in polycrystals) defects in solids. He is author of about 400 scientific publications in leading international physics journals. http://www.imp.uran.ru/ 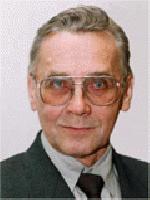 Sergey A. Matveev, a Senior Researcher at the Diffusion Laboratory, Department of Metal Nanostructures, IMP, Ural Branch of the RAS. He deals with synthesis of nonequilibrium metal nanostructures and analysis of their properties. 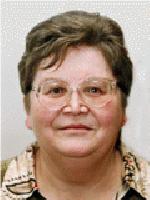 Galina N. Tatarinova is a Researcher at the Diffusion Laboratory, Department of Metal Nanostructures, IMP, Ural Branch of the RAS. Her scientific interests include regular features of diffusion in condensed matter. She is the author of about 100 scientific publications in leading international physics journals. 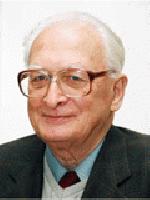 Andrey N. Timofeev, Senior Researcher, Cand.Sc. (Phys. & Math.), is a leading researcher at the Diffusion Laboratory, Department of Metal Nanostructures, IMP, Ural Branch of the RAS. He is interested in diffusion phenomena in metals and dielectrics. He is author of about 200 scientific publications in international physics journals. 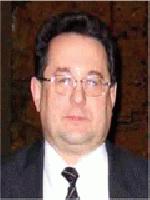 Alexander V. Yermakov, a Senior Researcher, Cand.Sc. (Phys. & Math.), is the Deputy Director of the Ekaterinburg Non-Ferrous Metals Processing Plant. He is the author of monographs and over 150 scientific publications and patents. His interests lie in the study of the properties and creation of industrial technology for the production of noble metals and alloys. 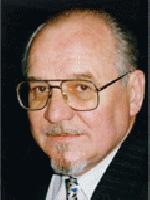 Vladimir K. Rudenko is a Principal Research Engineer, Cand.Sc. (Phys. & Math.), in the Research and Engineering Department at the Ekaterinburg Non-Ferrous Metals Processing Plant. He is the author of over 150 scientific papers and patents. He is involved in the creation of materials based on the noble metals, including materials for hydrogen power engineering, and investigates and analyses their properties.