Sulfur as a Catalyst Poison

Precious metal catalysts are crucial to the operation and economics of many hydrocarbon processing applications. Feedstock poisons impair the performance of a catalyst by reducing its activity, either via competitive adsorption onto active sites, or by alloy formation with active platinum group metal (pgm) sites. More stringent removal of harmful contaminants from hydrocarbon feedstocks is therefore essential to achieve the highest catalytic activity/selectivity, and an acceptable cycle length.

Several potential poisons are encountered in process streams. A major problem for catalyst suppliers is that plant operators often cannot supply a detailed analysis of the stream to be treated. Another issue is the accuracy needed to measure process contaminants which may be almost undetectable. These low level poisons gradually accumulate on the surface of a pgm catalyst, causing an inexorable decline in its activity/selectivity.

Poisoning can generally be classified as either reversible (temporary) or irreversible (permanent). After temporary poisoning, catalytic activity can be largely recovered by removing the poison source or by adequately cleaning the catalyst surface by air oxidation and/or steaming. The irreversible effect of permanent poisons is due to their being so strongly adsorbed that they cannot be adequately removed. Loss in catalyst activity often includes reduced cycle length, increased pressure drop in the reactor and increased carbon deposition.

Sulfur (S) species (H2S, RSH, RSSR…) are poisons (1) for all catalytic processes employing reduced metals as the primary active phase. They are generally considered temporary, although their effect can be permanent depending on the process conditions, ease of regeneration, etc. Pgm catalyst(s) react readily with H2S to form sulfides, which may or may not be stoichiometric. Sulfur may cause significant deactivation even at very low concentrations, due to the formation of strong metal-S bonds. Sulfur chemisorbs onto and reacts with the active catalyst sites, preventing reactant access. Furthermore, the stable metal-adsorbate bonds can lead to non-selective side reactions, which modify the surface chemistry.

Two reaction pathways are possible for S poisoning: bulk sulfidation and surface sulfidation, with the latter predominating. Initial surface sulfidation creates a diffusion barrier that hinders bulk sulfidation. Thus the pgm surface area per unit mass of catalyst must be optimised for maximum poison resistance. The temporary effect of S poisoning is used to advantage in the start-up of high-activity precious metal catalysts, such as platinum-based catalytic reforming catalysts. Fresh catalyst has too high an activity, and start-up conditions at feed-in may lead to thermal runaway, undesirable hydrocracking and dehydrogenation reactions. The above reactions can result in excessive carbon deposition, reduced yield and loss of cycle life. Low levels of S, introduced to the catalyst during manufacture or at start-up, are used to attenuate the initial high activity and allow the feed-in to be controlled without excessive coke laydown. Under normal operating conditions, with S-free feed, S adsorbed on the catalyst surface bleeds off, giving stable activity. From practical experience under normal operation, to prolong pgm catalyst life the concentrations of added H2S (and other S species) should ideally be < 10 ppb.

The effects of poisons cannot be completely avoided, but can be reduced by a purification system designed to protect the pgm catalyst. Sub-optimal purification may lead to unnecessary costs associated with a loss of process economics and catalyst (regeneration or replacement). But, these can be insignificant compared to unscheduled production loss at a major catalytic unit. 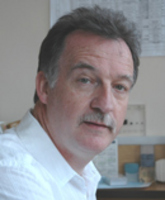