Role of Ruthenium in Organic Chemistry

Role of Ruthenium in Organic Chemistry

Editor Shun-Ichi Murahashi has brought together 13 chapters written by a range of experts in the field of ruthenium chemistry to produce this book. Each chapter gives a comprehensive account of a particular area of ruthenium-catalysed reactions.

The main body of the work begins with the lengthiest chapter (by M. Kitamura and R. Noyori), detailing hydrogenation and transfer hydrogenation. It is pleasing to find on the opening page a diagram of all the commonly referred to ligands and their abbreviations, which saves the usual frantic search for the definitions every few pages. This chapter, although well set out and organised logically in terms of reaction substrate and selectivity, is rather wordy and would benefit from its text being broken with additional figures.

Oxidation reactions are covered in the next chapter by the editor and N. Komiya. Good use of reaction mechanism schemes makes this account easy to follow without compromising on detail.

The next two chapters deal with carbon-carbon bond formations via ruthenacycle (by Y. Yamamoto and K. Itoh) and π-allylruthenium intermediates (by T. Kondo and T. Mitsudo), respectively. As the chapter titles suggest, the emphasis here is on the synthesis, structure and reactivity of the intermediates. This is complemented by exemplary catalytic reactions and their mechanisms, which are used successfully to illustrate the role of the intermediates in determining the outcomes of the reactions.

Nobel Prize winner R. H. Grubbs and T. M. Trnka contribute a very well written chapter describing ruthenium-catalysed olefin metathesis. This gives a history of the development of the ruthenium catalysts to meet new challenges posed by highly diverse substrates. A good balance is achieved between mechanistic aspects, simple examples, and the use of the catalysts in the synthesis of complex molecules.

A short chapter (by H. Nishiyama) on ruthenium-catalysed cyclopropanation follows. Although this area is dominated by rhodium and copper chemistry, the recent advances in the use of ruthenium catalysts that are becoming viable alternatives, are noted here.

The topics of nucleophilic addition to alkynes and reactions via vinylidene intermediates are tackled by C. Fischmeister, C. Bruneau and P. H. Dixneuf. This material is organised in terms of the nucleophile. Chapter sections decrease in length through O-, N-, P- and Si-nucleophiles, reflecting the relative levels of interest in each area. The use of carbonucleophiles is excluded from this account, but references to relevant recent reviews are given.

Reactions via carbon-hydrogen bond activations that are not covered elsewhere in the book are surveyed by F. Kakiuchi and N. Chatani. The emphasis throughout is on the role of chelation assistance in determining regioselectivity, and good use is made of interesting examples to illustrate the key points.

Ruthenium can also act as a Lewis acid catalyst; reactions where this is achieved by the formation of a σ-bond are described by R. F. R. Jazzar and E. P. Kündig (those using π-bonds are covered elsewhere in the book, although not necessarily labelled as Lewis acid catalysed reactions). Particular attention is paid to stereoselective reactions in this chapter.

A substantial chapter (by T. Mitsudo and T. Kondo) is devoted to ruthenium-catalysed reactions of carbon monoxide and carbon dioxide, reflecting the importance of this topic in industrial and environmental chemistry. A wide range of reactions is considered, from Fischer-Tropsch synthesis to numerous carbonylations and CO2 reductions.

The chapter on ‘Isomerization of Organic Substrates Catalyzed by Ruthenium Complexes’, by H. Suzuki and T. Takao, details rearrangements of alkenes, dienes and enynes, and the racemisation of secondary alcohols. The obvious criticism of this and the previous chapter is that they lack a summary or conclusions; this leaves these subjects at a rather abrupt end.

H. Nagashima briefly discusses ruthenium-promoted radical reactions, concentrating on Kharasch addition, addition of sulfonylchlorides to alkenes and polymer synthesis, before the book is brought to a close with a chapter on bond cleavage reactions.

Overall “Ruthenium in Organic Synthesis” provides a valuable information resource for anyone interested in this area. It is well organised; a comprehensive index allows rapid location of the area of interest. Although the style of writing varies between authors, most create a good balance between illustrative figures and text. For non-specialists in organic chemistry the mechanistic diagrams could be particularly useful. Each chapter constitutes a detailed description of a particular area. The reader is given a sound understanding of how the area has developed to date, and where it is likely to show progress in the future. Further information can be found from the plentiful references at the close of each chapter.

Examples of the applications of ruthenium-catalysed reactions used in industry are tackled to some extent, but I should have liked to see more on practical issues arising from them. Also, comparisons of the utility and performance of ruthenium catalysis with those of other catalysts and methods would have been desirable. While the book is let down by the large number of typographic and other minor errors, which begin to grate when taking it as a whole, nevertheless, a typical reader dipping into the book as reference material will find it rewarding. 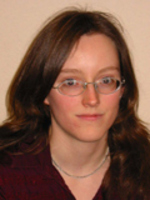 Laura Ashfield joined the Johnson Matthey Technology Centre after completing a doctorate on copper complexes with radiopharmaceutical applications at the University of Oxford. Her current principal interests include the homogeneous catalysis of carbon-carbon coupling reactions used in the synthesis of pharmaceuticals and fine chemicals.