Mercury as a Catalyst Poison

The effects of permanent poisons on platinum group metal (pgm) catalysts are irreversible (1). The poisons are so strongly absorbed that they cannot be adequately removed, even with aggressive remedial actions such as steaming or thermal regeneration.

Typical examples of permanent poisons encountered when processing hydrocarbon feedstocks would be contaminant metals such as nickel, copper, vanadium and, in particular, ‘heavy metals’ such as lead, arsenic and mercury (Hg). All these metals have a significant deactivating effect on precious metal catalysts, but the ‘heavy metals’ have a particularly dramatic impact. This is so even at very low concentrations, either present in the feedstock or accumulated on the catalyst.

The metals content of crude oils may vary from a few ppm to several thousand ppm, depending upon the geographical and geological origin of the crude. The primary refining process involves distilling and fractionating the crude into separate hydrocarbon ‘cuts’. Distillation tends to concentrate any metallic components in the oil residue. However, some organometallic compounds are volatilised at distillation temperatures; they therefore distribute in some of the higher-boiling distillate fractions which are then processed further for refinery and petrochemical applications.

Mercury is an increasingly common contaminant, detected in natural gas deposits, coal deposits and in some crude oils from a variety of geographical regions such as South East Asia, parts of the Middle East and South America. Hg may be present in a range of chemical forms, including elemental, ionic and organic, and as suspended solids, in concentrations ranging from a few parts per billion (ppb) to several thousand ppb.

Catalysts consisting of palladium supported on alumina are widely used for the selective hydrogenation of acetylenes in petrochemical processing (2). These catalysts are adversely affected by heavy metals that accumulate on the surface, and effectively alloy with the precious metal through dπ-dπ bonding. The result is to effectively remove active centres from the desired reaction scheme. Catalyst poisoning reduces yields and shortens catalyst life. It is therefore essential to reduce inlet Hg concentrations to < 5 ppb to achieve an economically acceptable service life. Hg poisoning, if left unchecked, may require an unplanned and premature catalyst change-out, with all its associated costs, including downtime. Unfortunately, it is not easy to detect and measure Hg at these very low concentrations as the metal is lost on sample lines and container walls. Exacting analytical methods and sampling techniques are necessary if the results are to be reliable and consistent. Neutron activation analysis and cold vapour atomic fluorescence spectroscopy have both proven successful for determining Hg concentrations.

The effects of poisons cannot be avoided completely, but they can be mitigated by a carefully designed upstream purification system to protect the pgm catalysts. Although the Hg compounds are not the most reactive, several products have been developed to remove Hg from both gaseous and liquid hydrocarbon streams. Elemental Hg and inorganic Hg species can be very effectively removed (to levels of less than 1 ppb) through surface adsorption on non-regenerable metal sulfide pellets in fixed-bed reactors at ambient temperature. Hg has a high affinity for sulfur, and the metal sulfide reacts chemically with the Hg impurity to form a stable mercuric sulfide.

Several approved disposal and treatment options are available for the Hg-laden spent absorbent. 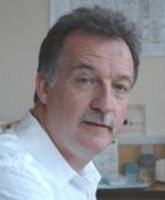