In January 2008 Sony announced the release of the first organic light-emitting diode (OLED)-based television (Figure 1) into the U.S. consumer market (1). This was a milestone in the development of materials that for over twenty years have been heralded as the successor to liquid crystal displays.

Side view of Sony XEL-1 television (Courtesy of OLED Display.net)

This new monograph on OLEDs joins a small but growing number of books on the subject, including a 2006 publication from Wiley-VCH entitled “Organic Light Emitting Devices: Synthesis, Properties and Applications” (2), which was reviewed in this Journal (3). The new book reviewed here concentrates on recent advances in the materials characterisation and development aspects of OLEDs. There is a strong emphasis on the special role played by the platinum group metal (pgm) complexes as dopants to improve critical light-emitting characteristics; see Figure 2 for examples. It is revealing that of the thirty-three contributors, over a quarter are from China, with the rest spread evenly between Japan, the U.S.A., Germany, The Netherlands and Switzerland; there are no U.K. contributors.

The reader of the book is required to be familiar with basic concepts in photophysics and coordination chemistry. Although much of the work is clearly very specialised, it should prove accessible to those seeking an introduction to the field. Complexes of the pgms (platinum, palladium, iridium, rhodium, osmium and ruthenium are all represented) dominate eleven out of twelve chapters, with in-depth reviews of the design, synthesis, modelling and behaviour of a fascinatingly diverse range of molecules. For the important Ir complexes, ligands include (as their anions): acetylacetonate (acac), 2-benzo[b]thiophen-2-yl-pyridine (btp), 1-phenylisoquinoline (1-piq) and 2-phenylpyridine (ppy). (See Figure 2(a) for ppy and Figure 2(b) for acac and btp.)

There is much less emphasis on OLED device architectures and the practical side of converting the science into working technology, such as material processing and durability.

The monograph is very well packaged, with a remarkably high standard of English and very few editing errors. It contains prolific, clear figures of molecular structures and performance data. Most of the chapters include a useful summary and conclusions at the end of the section, followed by references. The indexing and overall layout are exemplary, as you would expect for the price! The occasional repetition of the basics in some of the introductions will probably be useful to newcomers, like myself, who read this in the hope of quickly learning about the field. Conversely, those already knowledgeable should find plenty of detail to engage with. Gripes are minor; one or two of the photographs would have benefited from colour, a list of acronyms would have helped, and perhaps a summary of the pros and cons of small-molecule versus polymer materials in OLED devices would have been useful.

To conclude, this is an excellent book for physicists and chemists alike interested in the role of pgm complexes in OLEDs, and the challenge of building nanometre-thick multilayers of functional materials. 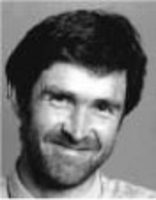 Rob Potter has worked in electrochemistry and photoelectrochemistry for over thirty years. Having joined Johnson Matthey, U.K., in 1986, he has spent much of his time since in research and development on fuel cells, electrochemical synthesis and, more recently, photovoltaics.