The annual Society of Automotive Engineers (SAE) Congress is the industry's largest conference and covers all aspects of automotive engineering. The 2008 World Congress was held in Detroit, U.S.A., from 14th–17th April 2008. There were upwards of a dozen sessions focused on vehicle emissions technology, with most of them on diesel. Most sessions had perhaps 100 attendees, but some had more than 300. This review focuses on key developments in diesel emissions control and catalysts from the conference.

The selective catalytic reduction (SCR) sessions had numerous papers describing zeolite catalyst durability to thermal, sulfur and rich exposure, along with some new formulations and configurations that improve durability and temperature range. Papers on lean NOx traps (LNTs) were more numerous than in the past, and, similarly to those on SCR, were rich in new compositions and configurations. Diesel particulate filter (DPF)-related papers were centred on improving regeneration, with a noticeable shift towards understanding the importance of soot–catalyst contact to promote lower temperature oxidation of the soot directly by oxygen in the absence of precious metal. Diesel oxidation catalysts (DOC) made a step forward with promoters to enhance oxygen adsorption.

Reference numbers given in parentheses are for SAE Technical Papers, which are available to purchase from SAE International (1).

Ford Motor Company scientists provided numerous papers describing various durability aspects of zeolite SCR catalysts. They showed how hydrocarbon storage and subsequent oxidation can expose catalysts to temperatures greater than 1000°C (2), and that copper-zeolites can break down under rich (λ = 0.98) and hot (650°C) conditions (3). Thermal durability and sulfur tolerance are not necessarily linked, and desulfation of zeolites can restore performance after sulfur degradation. Most significantly, new Cu-zeolites are thermally durable for long exposures to 800°C, and can tolerate 4 to 8 hour exposures to 900°C (4). This is enough for most SCR-DPF applications wherein the SCR can be exposed to high temperatures while soot is burned off the filter. In this regard, the first technical report was published by General Motors (GM) on integrating an SCR catalyst on a filter (5). The Cu-zeolite used in this study needs more thermal durability, but the performance was similar to that in which the SCR is separated from the DPF. Finally, zirconia-based SCR catalysts were described by Rhodia Electronics & Catalysts SA (6) that show better lower temperature performance than iron-zeolites, without nitrous oxide (N2O) formation in gas mixtures containing nitrogen dioxide (NO2).

Umicore described three LNT formulations with different attributes, such as better low- or high-temperature performance and better desulfation characteristics. They are all used in an integrated deNOx system to optimise overall performance (7). Nissan put an LNT catalyst on top of a hydrocarbon adsorbing layer to develop synergies, wherein the hydrocarbons desorb during LNT regeneration to form more hydrogen than otherwise, helping performance (8). Toyota improved their LNT formulation by preserving platinum grain size with a ceria-based support and by improving desulfation with titania additions (9). Ford described an alumina-based LNT that performs well at low temperatures, suitable for positioning after a DPF, for example (10). Rhodia introduced a ceria and barium- or lanthanum-stabilised alumina LNT that has better sulfur tolerance and NOx storage capacity than typical alkaline earth types, and promotes the water-gas shift reaction that yields ammonia formation for a downstream SCR (11). Finally, a new sensor that measures the impedance of the LNT catalyst to infer the state of adsorption capacity was described by Daimler (12).

Building upon the reports of last year on direct oxidation of soot by oxygen-storage catalysts (13, 14), Haldor Topsøe showed transmission electron microscope (TEM) photographs of soot reacting with ceria (15). Aristotle University of Thessaloniki, Greece, showed that oxide catalyst formulation can improve soot oxidation kinetics (16), with a rare earth modified ceria-zirconia catalyst showing direct soot oxidation by lattice oxygen at 350°C in thermogravimetric analysis (TGA) experiments. In a sister paper, tight contact is promoted by the coating technique (17), with sequential coating of a highly-dispersed Pt layer on a mixed oxide layer showing the best TGA performance out of four coating methods tested. In the same paper, low-porosity ceramic substrates promoted better soot–catalyst contact, and a report by NGK Insulators, Ltd, quantified the benefit of keeping the soot in a filter cake layer using an inorganic membrane approach (18). Ibiden Co Ltd, with Aristotle University, showed the benefits of spreading the soot over more surface area, using DPF substrate design to enhance soot–catalyst contact (19). In a rather profound paper, Umicore showed (20) that direct oxidation of soot by lattice oxygen can occur at 260°C, and that when LNT material is added to the DPF to inhibit NO2 oxidation of soot, direct oxidation of soot is promoted and is better than NO2 oxidation. Finally, the University of Wisconsin-Madison, U.S.A., developed a method using DPF wafers to study catalyst–soot–substrate interactions for fundamental study (21).

Nanostellar (22) showed that chemically promoted Pt catalysts create “carbon monoxide (CO) exclusion zones” to promote oxygen adsorption at low temperature. The oxidation temperature for 50% conversion of CO dropped by 100°C, and that of propylene by 40°C. On a vehicle, CO and hydrocarbon emissions dropped 45% using the new catalyst compared to the original equipment manufacturer (OEM) version. They also presented data for platinum/palladium/gold formulations with equal or better performance and durability compared to Pt/Pd formulations.

From this reviewer's perspective, the SAE 2008 World Congress was richer in diesel emissions technical papers than in previous years. The SCR durability work shows the complexities and limitations of zeolite-based SCR. We are also seeing a new family of SCR catalysts based on acidic zirconia. LNTs are moving forward and are emerging as a viable deNOx strategy for vehicles, with the first such applications currently in the showrooms. On DPFs, the direct oxidation of soot by oxygen at the soot–catalyst interface at temperatures as low as 260°C perhaps shows a pathway to a passive DPF. Finally, DOCs are beginning to meet the challenge of addressing high levels of low-temperature hydrocarbon and CO emissions from advanced combustion engines. 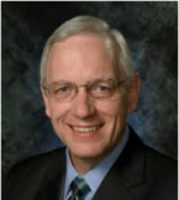