“Photochemistry and Photophysics of Coordination Compounds” Parts I &amp; II

“Photochemistry and Photophysics of Coordination Compounds” Parts I & II

TOPICS IN CURRENT CHEMISTRY, Volumes 280 and 281

This pair of books, of 600 pages altogether, is a set of reviews describing (as the title suggests!) the photochemical and photophysical properties of coordination complexes of various d-block and f-block ions. The chapters on d-block ions are based on one element each; the lanthanides (f-block ions) are considered as a set in a single chapter. Part I starts with a brief chapter on the basic principles and processes of molecular and supramolecular photochemistry, briefly covering topics such as absorption and emission; quenching of excited states; photoinduced energy- and electron-transfer; the antenna effect; and possible future directions in the field.

Given that the interaction of light with molecules is fundamental to numerous topical areas such as photocatalysis, optical information transfer and data storage, optical computing, analytical and sensing methods, biomedical imaging and therapy, and – perhaps most importantly – solar energy harvesting, this is a very timely collection of articles written by acknowledged research leaders, which concentrates on recent developments and future directions. As such the books are pitched at the research level and will be valuable to both new and experienced researchers in the field.

Apart from the general introduction – which is very clearly written and would make an excellent tutorial for new Ph.D. students in the field – all of the chapters cover particular metals. These are chromium, copper, ruthenium, rhodium, the lanthanides, rhenium, osmium, iridium, platinum and gold. Clearly the coverage of the Periodic Table is far from complete, but complexes of these metal ions account for more or less all of the photophysically interesting coordination chemistry of the last twenty years or so, and examples from all other parts of the Periodic Table added together would barely make one more chapter. The chapters containing platinum group metals (pgms) are accordingly those covering Rh, Ir, Ru, Os and Pt, and these will now be discussed individually. Palladium is not covered in these books.

Photophysics and Photochemistry of PGM Complexes

The chapter on Rh complexes, by Franco Scandola and coworkers (Part I), is especially timely, because there have been few other reviews on photophysics of Rh complexes, so this chapter is the definitive current review of the field. A brief introduction on the basic properties of Rh(III) complexes of polypyridine ligands such as bipyridine and terpyridine derivatives is followed by sections covering the properties of cyclometallated complexes, the ability of Rh(III) polypyridines to act as electron donors in their excited state, their ability to intercalate to and cause photocleavage of DNA, and to participate in long-range electron-transfer processes when bound to DNA.

Ir has almost overtaken Ru as the ‘hottest’ element in this field, with a huge surge of interest in its complexes in the last decade or so, principally due to applications in organic light-emitting diode (OLED) display devices: as the introduction points out, 90% of luminescent Ir(III) complexes have been reported in the last six years (at the time of writing). The chapter, by Francesco Barigelletti and coworkers (Part II), starts with a brief outline of the photophysical and spectroscopic properties of octahedral Ir(III) complexes, before describing the wide range of complexes in which the luminescence can be tuned, by appropriate ligand design, to be anywhere in the visible region – which explains the particular interest in Ir(III) complexes for display applications. The fact that Ir(III) complexes can have a wide variety of different types of excited state that are all emissive (metal-centred, ligand-centred, charge-transfer, etc.) is discussed, as are dinuclear complexes, the participation of Ir(III) complexes in photoinduced energy- and electron-transfer processes, and more sophisticated polynuclear arrays for achieving long-lived charge-separation.

The chapter on Ru complexes by Vincenzo Balzani and coworkers (Part I) is – not surprisingly – the largest at nearly 100 pages. The extensive introduction on the basic properties of Ru(II) polypyridine complexes is not very different from that published twenty years ago in a famous article in Coordination Chemistry Reviews (1), but most of these principles have not changed since they were first understood in the 1970s and 1980s. The ‘chemistry’ part of the chapter sensibly concentrates on the extensive recent use of Ru(II) polypyridines in supramolecular assemblies, including energy- and electron-transfer processes; multinuclear and dendrimeric complexes; polymeric systems; use of Ru complexes in ‘artificial photosynthesis’, photocatalysis and photogeneration of hydrogen; molecular machines which undergo light-triggered, reversible, structural changes; and dye-sensitised solar cells for solar energy conversion. Given the magnitude of the field, the authors have done an excellent job of selecting examples which illustrate the most interesting recent advances and future possibilities.

The chapter on Os(II) complexes from Russell Schmehl and coworkers (Part II) follows a similar pattern, and concentrates particularly on work published since the year 2000. Consequently there is no ‘fundamental principles’ section, which would be superfluous anyway since most of the extensive introduction to the Ru chapter applies just as well to the Os analogues. The areas of particular recent interest on which this chapter is focused are classical mononuclear complexes, and photoinduced energy- and electron-transfer processes in polynuclear assemblies. Due to the relatively low energy of the emissive metal-to-ligand charge-transfer (MLCT) state, Os(II) polypyridine units have been particularly extensively studied as the energy-acceptor in dinuclear Ru/Os systems in which Ru → Os energy-transfer is studied across different types of bridging ligand or non-covalent connections. Organometallic Os complexes are also mentioned, as a departure from the more ubiquitous polypyridine-type Os(II) species, and the chapter concludes with a brief look at applications of Os complexes in sensors and biological applications, photovoltaic cells and OLED display devices.

The photophysics and photochemistry of Pt(II) complexes, described in the chapter by Gareth Williams (Part II), is significantly different from those of the other pgms in that it is dominated by square-planar complexes with a d8 configuration rather than octahedral complexes with a d6 configuration. The differences that this causes in photochemical and photophysical properties are clearly described from the outset. As with the Ir(III) complexes, much of the work is recent and this review is particularly timely. The chapter concentrates on complexes containing at least one pyridine-type ligand and systematically covers complexes of simple polypyridine ligands such as bipyridine and terpyridine with co-ligands such as halides, cyanides, acetylides, thiolates and phosphines. There is an extensive section describing cyclometallated complexes with mixed N/C donor sets from the main ligand. Applications of the complexes such as photo-oxidation, luminescent sensing, and use in OLED display devices are highlighted where appropriate rather than being treated in separate sections.

Overall, this pair of books is an extremely valuable resource, providing in one place the most comprehensive and up to date summary of the basic principles, main advances and current directions in the field of photophysics and photochemistry of coordination compounds that is available. The editors (Balzani and Campagna) are amongst the most distinguished researchers in the field and have themselves done much to define the area over recent decades; and for anyone working in the field the names of the chapter authors will be immediately recognisable. The copies I was sent for review have been extensively referred to over the last few months and will get heavy use for many years to come.

Photochemistry and Photophysics of Coordination Compounds I LINK http://www.springer.com/chemistry/physical/book/978-3-540-73346-1 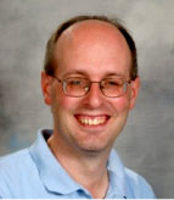 Mike Ward has been Professor of Inorganic Chemistry at the University of Sheffield, U.K., since 2003 and is currently Head of Department. Before that he spent thirteen years at the University of Bristol, U.K., as lecturer/reader/professor in the School of Chemistry. His interests cover all aspects of the synthesis, characterisation and properties of transition metal-based supramolecular assemblies, with a particular emphasis on the photophysical properties of polynuclear systems displaying inter-component photoinduced energy- or electron-transfer. He is author or co-author of over 300 publications, and his research was recently recognised by the award of the 2005 Royal Society of Chemistry prize for Chemistry of the Transition Metals.