Under the Platinum Development Initiative, platinum-based alloys were being developed for high-temperature and special applications requiring good corrosion and oxidation resistance. Work on ternary alloys had previously identified that the best of these alloys for both mechanical properties and oxidation resistance were Pt-Al-Cr and Pt-Al-Ru, as reported in Part I of the present series (1). This paper (Part II) describes transmission electron microscopy work undertaken on a range of ternary alloys to understand the strengthening mechanisms of the alloys, ascertain the nature of the ∼ Pt3Al precipitates and deduce the misfits between the precipitates and the matrix. A binary Pt-Al alloy was also studied in an attempt to resolve the two different versions of the phase diagram. A modified D0′c tetragonal version of one of the lower temperature forms of ∼ Pt3Al was discovered. The transformation producing the D0′c structure was confirmed as displacive, since there were distinct bands in the precipitates, which were identified as twins at higher magnifications. The dislocation interactions were also studied, and found to be more complex than nickel-based superalloys, mostly due to the different precipitate types.

This is the second paper of a series of four on the work undertaken under the auspices of the Platinum Development Initiative (PDI), which was in operation from April 1997 until October 2007, comprising Anglo Platinum, Impala Platinum, Lonmin (previously Lonrho) and Mintek. The aim was to encourage new research into Pt-based alloys which would eventually lead to an increased use of Pt (1). Earlier reviews have already been published on the development of the thermodynamic database used to calculate phase diagrams, phases and phase proportions (2–4). It had been found that the addition of ternary alloying elements, and in particular chromium and ruthenium, was beneficial. More extensive work was carried out on the phase relations, and Cr was found to stabilise the cubic form of the ∼ Pt3Al phase, whereas Ru acted as a solid solution strengthener (5–7).

An extensive transmission electron microscopy (TEM) investigation was undertaken in order to try to understand the differences between the precipitates in the different alloys. Since the Pt-based alloys had been conceived as analogues of the nickel-based superalloys (NBSAs), the same terminology can be used here as for the NBSAs. Thus, the Pt-rich solid solution, (Pt), is γ and the ∼ Pt3Al precipitates are γ′.


Structure of Low-Temperature Pt3Al in the Binary Alloys

It was necessary to ascertain the lower temperature structures of the Pt3Al phases in a representative binary alloy before deriving the strengthening effects in the ternary alloys. As for all the alloys described here (11–19), the samples were made originally by arc-melting, then annealed for 96 h at 1350°C, before deformation to 0.2% proof stress, and then 3 mm diameter cylinders were cut by spark erosion. The TEM samples were sectioned as discs of 1 mm thickness, mechanically lapped to 100 µm and dimpled to 30 µm. Low angle (4°) argon ion milling was carried out at room temperature, using an acceleration voltage of 4 kV before perforation on a Gatan Inc 691 Precision Ion Polishing System (PIPS™) ion mill.

The atomic structure of the tetragonal (D0′c) phase of Pt3Al was constructed by using the atomic positions determined by Bronger et al. (20) for the space group P4/mbm. The unit cells were constructed using the JEMS software package from P. A. Stadelmann, CIME-EPFL, Lausanne, Switzerland, which was also used to simulate the diffraction patterns. The unit cell construction was repeated using the MacTempas software package from Total Resolution LLC, Berkeley, U.S.A., which gave the same results, and high resolution images were also simulated.

Figure 1 is a bright-field TEM image of a typical Pt3Al precipitate in the Pt86:Al14 (at.%) alloy, containing a number of stacked plates or laths (P) characteristic of alloys in which a martensitic transformation has occurred, in a (Pt) solid solution matrix (M). Electron diffraction analysis of the stacked plates revealed that they were in twin orientation to each other. The [001] directions (or c-axes) of the tetragonal D0′c unit cells are perpendicular to one another in adjacent plates, and the twin plane is {112}. These [001] directions were parallel to the 〈100〉 type directions in the cubic matrix, consistent with Khachaturyan and Shatalov (21). Comparison of the experimental primary spots in the [110] selected area diffraction (SAD) with the simulated D0′c diffraction pattern revealed some differences. There were no experimental 〈001〉 and 〈003〉 reflections, and there were extra experimental spots with reciprocal lattice vectors ± 1/3[002] and ± 2/3[002]. The reflections at ± 1/3[002] indicated that the precipitate phase had a tetragonal unit cell with a c-axis 1½ times that of the D0′c unit cell.

Bright-field TEM image of a Pt3Al precipitate in a Pt86:Al14 (at.%) alloy (19). P = stacked plates or laths; M = (Pt) solid solution matrix. The arrows indicate individual platelets inside the plate of stacked platelets in the region below 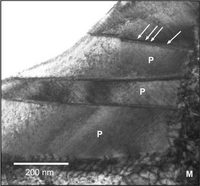 After studying the high-temperature compressive strengths of Pt-Al-Z alloys (where Z = chromium, iridium, ruthenium, tantalum or titanium) (1, 11, 22, 23), reasons for the different strengths were sought, and TEM was used to study the precipitate structures of the various alloys at the different testing temperatures. The samples had only a small amount of deformation (11). The precipitates showed at least a bimodal distribution, which could even be interpreted as a trimodal distribution (Figure 3(a)) (24). The elements Cr, Ta and Ti partitioned to ∼ Pt3Al and stabilised the cubic L12 structure, giving precipitates of cuboid appearance with no discernable inner structure (Figure 3(a)). Conversely, Ir and Ru partitioned to the matrix, and the precipitates transformed to the D0′c structure (Figure 3(b)), with alternating contrast bands. These are acknowledged as being due to the twinning of the stacked plates and the modified D0′c structure (19), although the transformation had already been recognised as displacive (8, 9).

The lattice misfits between the matrix and precipitate phases were also measured at room temperature and at 800°C by X-ray diffraction (XRD) on a JEOL JDX-3500 diffractometer, with a copper source (11). The (220) peak was used to derive the (Pt) lattice parameters, (112) was used for tetragonal D0′c ∼ Pt3Al, and (211) was used for cubic L12 ∼ Pt3Al. Lattice misfits, δ, were then calculated from these measurements, using Equation (i) (25):

where appt denotes the lattice parameter for the ∼ Pt3Al precipitate phase and amatrix denotes the lattice parameter for the (Pt) matrix phase. The results are presented in Table I. There was little difference between the misfits at different temperatures, and they were all negative. With the exception of the Ru alloy, all the other alloys showed an increased misfit at the higher temperature. The misfits were lower for the L12 phases (Cr, Ta and Ti alloys) than for the lower temperature D0′c structure (Ir and Ru alloys).

Since the interaction of dislocations with the precipitates determines the mechanical properties, it was decided to study these interactions using TEM, and to compare the different effects of the ternary addition on the ∼ Pt3Al precipitates. Different alloying additions are known to stabilise the high-temperature form: Cr, Ta, Ti (11, 26) and cobalt, hafnium, iron, manganese and zirconium (26, 27). Compression samples had been used before (11, 22, 23), and new samples were made from these to study the dislocation content and precipitation characteristics. The samples had been compressed at different temperatures (21°C, 800°C, 1000°C and 1300°C) for Pt86:Al10:Z4 (at.%) alloys where Z = Cr, Ir, Ru, Ta and Ti (18). Lattice parameters of the (Pt) matrix phase in Pt-Al-Z (Z = Cr, Ru and Ti) alloys were derived from selected area electron diffraction (SAED), and all the patterns were 〈112〉-zone type. The results were slightly different from those of Hill et al. (11); this was attributed to calibration differences in the microscope's camera. Unlike NBSAs which have precipitates with {100} interfaces, the interfaces of the Pt-based alloys were not necessarily {100}, and this made the dislocations more complex, as did the different lower temperature structure. However, the dislocations were analysed to have a Burgers vector of ± ½〈110〉, similar to those found for NBSAs. 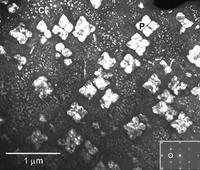 The precipitates in the Pt-Al-Ru alloys appeared similar to those in the Pt-Al-Ir sample, and showed twinned regions, confirming that there was a displacive transformation and a tetragonal structure. Their edges were curved, showing low surface energy for their boundaries, but were more regular at higher compression temperatures. The twin bands were better developed at higher temperatures, with dislocations observed in alternating twin bands. Once again, the dislocations occurred in pairs, indicative of dissociated dislocations.

Bright-field TEM image showing the dislocation distribution in a Pt86:Al10:Ti4 alloy after deformation at 1100°C (18). (The arrow indicates another precipitate which does not show any dislocations, probably due to its orientation) 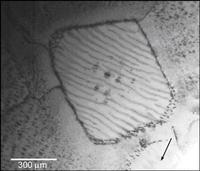 TEM studies of samples compressed at 0.2% proof stress at different temperatures (11, 22, 23) showed the differences between the conditions, and an opportunity arose to study samples in situ (31). This allowed the stability of the different Pt3Al phases to be studied, and the Al-Pt phase diagram to be verified, at least for the alloys used. McAlister and Kahan (8) give the L12 ≡ D0′c transformation at ∼ 1280°C, whereas Oya et al. (9) have two transformations: γ′ → γ′1 at ∼ 340°C and γ′1 → γ′2 at 127°C. Previous attempts to resolve this question by scanning electron microscopy (SEM), XRD and differential thermal analysis (DTA) have been unsuccessful. Therefore, in situ heating of the alloy in a transmission electron microscope was used in an attempt to find an answer. The alloys investigated were Pt85:Al15 (at.%) and Pt86:Al10:Ir4, and the in situ study was undertaken using a heating stage up to 1100°C in a JEOL 4000EX transmission electron microscope. The heating rate used was 10°C min−1, with 5°C min−1 being used when more detailed changes were to be observed.

Bright-field TEM images of a ∼ Pt3Al precipitate in a Pt85:Al15 (at.%) alloy with increasing temperatures:

Bright-field TEM images of a Pt3Al precipitate in a Pt86:Al14 alloy showing the dissolution of small precipitates at increasing temperatures: (a) 580°C; (b) 870°C (31)

An in-depth TEM study was undertaken on selected binary and ternary (Pt) and ∼ Pt3Al alloys (roughly equivalent to the γ / γ′ nickel-based superalloys (NBSAs)) to ascertain how the ternary elements were substituting so that a greater understanding of the cubic L12 form of ∼ Pt3Al could be gleaned. A modified form of the D0′c lower temperature Pt3Al phase was identified by simulation and comparison with experimental data. The dislocations were studied and compared to those in NBSAs. The dislocations were more complex than those in NBSAs, mainly because of the presence of the lower temperature form of ∼ Pt3Al (γ′) and the different misfits. In situ heating showed that for the binary alloy, the small precipitates disappeared at high temperatures, and the larger precipitates reduced in size. The ternary alloy Pt86:Al10:Ir4 had more stable precipitates than the binary alloys.

The financial assistance of the South African Department of Science and Technology (DST), the Platinum Development Initiative (PDI) and the DST/NRF Centre of Excellence in Strong Materials is gratefully acknowledged.

This paper is published with the permission of Mintek. 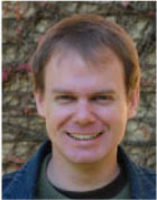 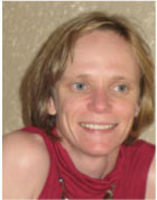 Patricia Hill used to work in the Physical Metallurgy Group in the Advanced Metals Division at Mintek, and simultaneously obtained her Ph.D. from the School of Chemical and Metallurgical Engineering in the University of the Witwatersrand. She left to pursue a career as a financial advisor for engineering projects at Experian, becoming Head of Scoring, and is currently bringing up her family.

Takao Murakumo worked on the Platinum Development Initiative at the National Institute of Materials Science in Japan, alongside Mintek in 2005. 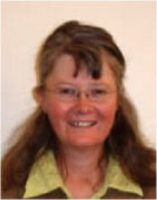 Lesley Cornish is a Professor at the University of the Witwatersrand, South Africa, and is Director of the DST/NRF Centre of Excellence for Strong Materials, which is hosted by the University of the Witwatersrand, and the African Materials Science and Engineering Network (AMSEN). Her research interests include phase diagrams, platinum alloys and intermetallic compounds. 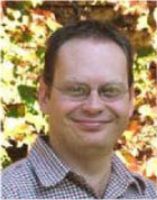 Rainer Süss is a Chief Engineer in the Physical Metallurgy Group in the Advanced Metals Division at Mintek, as well as the co-ordinator of the Strong Metallic Alloys Focus Area in the DST/NRF Centre of Excellence for Strong Materials. His research interests include phase diagrams, platinum alloys and jewellery alloys.