“PEM Fuel Cell Electrocatalysts and Catalyst Layers: Fundamentals and Applications”, edited by Jiujun Zhang, is an excellent book. The editor is an experienced electrochemist with twenty-four years of experience, nine in fuel cells, and is the Technical Leader in Catalysis at the National Research Council Institute for Fuel Cell Innovation in Canada. Zhang states in his introduction that a comprehensive and in-depth book that focuses on both fundamental and application aspects of polymer electrolyte membrane (PEM) fuel cell electrocatalysts and catalyst layers is definitely needed. I agree, PEM fuel cells have made major advances in recent years, and have begun to enter their eagerly-anticipated commercialisation phase (1). However, this has brought new challenges, requiring electrochemists to work much more closely with engineers to optimise systems for specific applications. Therefore I read this book eagerly, hoping that the authors had managed to write a fundamental electrochemistry book that was readable by an informed engineer. I believe they have succeeded in this, and in this short review I have discussed a few key points which should illustrate this.

The book is split into useful chapters, a number of them identifying and discussing mitigation strategies for some of the most significant barriers remaining to the wider adoption of PEM fuel cells, such as Chapter 17 on ‘Reversal-tolerant Catalyst Layers’. Other chapters introduce more fundamental electrochemical concepts such as adsorption, activation energies and thermodynamics, which are discussed in Chapter 5, ‘Application of First Principles Methods in the Study of Fuel Cell Air-Cathode Electrocatalysis’.

The level of thoroughness and detail is also impressive: for example, Chapter 16 on ‘CO-tolerant Catalysts’ alone has almost 450 references. This chapter describes both the fundamental concepts and reaction mechanisms necessary to understand the problem of carbon monoxide ‘poisoning’ of fuel cell catalysts – in particular the bifunctional mechanism of carbon monoxide tolerance exhibited by platinum-ruthenium alloy catalysts, where ruthenium provides the ability to generate hydroxyl species to oxidise CO at lower potentials (2). The chapter then goes on to discuss the development of other carbon monoxide-tolerant catalysts, describing the vast array of mostly platinum-based catalysts that have been developed over the last thirty to forty years (3, 4). Crucially, each chapter ends in a brief but useful conclusion which identifies the avenues of research where we should anticipate future breakthroughs. The references are conveniently located at the end of each chapter, making them easy to access. Each chapter can be read as a stand-alone piece.

The book claims to be aimed at the broader fuel cell community, including engineers, industry researchers and students. I would agree with this claim, but with the small caveat that I would not recommend it to a total novice, as the level of detail would rapidly become overwhelming for someone not familiar with the language and concepts associated with fuel cells and electrochemistry. The book is clearly up to date and represents a considerable amount of work by the authors, who all appear well qualified to write their respective chapters. The subject area of each chapter would merit an entire book in that field alone – but these exist already, and the value here is in linking the subject areas together so that the reader can benefit from having them all in one volume. The end result is rather long at over 1100 pages, but this is necessary and not a criticism, and represents good value considering the list price.

For the reader who is interested in platinum group metals (pgms) this book contains plenty of information. Nearly every chapter discusses an area that is dominated by the electrochemistry of platinum and other pgms, but this is not surprising considering the central role of platinum in PEM fuel cell catalysis. From this point of view, the book also provides a good review of current technology and does not appear to make any major omissions of information that the pgm catalyst specialist would be expecting to see.

On the whole I got a very positive impression of this book, and feel that it does succeed in its aims. It is well written and sufficiently consistent in style considering its multiple authors, and the editor has done a good job of pulling together so many topics and presenting them as a coherent whole. The book would be a good purchase for anyone who has an interest in the science of PEM fuel cells. If you are new to the field, perhaps an undergraduate, there are probably better books to start with (see for example (5)). However, if you are a scientist or engineer, either at the top of your field or with just a year or more of experience in electrochemistry and/or electrocatalysis, this is a worthy addition to your book collection. 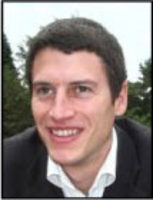 Dr Gregory Offer is a Research Associate in Fuel Cell Science and Engineering, within the Faculty of Engineering at Imperial College, London, U.K., working with both the Department of Earth Science Engineering and the Department of Materials. He is also project manager of Imperial Racing Green, an undergraduate teaching project building hydrogen-powered fuel cell hybrid vehicles. He is currently on secondment to the Energy and Climate Change Committee at the Houses of Parliament in London, U.K.