The Catalysis Society of South Africa (CATSA) is an organisation that aims to promote the advancement of catalysis amongst academia and the chemical industry in South Africa (1). The history of CATSA dates back to the late 1970s, when Dr Wim Mandersloot from the Council for Scientific and Industrial Research (CSIR) began organising annual meetings for catalysis researchers in South Africa. From a handful of people, the attendance at these annual conferences had grown substantially, and as a result CATSA was founded in 1990. Catalyst research in South Africa is ‘alive and well’ with the following programmes playing a substantial part in growing the field:

There has also been much ‘contracted’ and public research funded by South African companies such as Sasol and PetroSA.

The latest annual CATSA conference, CATSA 2009, took place at the Goudini Spa outside Cape Town, South Africa, from 8th–11th November 2009. The meeting was sponsored by BASF, PetroSA, Poretech (local Micromeritics agent), Sasol and Süd-Chemie. Stellenbosch University hosted the event, which was attended by approximately 250 delegates from both academic and industrial backgrounds. All thirty oral presentations were conducted in a single session spread over three days, and there was a single poster session comprising 103 posters.

As well as good coverage of South African research, there was a strong international flavour at this conference with nine of the thirty oral presentations given by non-South African based speakers. In addition, the CATSA Eminent Visitor Award, which aims to bring international researchers to South Africa, was bestowed on Professor Bert Weckhuysen (Utrecht University, The Netherlands). His Plenary Lecture focused on in situ spectroscopy of heterogeneous molybdenum-, iron- and cobalt-based catalysts as well as zeolites.

Given Sasol's prominent position in South Africa's petrochemical industry, it was unsurprising that the majority of oral presentations and posters in the area of heterogeneous catalysis were devoted to the Fischer-Tropsch process and associated issues regarding feed and product clean-up. There were however a few oral presentations on environmental catalysis. This selective review describes some of the highlights relevant to the platinum group metals (pgms) as well as gold.

The major issues regarding the use of supported gold nanoparticle catalysts for CO oxidation are catalyst deactivation and precious metal cost. Furthermore, it is well known that these nanoparticles are difficult to characterise by standard techniques. Dean Barret, Mike Scurrell and Paul Franklyn (University of the Witwatersrand, Johannesburg, South Africa) reported on efforts to prevent the sintering of gold nanoparticles on silica and titania by the addition of platinum. A series of supported gold-platinum bimetallic catalysts of varying precious metal ratios were synthesised and characterised by powder X-ray diffraction (PXRD), in situ variable-temperature powder X-ray diffraction (VT-PXRD) and high-resolution transmission electron microscopy (HRTEM). Results showed that the addition of platinum stabilised the gold nanoparticles, and thus the bimetallic gold-platinum nanoparticles are more resistant to high temperatures than monometallic gold nanoparticles. This bodes well for the application of such materials at high temperature (100–600°C).

The thrifting of precious metal from gold catalysts using cyanide leaching was explored by Mike Scurrel (University of the Witwatersrand). Catalysts were prepared by the deposition precipitation technique and the removal of gold by cyanide was carried out. Unsurprisingly, gold removal was found to be a function of time, pH and CN:Au ratio. In terms of catalytic activity, it was seen that a ‘reactivation’ by heating is required in order to remove CN ligands. By employing this method the CO oxidation activity per unit of gold increased by approximately three-fold.

The issues of catalyst deactivation and regeneration were highlighted by Robert Parry (BASF Catalysts, Haslemere, Surrey, UK) including:

• Poisoning: e.g. poisoning of Pt hydrogenation catalysts by species such as sulfur, selenium, tellurium, phosphorus, arsenic, zinc, mercury, lead, halides, ammonia and ethene; and poisoning of Pt/Pd automotive catalysts (for oxidation of CO and hydrocarbons) by lead, phosphorus and zinc.

• Thermal degradation: e.g. for Ni/Al2O3 catalysts which transform to non-catalytic nickel aluminate at high temperature, the addition of Rh or Ru enhances catalyst stability. Furthermore, sintering of a base metal catalyst may be prevented by the addition of a higher melting point noble metal (e.g. Rh or Ru).

• Escape of vapours: e.g. Ru may be lost from a catalyst on exposure to air at room temperature through the formation of ruthenium trioxide which is then converted to volatile ruthenium tetroxide.

• Regeneration: e.g. a sintered reforming catalyst (such as Pt/Al2O3) may be regenerated by oxychlorination which involves exposure to a chlorinating agent mixed with 5% O2 in N2 at 450–500°C for 1–4 hours. This results in the formation of AlCl3 and thereafter of PtCl2(AlCl3)2 which can be reduced to form monodispersed Pt clusters. The AlCl3 is transformed back into Al2O3 during this process.

James Lulizi Aluha, Gary Pattrick and Elma van der Lingen (Mintek, Randburg, South Africa) presented a comparative study on the performance of Ni-Pd-Pt, Au-Pd-Pt and Au-Ni-Pd (supported on Al2O3 or TiO2) as potential sulfur-tolerant diesel oxidation catalysts that would operate under a cold start engine regime. The addition of nickel was found to inhibit sintering of the precious metal, while in most cases deactivation was a result of poor alloy formation and the oxidation of Pd to PdO. It was found that Ni-Pd-Pt and Au-Ni-Pd performed better than Au-Pd-Pt for both low-temperature CO oxidation and total hydrocarbon oxidation (propane) below 350°C, even after ageing in SO2 at 500°C for 24 hours (see Figure 1).

In an effort to explain the promotional effect of potassium on the rate of ammonia synthesis from H2 and N2 over ruthenium and rhodium catalysts supported on active carbon, Sanyasi Sitha and Linda J. Jewell (University of the Witwatersrand) carried out a density functional theory study in which the adsorption of nitrogen on Ru10 and Rh10 (neutral and anionic clusters, in order to account for the effect of promoter electron density) was presented. Ru catalysts are known to be active for ammonia synthesis, while Rh catalysts require potassium promotion to generate activity. In each case three types of interactions (super molecules) were identified (see Figure 2) with Ru showing only one super molecule as stable when neutral or anionic (potassium promoted). By contrast the neutral Rh cluster shows all three super molecules as stable, while an anionic Rh cluster only has one stable super molecule.

The synthesis of gold-polyaniline composite catalysts by the addition of HAuCl4 to polyaniline, followed by reduction with sodium borohydride, was reported by Tlhabologo Kabomo and Mike Scurrell (University of the Witwatersrand). Characterisation of this material by transmission electron microscopy (TEM) showed a mean gold particle size of 3.2 ± 0.8 nm, and X-ray photoelectron spectroscopy (XPS) revealed that the majority of the gold is on the polyaniline surface in a metallic state. Shifts to low-energy operation revealed that gold interacts with the nitrogen atom of the polyaniline. Gold nanoparticle size was also found to decrease with increasing ratios of sodium borohydride to gold. The pH during synthesis was also found to affect gold particle size, with particles less than 5 nm in diameter being formed at pH values above 3. This was explained by the fact that polyaniline becomes protonated at pH values below 3, and is deprotonated at higher pH values. A test reaction using a gold-polyaniline composite catalyst for the reduction of 4-nitrophenol to 4-aminophenol was performed, and this demonstrated that the rate of reaction increases with decreasing gold particle size.

The most interesting of the posters involving precious metals are summarised below:

‘High Dispersion Platinum Catalysts on Mesoporous Carbon Support for Fuel Cells’ by Hanna S. Abbo, Ivan R. Green and Salam J. J. Titinchi (University of the Western Cape) reported the development of a polyol process capable of generating well-dispersed 1–3 nm Pt nanoparticles deposited on different types of carbon supports for use as electrocatalysts for oxygen reduction in fuel cells. This method is claimed to have many advantages over others in that it gives high yield at low cost and is environmentally benign.

‘Gold Catalysed Glucose Oxidation Techno-Economic Assessment’ by Brendan Beeming and Gary Pattrick (Mintek, Randburg, South Africa) described a gold-catalysed glucose oxidation process which allows the more economic production of gluconic acid and sodium gluconate than the current enzymatic technology. 190,000 tons of gluconic acid and its salts are produced annually, with the main product being sodium gluconate for use as a cement setting retardant in the construction industry. The gold-catalysed process therefore offers producers with smaller plants an opportunity to compete in this aggressive market where economies of scale dominate in terms of the enzymatic process.

‘Microwave Polyol Synthesis of Ru/CNT Catalysts’ by L. F. Mabena, R. Suprakas and N. Coville (School of Chemistry, University of the Witwatersrand) presented a simple method to prepare Ru nanoparticles on carbon nanotubes using sodium citrate stabiliser and ethylene glycol as a reducing agent to reduce RuCl3 by microwave irradiation. The intention here was to prepare a material suitable for alkaline fuel cells.

‘Oxygen Chemisorption on Alumina Supported Gold Catalysts’ by Jennifer Case, Eric van Steen and David W. Gammon (Department of Chemical Engineering, University of Cape Town) discussed the use of oxygen chemisorption to determine the metal crystallite size for Au/Al2O3 catalysts. Unlike pgm catalysts, gold catalysts cannot be characterised using H2 or CO adsorption, since they tend to oxidise these gas species at very low temperatures. By measuring oxygen uptake at 200°C over a pressure range of 0.1–700 mm Hg and using a dual isotherm model, the spherical crystallite sizes can be calculated. These calculated values were found to agree with those arrived at by TEM.

‘Hydrogen Spillover in the Fischer-Tropsch Synthesis: the Role of Platinum and Gold as Promoters in Cobalt-Based Catalysts’ by Doreen Nabaho, Eric van Steen and Michael Claeys (Department of Chemical Engineering, University of Cape Town) demonstrated that gold is a likely candidate as a promoter for low-temperature Fischer Tropsch catalysts, given that platinum is more expensive and also results in increased methane selectivity which lowers the yield of desired higher hydrocarbons. Initial results show that gold, just like platinum, also increases the reducibility of cobalt oxides. It remains to be seen if the gold promoter will result in a lower affinity for carbon monoxide making it less ‘methanating’ than a platinum promotor.

South Africa is the leading source of pgms and there is a need for local beneficiation and to add value to this commodity within South Africa. Novel catalyst research offers a possibility in this regard, and with the establishment of HySA, c*change™ and other support initiatives South African pgm research will continue to grow in areas such as the hydrogen economy (fuel cells, hydrogen storage etc.) and emissions control, and as promoters for base metal catalysts (e.g. cobalt-based low-temperature Fischer Tropsch catalysts).

The abstracts of the oral and poster presentations given at this conference are available by emailing the CATSA Media Officer, Cathrin Welker, at: cathrin.welker-nieuwoudt@sasol.com. The next meeting (CATSA 2010) is planned to be held from 7th–10th November 2010 on the Campus of the University of the Free State in Bloemfontein, South Africa (2). 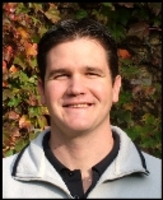 Jason McPherson completed his postgraduate studies in precious metal catalysis at the University of Cape Town, South Africa, in 2003. Currently he heads up the Scale-up and Commercialisation Unit of Project AuTEK's Catalysis Programme (Mintek, South Africa) and as such is actively involved in the production, marketing and application of AuTEK's AUROlite™ range of gold catalysts. He is highly active in application areas such as CO oxidation, preferential oxidation, liquid phase oxidations (e.g. glucose, glycerol) and selective hydrogenation. He is also a technology advisor to the World Gold Council (London, UK) and is currently the Chairman of the Catalyst Society of South Africa.