This book focuses on catalyst preparation and activation, reaction mechanism and process-related topics and is drawn from the proceedings at a symposium held during the 236th American Chemical Society Meeting in Philadelphia, Pennsylvania, USA, in August 2008. Fischer-Tropsch technology holds promise in the area of renewable resources. The book includes chapters on ‘Catalytic Performance of Ru/Al2O3 and Ru/Mn/Al2O3 for Fischer-Tropsch Synthesis’ and ‘Low-Temperature Water-Gas Shift: Assessing Formates as Potential Intermediates over Pt/ZrO2 and Na-Doped Pt/ZrO2 Catalysts Employing the SSITKA-DRIFTS Technique’.

The Springer Theses series recognises outstanding PhD research. This thesis involves the computational modelling of bimetallic gas-phase nanoalloy clusters of palladium-platinum, silver-platinum, gold-gold and palladium-gold. The author used a combination of global optimisation techniques – coupled with a Gupta-type empirical many-body potential – and density functional theory (DFT) calculations to study the structures, bonding and chemical ordering, as well as investigate the chemisorptions of hydrogen and carbon monoxide on bimetallic clusters. The work is relevant to theoretical and experimental studies of nanoalloy cluster structure and heterogeneous catalysis by bimetallic nanoparticles, and should also be of interest to researchers working on other applications of nanoalloys, including sensors, optics and magnetics.

This book is for chemists working in asymmetric catalysis and starts with the core structure of the catalysts, explaining why a certain ligand or catalyst is so successful. It describes in detail the history, the basic structural characteristics, and the applications of these “privileged catalysts”. Among the eleven ligands and catalysts used as examples, BINAP, DuPhos, Josiphos, spiro ligands, BOX and PHOX are chiral ligands in metal catalysts; Salen complexes are chiral metal catalysts; and cinchona alkaloids and proline are generally used as organocatalysts. BINOL and TADDOL were used as chiral ligands in Lewis acid catalysts in earlier studies but recently they have also been used as organocatalysts in various reactions. All six pgms are covered in this book.

Wiley-VCH's new journal Advanced Energy Materials is an interdisciplinary forum of original peer-reviewed contributions on materials used in all forms of energy harvesting, conversion and storage. Topics include: 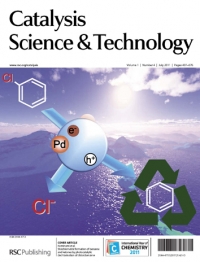 Catalysis Science & Technology is a new multidisciplinary journal from the Royal Society of Chemistry that focuses on both the fundamental science and technological aspects of catalysis. The journal aims to contain fundamental, applied, experimental and computational work and will bring together research from the homogeneous, heterogeneous and biocatalysis communities.

Nature Publishing Group's Scientific Reports is an online, open access, primary research publication covering all areas of the natural sciences: biology, chemistry, physics and earth sciences. Hosted on nature.com, Scientific Reports is open to all and publishes original research papers of interest to specialists within their field. 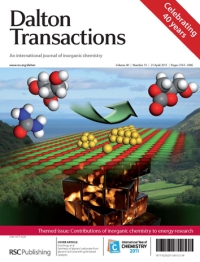 This special issue of Catalysis Today is in honour of the industrial chemist, Martin Lok, who retired from Johnson Matthey in 2008. Details on his career are highlighted by his colleague John Casci. The guest editors Sean A. Axon (Johnson Matthey Plc, UK) and Aalbert Zwijnenburg (Johnson Matthey Chemicals GmbH, Germany) aimed in their selection to shed light on some of the developments in catalysis that occurred during the span of Martin Lok's career. Those articles involving pgms include: ‘A History of Industrial Catalysis’, ‘Catalytic Control of Emissions from Cars’, ‘Oxidation of Benzyl Alcohol Using Supported Gold-Palladium Nanoparticles’ and ‘Vapour Phase Hydrogenation of Olefins by Formic Acid over a Pd/C Catalyst’.

This special issue of Langmuir is a celebration of Professor Gabor A. Somorjai on the occasion of his 75th birthday. Professor Somorjai is recognised for laying the foundation of modern surface chemistry. One of his main contributions is in the area of heterogeneous catalytic chemistry which he converted into a quantitative science and enabled the catalytic site to be understood in terms of surface atomic structures and fundamental molecular properties. His pgm research has included the characterisation of particle size and size distribution of platinum nanoparticles on alumina catalysts and low energy electron diffraction (LEED) studies of platinum catalysts used in petroleum refining.