Palladium-catalysed cross-coupling has huge importance for the synthesis of many organic molecules at both laboratory and industrial scale. A range of commercially available preformed (R3P)2Pd(0) catalysts have now been developed and are available from Johnson Matthey. Some unique and highly selective applications of these palladium catalysts for various cross-coupling reactions, including novel reactions such as carbohalogenation reactions, Negishi coupling of aryl chlorides and copper-free Sonogashira coupling, are highlighted in this review.

Palladium-catalysed cross-coupling has become one of the most powerful synthetic methods in organic and organometallic chemistry. It has found numerous applications (1–6) in the laboratory, in addition to the commercial production of pharmaceuticals, agrochemicals and electronic materials. The importance of the method was recognised by the awarding of the 2010 Nobel Prize in Chemistry to the original pioneers: Professors Heck, Negishi and Suzuki (7). For a historical perspective of Pd catalysed cross-coupling contextual to the Nobel Prize see the recent review (8).

It is now commonly accepted that LnPd(0) (n = number of ligands) is the active catalytic species to facilitate a cross-coupling transformation. However, until recently there were not many commercially available examples of preformed (R3P)2Pd(0) catalysts. Recently, we reported our development of a novel, general and practical synthetic route to a variety of preformed L2Pd(0) catalysts (see Scheme I). This process produced catalysts in excellent yield, specifically using the bulky, electron-rich tertiary phosphine ligands tBu3P, Cy3P, (o-tol)3P, tBu2(Ph)P, tBu2(p-Me2N-C6H4)P, (C5H4FeC5Ph5)(tBu)2P (Q-Phos) and tBu2(Np)P (see Table I). These L2Pd(0) catalysts are now commercially available at scales ranging from gram to multi-kilogram quantities (9, 10). An example of the crystal structure of one of the complexes is given in Figure 1 (11). 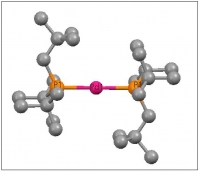 [i] aAll Product IDs are trademarks of Johnson Matthey Plc

[ii] bNMR conditions are given in Reference (9)

Although these L2Pd(0) complexes with the exception of Pd(tBu3P)2 have only recently been made available commercially (Table I), several have shown some unique and interesting applications as summarised below. A detailed review on the applications of these catalysts as well as the newly developed LPd based catalysts is underway (12).

Of the various catalysts listed in Table I, Pd(tBu3P)2, the potential of which was originally identified by Fu (2, 6) in the early 2000s, is one of the best new generation catalysts. Pd(tBu3P)2 has been shown to be superior in many applications when compared to the classical Pd(Ph3P)4. Selected examples of aryl chloride couplings using Pd(tBu3P)2 are shown in Scheme II (13–16). 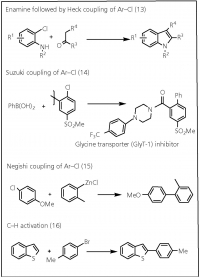 Laboratory studies using preformed catalysts and literature reports of in situ systems (17) have shown that Pd(Cy3P)2 is a unique catalyst which can selectively carry out aryl triflate coupling in the presence of a chloride. Interestingly, Pd(tBu3P)2 shows the reverse selectivity (Scheme III) (18).

Among the many L2Pd(0) catalysts selected from Table I or generated in situ using commercially available ligands, Pd(Q-Phos)2 has recently been identified as a unique catalyst for effective carboiodination, a new type of carbon-carbon bond forming reaction reported by Lautens (Scheme IV) (19). In this case the Heck reaction is inhibited, and it is thought that the reductive elimination of the halide might be taking place after oxidative addition.

Recently the same group modified the reaction conditions to make the iodide in 95% yield (Scheme V) from the corresponding bromide by iodide exchange (20).

Preliminary studies indicate that Pd(tBu2(p-Me2N-C6H4)P)2 is a very good catalyst for the Sonogashira coupling of heteroaryl chlorides or activated aryl chlorides in the absence of copper (Scheme VI) (9). More detailed work will be published later (21).

Hartwig utilised Pd((o-tolyl)3P)2 as a unique amination catalyst, in the presence of the hindered Josiphos ligand CyPFtBu, for the monoarylation of primary amines using challenging aryl tosylate substrates under very low Pd loadings (Scheme VIII) (24). Hartwig believes that the rigidity of the chelated ring might be one of the factors favouring this selectivity.

This chemistry has also been extended to monoarylation of ammonia with aryl and heteroaryl chloride substrates, with selectivities for primary aryl amines, A, up to 98% in good yield (Scheme IX) (25).

A highly effective method for the synthesis of highly active precatalysts of general formula L2Pd(0) has been developed, which is pivotal for the availability of these catalysts in commercial quantities. These tertiary phosphine (L) based L2Pd(0) complexes show very promising applications with excellent selectivity in cross-coupling. The complexes discussed in this article are described in Table I, with a summary of their specific applications.

The difference in selectivity for each catalyst for a particular reaction is quite fascinating. Many more new applications of these catalysts are yet to come.

For more applications of precatalysts developed beyond the 2010 Nobel Prize, see the recent review (12).

Catalysts mentioned in this review can be obtained from Johnson Matthey Catalysts using the catalog IDs listed below.

[i] *All catalog IDs are trademarks of Johnson Matthey Plc 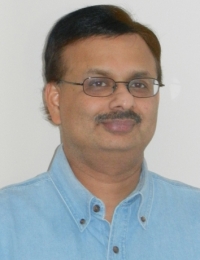 Dr Thomas J. Colacot is the Research and Development Manager in Homogenous Catalysis (Global) at Johnson Matthey's Catalysis and Chiral Technologies business unit. He is a Fellow of the Royal Society of Chemistry and holds an MBA in Strategy and New Ventures. He has developed numerous new organometallic (platinum group metal) based catalysts and processes for various organic transformations for the fine chemical, pharmaceutical and electronic industries. He has published numerous peer reviewed articles and holds several patents in addition to presenting at several international conferences and customer sites.