“Modeling and Simulation of Heterogeneous Catalytic Reactions: From the Molecular Process to the Technical System”

“Modeling and Simulation of Heterogeneous Catalytic Reactions: From the Molecular Process to the Technical System”

“Modeling and Simulation of Heterogeneous Catalytic Reactions” is the latest in a series of books by Wiley-VCH covering various topics in catalysis and engineering. The current title is a comprehensive textbook designed to provide an introduction to computational methods, aimed mainly at the research communities in chemistry, materials science, chemical engineering and physics, though it would also be useful additional reading material for undergraduate students. The book is edited by Professor Olaf Deutschmann, who holds the Chair in Chemical Technology at the Karlsruhe Institute of Technology in Germany, and is a good choice for this title as his background and research covers a range of modelling techniques in catalytic science. Though not specifically a book concerning platinum group metals (pgms), there are plenty of examples shown in the text which use pgms to illustrate concepts and applications of computational modelling.

The first impressions were that this book attempts to cover a huge breadth of topics in a little over 300 pages, a tall order by anybody's measure. However, it does in fact succeed to a large extent, by presenting an overview to a field that is truly ‘multi-scale’. The book tackles subjects ranging from fundamental electronic structure theory, that describes the interactions of atoms and molecules, all the way to continuum approaches and reactor modelling, and everything in between. A book tackling such a broad field necessarily requires a superficial approach so any potential reader must come to the book not expecting a complete exposition of each area, but rather an introduction and primer to further reading in each sub-field.

Taking the opening chapters as examples, alongside the applications (adsorption on platinum fuel cell catalysts, carbon monoxide oxidation using ruthenium) the reader will find an introduction to the basic theory and equations that are necessary to solve computational problems at the atomic and molecular level from fundamental electronic descriptions. This section is highly detailed, for instance, it explains the origins of density functional theory. Although there are many other texts that tackle this subject in great detail (for example, (1, 2)) the achievement of the present book is to cut through the chaff and take the reader straight to what they need to know. Ample references are also provided to take the reader further.

Following the introductory chapter, the text progresses to dynamics of molecular processes, coarse grained dynamics in the form of Monte Carlo simulations and micro-kinetic modelling of whole reaction networks.

As the book progresses, larger scale phenomena are covered, all of which are of general interest to the catalysis community, with a few examples of pgm applications interspersed, such as methane combustion over platinum and catalytic partial oxidation over rhodium catalysts. There is a general chapter concerning modelling reaction and diffusion in porous media, including sections on pore models and reaction in zeolite materials. This is followed by a chapter on more applied aspects of modelling transport in porous media, with an emphasis on solid oxide fuel cell materials.

Modelling and Engineering of Systems

The final chapters focus on applications of modelling and engineering of systems, using modelling to help understand catalytic processes and system design. A chapter introducing the necessary theory of computational fluid dynamics (CFD) in catalysis and catalytic reactors is included. This chapter is followed by examples of the application of CFD, in particular to monolith reactors such as those used in automotive catalysts, which are typically platinum, palladium and rhodium; wire gauzes, for example, platinum-rhodium used in ammonia oxidation; and fixed bed reactors packed with catalyst pellets.

In the last two chapters the book concentrates on the use of modelling in steam reforming (Figure 1) (3), and in aftertreatment catalysis, with both these subjects being covered in some detail. In particular the final chapter on automotive catalysis has sections on modelling most of the technologies available for automotive emissions control, many of which include pgms; there are sections on NOx traps, diesel oxidation catalysis, diesel particulate filters, urea selective catalytic reduction, and a small section on washcoat diffusion.

Two-dimensional volcano-curve of the turn over frequency (log10) in a steam reforming reaction, as a function of oxygen and carbon adsorption energy. T = 773 K, P = 1 bar; 10% conversion. The error bars include an estimated 0.2 eV uncertainties in the adsorption energies (Reprinted from (3) with permission from Elsevier) 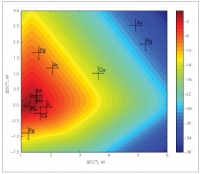 The only two minor criticisms of the book are a couple of typographical errors. In particular one of the figures is impossible to understand as it is printed, due to a misprint. There is also a fair amount of self-citation in a couple of the chapters; perhaps the latter is not totally surprising given that the book chapters have been written by experts in each chapter's field, but nevertheless it is felt that a slightly wider view could have been taken in these cases.

Overall the book is a good attempt to tackle a research topic that is very current. Indeed the book is up-to-date and there are very recent citations, many of which concern pgm applications in catalysis. In summary the book is a good introduction to the rapidly changing and wide reaching field of multi-scale computational research.

“Modeling and Simulation of Heterogeneous Catalytic Reactions: From the Molecular Process to the Technical System” LINK http://onlinelibrary.wiley.com/book/10.1002/9783527639878 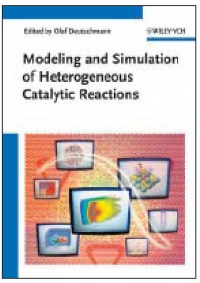 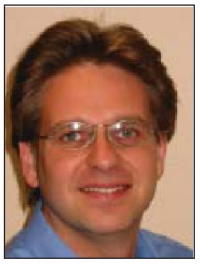 Dr Andy York joined Johnson Matthey in 2000, initially in the Automotive Modelling group, he is currently on secondment at the Department of Chemical Engineering and Biotechnology at the University of Cambridge, UK, working on a range of academic and business related projects involving catalysis and engineering. 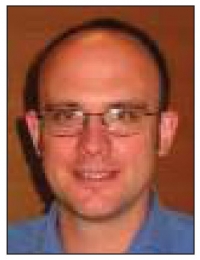 Dr Glenn Jones joined Johnson Matthey in 2008, he is currently a Senior Scientist in the Computational Catalysis group and jointly holds a Royal Society Industrial Fellowship in the Chemistry Department at University College London, UK.