Johnson Matthey's latest review of the platinum group metal (pgm) markets, “Platinum 2012”, was published on 14th May 2012. It covers the trends in supply and demand in the calendar year of 2011, together with a market outlook for 2012.

Platinum Market Moved into Surplus in 2011

Although underlying mine production in South Africa fell by around 120,000 oz, the release of metal from in-process and refined inventories meant that total shipments from that country rose by 5% to 4.86 million oz. Russian supplies grew marginally to 835,000 oz. A ramping up of mined output in North America following shutdowns in 2010 meant that supplies increased by 75% year-on-year to 350,000 oz. Expansion of operations contributed to a 21% increase in platinum supplies from Zimbabwe, to 340,000 oz.

Gross platinum demand in vehicle emissions control grew by 1% to 3.11 million oz. The bulk of the growth came from higher production of heavy-duty diesel trucks. Due mainly to pent-up demand for large trucks in North America following the recession, purchasing of platinum for heavy-duty emissions control increased by 27% to 515,000 oz. However, there was lower use of platinum in light-duty emissions systems due to substitution by palladium, as well as reduced buying from Japanese manufacturers in the wake of the Great East Japan Earthquake in March 2011.

Purchasing of platinum for industrial applications rose by 17% to 2.05 million oz in 2011, a new record high. A combination of better economic conditions in developed markets and strong growth in China resulted in new manufacturing capacity being installed in a number of industrial applications. Driven ultimately by demand for televisions and display screens, sales of platinum into the glass sector increased by 44% to 555,000 oz as new liquid crystal display melting tanks were installed in Asia. There was also strong growth in new catalyst purchases in the petrochemical sector. 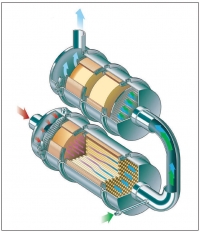 The jewellery manufacturing industry purchased 2.48 million oz of platinum in 2011, a 2% increase on the previous year. Demand was boosted by a surge in buying by the trade in China after platinum's price dropped below that of gold. There was strong demand growth in India, from a low base, as the number of retail outlets offering platinum increased.

Physical investment demand for platinum remained positive at 460,000 oz but was 30% lower than in 2010. There was net buying into physically-backed exchange traded funds (ETFs), but at a reduced level compared to the previous year. In the Japanese large investment bar sector, there was substantial purchasing once again during price dips.

Palladium Market Swung into a Surplus

Autocatalyst and industrial demand for palladium rose, however total gross demand declined by 13% to 8.45 million oz due to a large amount of metal from the investment sector being sold back to the market. This contrasted with the situation in 2010 when there was strong net investment into newly-launched palladium ETFs. In addition, the sale of palladium from Russian government-controlled inventories in 2011 meant that the palladium market swung into surplus by 1.26 million oz.

Palladium supplies from South Africa fell as producers added to stocks, while primary mined output from Russia declined slightly to 2.71 million oz. There was growth in output from North Americaf and Zimbabwe. Once again, substantial quantities of palladium were sold from Russian state stocks. However, the volume of these shipments, at 775,000 oz, was the lowest for several years. Overall, palladium supplies remained almost flat at 7.36 million oz. 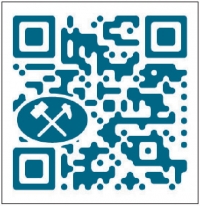 Purchasing of palladium by the global jewellery industry declined once again in 2011, to 505,000 oz. Palladium continued to suffer from a lack of positioning in the key Chinese market while in Europe and North America, demand declined in response to higher prices.

The physical investment demand sector returned 565,000 oz of palladium to the market in 2011. Deep sell-offs in ETFs, especially in the final quarter of the year when prices were falling, left investment demand in starkly negative territory by the year-end.

In addition to a special feature on the Russian mining industry (see also p. 202 in this issue), “Platinum 2012” includes a link via a quick response (QR) code to an online animation detailing how pgms are used in heavy-duty emissions control. Upcoming Euro VI legislation in Europe requires the control of regulated pollutants including NOx and particulate matter, which will typically require a diesel oxidation catalyst, diesel particulate filter and selective catalytic reduction plus an ammonia slip catalyst. The move from Euro V to Euro VI generally means the addition of three new platinum-containing catalyst components.

The book can be downloaded, free of charge, as a PDF file in English, Chinese or Russian from Platinum Today at: http://www.platinum.matthey.com/. The English version can be ordered in hard copy, by filling in the form at: http://www.platinum.matthey.com/publications/pgm-market-reviews/request-a-copy/, by emailing: ptbook@matthey.com, or by writing to: Johnson Matthey, Precious Metals Marketing, Orchard Road, Royston, Hertfordshire SG8 5HE, UK. 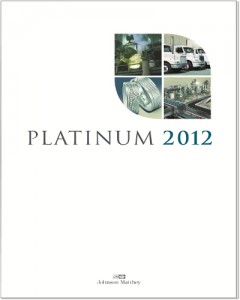