A VISUALISATION OF THE TECHNOLOGY DESCRIBED IN PATENTS RELATING TO OSMIUM

Patents are a key source of technical and commercial intelligence, as described in a previous article in this Journal (1). Osmium is often seen as the forgotten member of the platinum group metals, but nevertheless still attracts interest (2, 3).

Modern software allows us not only to search out patents relating to osmium, but also to visualise the search results. The landscapes, (Figures 1 and 2) were created using the Aureka ThemeScape™ software (4) which uses statistical algorithms to analyse the usage of words and phrases, and discern themes and relationships among documents. They show the results of a patent search on osmium covering the period 1981 to 2005 in the US (United States), EP (European Patent Office), PCT (Patent Cooperation Treaty), GB (British) and JP (Japanese) patent collections. Figure 1 shows a ThemeScape map of the set of 3400 patent documents in which the word osmium appears in either the title, the abstract or the claims, once duplicate family members have been removed. The map labels represent key themes within particular sections of the map. Figure 1 clearly depicts clusters of patents relating to catalysis (e.g. “acid, acetic acid, carbonylation”; “metathesis, alkyl, ligand”), fuel cells and sensors (e.g. “electrode, reference, sensor”, “anode, cathode, electrolyte”), and electronic applications (e.g. “capacitor, layer, device”, “layer, electroluminescent, device”). The search could be narrowed to display patents in which osmium occurs only in the title or abstract (just over 800 patents), or be broadened to show patents in which osmium appears in the full patent specification (> 14,000 patents).

A patent landscape based on ∼ 3400 patents in which osmium is mentioned in the title, abstract or claims 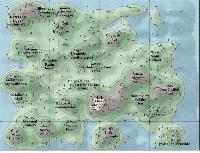 The osmium patent landscape showing the patent filing activity of a pharmaceuticals company (red), a chemicals company (green) and an electronics company (yellow) 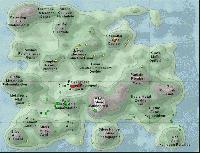 In Figure 1, the dots in the map are examples of specific patents. Clicking on a contour will pick up all the patents within that contour line, which is useful when further analysis of an area is required. The blue “ocean” represents areas of low patent activity.

It is possible to use to use this map to identify trends in patent activity over time, or to illustrate the patent activity of a particular company (by means of coloured dots). For example, Figure 2 shows patenting by three companies selected at random: red, a pharmaceuticals company; green, a chemicals company; yellow, an electronics company. With this patent visualisation approach, a broad picture of the actual and potential uses of osmium can be obtained, and be followed by more detailed examination of clusters of specific interest. 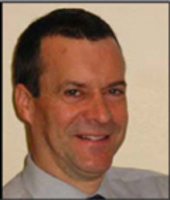 Richard Seymour is the Head of Technology Forecasting and Information at the Johnson Matthey Technology Centre. He is interested in the use of information in the areas of competitive intelligence and commercial development.