AWARDED FOR THE DEVELOPMENT OF THE METATHESIS REACTION IN ORGANIC SYNTHESIS

THE 2005 NOBEL LAUREATES IN CHEMISTRY 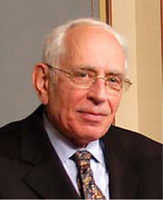 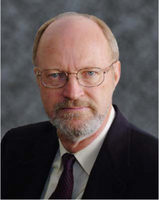 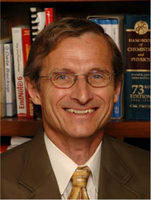 The metathesis of alkenes is a remarkable catalytic process in which, under the action of a transition metal compound, denoted by M, two C=C double bonds in two alkene molecules are broken and two new C=C bonds are sequentially formed (2(a)-2(d)), according to a metallocarbene/metallacyclobutane mechanism first formulated by Chauvin (3). The two molecules may be identical (for example, two propene molecules afford ethylene and E/Z-2-butene), or different (for example, R2C=CH2 and R'2C=CH2 yield ethylene and R2C=CR'2). In addition, an intramolecular ring-closing of a diene with two terminal double bonds, accompanied by the release of ethylene, has been developed. The preferred catalysts are based on M = tungsten, rhenium, molybdenum, or ruthenium compounds: with the last two types enjoying widespread applications in both organic and polymer synthesis, mainly due to extensive research by Schrock (4(a)-4(i)) and Grubbs (5(a)-5(g)). By varying substituents on the olefin substrate, a wide range of further olefinic products become readily accessible, while monocyclic or polycyclic olefins provide polymers with unprecedented structures and properties (6(a)-6(e)).

First observed in the 1950s by H. S. Eleuterio (7(a)-7(c)), and subsequently by R. L. Banks, G. C. Bailey, W. E. Truett and others, the alkene metathesis reaction (a term coined by Calderon) and the related ring-opening metathesis polymerisation (ROMP) were developed in the following decades by many scientists, each bringing remarkable contributions to this productive area of organic synthesis and catalysis, see Figure (8(a)-8(c)).

However, it was only in 1971 that a metal-carbene intermediate was proposed by Y. Chauvin and his student J.-L. Hérisson, to explain – satisfactorily for the first time – the mechanism (3). This extraordinary mechanistic proposal, rationalising Chauvin's astonishing new observations, was immediately embraced by the metathesis community and prompted studies on metal-carbene initiators culminating in the creation of the molybdenum-alkylidene catalysts by R. R. Schrock, see Figure 1 (9), and the 1st and 2nd generation of ruthenium-alkylidene catalysts, by R. H. Grubbs, see Figure 2 (10(a)-10(c)).

These transition metal alkylidene complexes, in themselves a fine artwork in organometallic synthesis, allow extensive practical applications. Some are commercially available and used worldwide, applicable to large-scale or combinatorial syntheses. Full utilisation of these versatile catalysts is just beginning, and by efficient and environmentally-friendly protocols they have opened many ways for obtaining a large variety of organic compounds and natural products with intricate structures, routinely used pharmaceutical intermediates, pesticides, polymers, and composite materials.

Remarkably, the above two types of metathesis catalysts have their own merits and distinctive features thus broadening even more their areas of application. For instance, Schrock's molybdenum-based catalysts, Figure 1, display high activity and selectivity, while Grubbs’ ruthenium-based catalysts, Figure 2, are more tolerant to water and functionalities. With these catalysts, the promise of “green chemistry” in organic synthesis is dawning.

Ruthenium has featured before in Nobel Prize work (13), and it plays a key role in building modern metathesis catalysts. Reviews reflecting the outpouring of rapid developments in ruthenium-based catalysis for metathesis have been and are being published in this Journal (14(a)-14(e)).

Lastly, over the past few years, metal-catalysed olefin metathesis has had an enormous impact on organic synthesis, emerging as one of the most often-used chemical transformations (15(a)-15(c)). By awarding the 2005 Nobel Prize for Chemistry to Chauvin, Grubbs and Schrock, the outstanding contribution of metathesis for the progress of human society is being rightfully recognised.

Valerian Dragutan is a Senior Researcher at the Institute of Organic Chemistry of the Romanian Academy (Splaiul Independentei 202 B, PO Box 35-108, 060023 Bucharest, Romania; E-mail: vdragutan@yahoo.com). His research interests are homogeneous catalysis by transition metals and Lewis acids; olefin metathesis and ROMP of cycloolefins; bioactive organometallic compounds; and mechanisms and stereochemistry of reactions in organic and polymer chemistry.

Ileana Dragutan is a Senior Researcher at the Institute of Organic Chemistry of the Romanian Academy (E-mail: idragutan@yahoo.com). Her interests are in stable organic free radicals – syntheses and applications as spin probes, olefin metathesis, Ru catalysis, transition metal complexes with free radical ligands and their magnetic and catalytic properties, azasugars and prostaglandin-related drugs.

Alexandru T. Balaban (Texas A&M University Galveston, 5007 Avenue U, Galveston, TX 77551, U.S.A.; E-mail: balabana@tamug.edu) is a member of the Romanian Academy and taught organic chemistry for over 40 years at Bucharest Polytechnic University. He now teaches at Texas A&M University at Galveston. His interests include homogeneous catalysis, heterocyclic compounds, stable free radicals and theoretical chemistry, including chemical applications of graph theory and topological indices. Recently he was elected as Honorary Member of the Hungarian Academy of Science and as President of the International Academy of Mathematical Chemistry.