The 6th International Workshop on Catalytic Combustion (IWCC6), organised by the Italian Chemical Society, took place on the wonderful Isle of Ischia, Italy, from 11th to 14th September 2005. The workshop provided a forum in which research and development managers, combustion engineers and catalysis scientists could share the latest information on developments and business opportunities in catalytic combustion. The technical sessions of the workshop used a variety of formats: keynote lectures, oral presentations and poster exhibitions. In total more than 110 contributions from industrial and academic scientists from about 30 countries were presented. In this review some of the highlights reported on catalytic combustion using the platinum group metals (pgms) will be described.

Catalytic combustion is now established as a benchmark technique for the abatement of volatile organic compound (VOC) emissions, but it is still at an early stage of evolution as a commercial technology for producing heat and energy. The development of catalytic combustors operating under fuel-rich conditions has provided a new impulse towards commercialisation. Such combustors may generate hydrogen-enriched streams, capable of stabilising homogeneous reactions and minimising emissions when integrated with gas turbine installations. Other areas showing great potential for fuel-rich catalytic combustion include fuel cells, and aftertreatment and cold start-up technologies for automotive applications.

In the course of a keynote lecture, Luca Basini (EniTecnologie SpA, Italy) briefly reviewed the fundamentals of the short contact time (SCT) phenomenon, in which hydrocarbon oxidation is induced by collisions lasting a few milliseconds between premixed gaseous reactants flowing over extremely hot catalytic surfaces. These conditions determine a rapid and selective reaction path, confined inside a thin (< 1 µm) solid/gas interphase zone surrounding the catalyst particles. Here the molecules spend 10−6 seconds at temperatures which may vary between 700 and 1300°C. These conditions favour the formation of primary reaction products, and inhibit chain reactions and product degradation. Basini discussed the application of SCT in developing technologies for hydrogen and synthesis gas production for refinery operations, and gas-to-liquid (GTL) transformations.

V. A. Sadykov and coworkers (Boreskov Institute of Catalysis, Russia) discussed the role of platinum dispersion and oxygen mobility on Pt/ceria-zirconia oxide catalysts doped with La, Sm or Gd, for the selective oxidation of CH4 to synthesis gas at short contact times. The authors demonstrated a correlation between the specific rate of CH4 transformation into synthesis gas at short contact times with lattice oxygen mobility and Pt dispersion. They suggested that small Pt particles were important for CH4 dissociation, while efficient oxygen transfer from the support to the Pt sites prevented their coking. When the lattice oxygen mobility is high, as for Gd-doped samples, the rate of CH4 transformation also reaches a maximum. However this is not reflected in a maximum for hydrogen formation due to a decline of synthesis gas selectivity. Too high an oxygen mobility results in combustion of activated C-H fragments and CO/H2 products.

In order to clarify some aspects of the mechanism of CH4 oxidation on palladium/γ-alumina catalysts, O. Demoulin (Université Catholique Louvain, Belgium) et al. studied the behaviour of a 2 wt.% Pd/γ-Al2O3 catalyst, following oxidising or reducing pretreatment, using Raman and diffuse-reflectance infrared Fourier transform spectroscopy (DRIFTS). It was shown that under both a pure oxygen atmosphere and lean working conditions, the Pd is always in an oxidised form. Fully reduced Pd is not active at all for the catalytic combustion of CH4. The authors proposed that a layer of a very reactive oxygen species could develop on the surface of the Pd particles in these conditions. This would ensure optimal catalytic activity for CH4 oxidation.

The use of aluminium borate as an effective new support for Pd catalysis in CH4 catalytic combustion at high temperatures was investigated by R. A. Ghaleb and colleagues (Université Claude Bernard, Lyon, France). The catalytic behaviour of this novel system (2 wt.% Pd/Al18B4O33) was compared with that of 2 wt.% Pd/Al2O3 catalyst. Both the fresh and aged Pd/Al18B4O33 catalysts were more active in CH4 combustion, with better activity – particularly after ageing at 800°C for 6 hours (O2, 10% H2O) – than 2 wt.% Pd/Al2O3. The higher activity in the Al18B4O33-supported catalyst was attributed to the stabilisation of PdO by strong interaction with Al18B4O33; this retarded the decomposition of PdO into Pd metal.

P. Gelin (Université Claude Bernard, Lyon, France) et al. presented interesting work on the catalytic properties of Al2O3-supported bimetallic Pt-Pd catalysts in the combustion of CH4 under lean conditions at low temperatures. Catalytic activity was measured both in the presence and absence of 10% water vapour. The influence of steam ageing (10% H2O, 600°C for 22 hours) on the properties of the catalyst was also addressed. The addition of small amounts of Pt to the Pd (up to a Pd : Pt molar ratio of 4 :1, with a constant 2 wt.% metal loading) was shown to produce more activity than the reference Pd/Al2O3 catalyst, in spite of the decreasing Pd loading. The effect was even more pronounced after ageing. A thorough Fourier transform infrared (FTIR) spectroscopic study of CO adsorption on reduced catalysts (fresh or aged) revealed the existence of new surface sites having properties different from those of monometallic particles. This suggests the existence of bimetallic particles. On the basis of these results, together with those of dispersion measurements, the authors proposed that these new surface sites were responsible for the enhanced catalytic activity.

Martyn V. Twigg (Johnson Matthey Environmental Catalysts and Technologies, Royston, Herts, U.K.) gave a keynote lecture on the role of catalytic oxidation in the control of vehicle exhaust emissions. The session began with a brief history of catalytic oxidation and moved on to discuss the role that the precious metals, principally Pt, Pd and Rh, have played in improving oxidative reactions for both gasoline- and diesel-fuelled automotive applications. The importance of maintaining reactivity toward hydrocarbon and carbon monoxide, while limiting the formation of undesirable sulfur and nitrogen oxides, was emphasised. The more recent development of catalysed filter systems to remove particulates from diesel exhausts is an example of a novel oxidative use of a formerly undesirable exhaust component (NO2) – as the oxidant for the trapped carbon-based particles.

In order to validate experimentally some proposed CO and H2 oxidation reaction mechanisms currently used for modelling platinum diesel oxidation catalysts, S. Salomons and coworkers (University of Alberta, Edmonton, Canada) studied the oxidation of CO and H2, separately and then in combination. CO inhibits the oxidation of H2, while H2 promotes the ignition of CO. A Langmuir-Hinshelwood model gave a good prediction of CO light-off, but not of CO extinction (light-out). The presence of water was shown to delay CO ignition, but shifted the extinction to lower temperature.

The catalytic combustion of CH4 and aromatic VOCs were emphasised in the large number of posters on display. A poster by L. M. Simplicio (Politecnico di Milano, Italy) described an investigation of the effect of PdO dispersion on the catalytic properties of PdO/Al2O3 catalysts towards CH4 oxidation. After trying different Pd precursors and preparation routes, it was suggested that there was a relationship between PdO particle size and CH4 conversion. Highly active catalysts had the smallest PdO particle size and the highest PdO dispersion.

In a separate study, the catalytic oxidation of CH4 on alumina-supported Pd catalysts was investigated, as a function of temperature and time-on-stream, by O. Demoulin (Université Catholique Louvain). The activity of CH4 combustion was found to increase with time-on-stream over the Pd/Al2O3 catalyst. This was related to the sintering of the Pd phase under reaction conditions; sintering was found to be beneficial for CH4 combustion.

K. Persson (Royal Institute of Technology (KTH), Stockholm, Sweden) compared the catalytic combustion of CH4 over Pd and Pd-Pt catalysts. The influence of the support material on bimetallic catalyst performance was also investigated. The study demonstrated that using bimetallic Pd-Pt (molar ratio 2 : 1) catalysts produced a much more stable CH4 conversion than using a monometallic Pd catalyst. The support material influenced the catalytic activity of CH4 combustion over Pd-Pt catalysts; for example, the Pd-Pt/Ce-ZrO2 system reoxidises more easily than does the alumina-supported Pd-Pt catalyst.

The importance of pgm-based catalytic combustion as a way of producing heat and energy at much lower temperature, and thus with lowered emission of pollutants, such as CO and NOx, was highlighted throughout the workshop. The outstanding levels of performance obtained by catalytic combustion processes for emission control have provided the incentive for commercialisation of this technology, which is advancing towards a successful future.

A list of the oral and poster presentations given at this workshop is available on the website: http://www.iwcc6.unisa.it/ 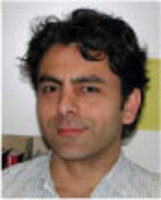 Dr Reza Torbati is a Senior Scientist in the Gas Phase Catalysis Group at the Johnson Matthey Technology Centre. His main interests are in the development of catalysts for diesel engine applications.