Rhodium and Iridium in Organometallic Catalysis

Rhodium and Iridium in Organometallic Catalysis

WORK IN THE LABORATORY OF OUR RHODIUM BICENTENARY COMPETITION WINNER

Work to extend the catalytic chemistry of rhodium and iridium, with particular emphasis on the great versatility of the former, is outlined and summarised. Topics addressed include the design of chelating N-heterocyclic carbene ligands, and the cyclisation of alkynes using rhodium and iridium phosphine compounds as reagents or catalysts. The work was carried out by Ph.D. students sponsored through the prize awarded by Johnson Matthey to the winner of their Rhodium Bicentenary Competition.

In 2001, Johnson Matthey held a Rhodium Bicentenary Competition to commemorate the publication of the discovery of rhodium in 1804 by William Hyde Wollaston, the prize being the sponsorship of a Ph.D. studentship (1–3). Then Mr, now Professor Xingwei Li was the first to benefit from the Bicentenary Fellowship as a graduate student with the Crabtree group in the Yale University Chemistry Department (4). He went on to do postdoctoral work with John Bercaw at the California Institute of Technology (Caltech), and is now working in Singapore, having joined the Faculty in the Chemistry Department of Nanyang Technical University (NTU). Singapore is a rising power in science, and NTU was ranked 48th globally by the Times Higher Education Supplement in the 2005 ranking of the world's best universities, and 26th among technology universities. It used to be the case that Chinese graduate students almost always stayed in the U.S.A. on graduation. However, in a healthy development, they are increasingly deciding to return to the Asia-Pacific region as the opportunities there become much more attractive. The second holder of the Johnson Matthey Rhodium Bicentenary Fellowship with this group was Anthony Chianese, who went on to postdoctoral work with Michel Gagné at the University of North Carolina at Chapel Hill, and is now a Faculty member at Colgate University, Hamilton, New York, one of the leading liberal arts universities in the U.S.A.

Phosphines, particularly chelating phosphines, have been key to developing the catalytic chemistry of the platinum metals, but in recent years N-heterocyclic carbenes (NHCs), typically derived from deprotonation of imidazolium salts (Equation (i)), have shown great value as spectator ligands in catalytic chemistry (5, 6).

Perhaps the most striking example is the great improvement in Grubbs’ metathesis catalyst obtained by introducing an NHC ligand (7). For the present, monodentate NHCs are mainly used, because of the lack of good methods to make chelating examples. Attempts using well-established synthetic routes often lead to the formation of 2:1 M:L complexes, each carbene centre binding to a different metal centre. The problem here is that, unlike phosphines, NHC binding is only rarely reversible (6), so the kinetic 2:1 M:L products do not usually rearrange to the desired 1:1 chelates (Equation (ii)).

Given the rising importance of NHCs, it is not surprising that the most highly cited result from the work of the two Johnson Matthey Fellows is a study (8) which provided an insight into how to design chelating NHCs to give the 1:1 or 2:1 complexes, as desired. In view of the origin of the award, the bicentenary of the discovery of rhodium, it is pleasing that rhodium produced optimal results in this study.

Reaction of the bisimidazolium salt with strong base, as in the pathway of Equation (i), is problematic because the linker C–H bonds can also be deprotonated; so a selective procedure was necessary. The treatment of the imidazolium salt with silver(I) oxide (Ag2O) has proved (9) most useful for preparation of Rh(I) complexes suitable for subsequent catalytic testing. This involves intermediate formation of the Ag NHC complex, followed by transmetallation to Rh, as shown in Equation (iii) for a nonchelating case.

In the event that the wingtip substituent at nitrogen was n-butyl (8), the outcome of the reaction depended on the linker length, n. For short linkers (n = 1 or 2) the product was the 2:1 complex, but for longer linkers (n = 3 or 4) the product was the chelating 1:1 complex. A steric origin was suggested for the selectivity pattern. The NHC ligands have a bulky axis containing the linkers and the wingtip n-Bu groups, and a slim axis normal to the bulky axis. The preferred conformation of an NHC in square planar Rh(I) complexes has the NHC out-of-plane so that the bulky N-substituents occupy the empty sites above and below the square plane. For this to be achieved in a chelate complex, the linker must be long (Figure 1). The preferred conformation can be achieved in the case of a short linker only by the formation of a 2:1 complex, where each NHC is conformationally independent. Other factors governing the reactivity have since emerged beyond the linker length; this study is still in progress.

The preferred conformation of the NHC (left) is only achievable in a chelate with a long linker (right), where n is 3 or 4

Moving to a direct metallation procedure (Equation (iv)), a 1:1 Rh(III) chelate complex was formed for all values of linker length, showing that chelation is in principle possible for the short linkers, and that the configuration adopted is a delicate function of the exact situation. The oxidation of the metal in Equation (iv) does not seem to depend on the presence of air; instead hydrogen is probably evolved to maintain redox balance.

In later work (10, 11), these Rh(III) complexes and their iridium analogues have been shown to be excellent catalysts (up to 6000 turnovers h−1) for hydrogen transfer reduction of ketones by isopropanol (Equation (v)). By avoiding free hydrogen, this is sometimes considered a ‘green’ or environmentally more benign reduction procedure (12). These catalysts proved equally applicable to aldehydes and imines, substrates that are less often encountered in prior reports. There was a surprisingly strong dependence of the activity on the nature of the wingtip substituent. Neopentyl, lacking a β-hydrogen, proved to be the best, perhaps because the presence of a β-hydrogen leads to Hofmann degradation of the substituent group.

Another piece of work, carried out by Xingwei Li in collaboration with Anthony Chianese under Johnson Matthey and U.S. Department of Energy sponsorship, involved reactions of alkynes using rhodium and iridium phosphine compounds as reagents or catalysts. Ironically, since this was a rhodium award, only iridium gave clean chemistry with worthwhile results. The work involved metal-mediated reactions of alkynes involving either insertion into M–H bonds or attack by N and O nucleophiles (Equation vi).

Acetophenone undergoes cyclometallation with the common Ir(III) precursor complex [IrH2(Me2CO)2(PPh3)2]BF4 to give the air- and moisture-stable catalyst, 1, which proves (13) to be effective for the exclusive endo-dig cyclisation of a variety of alkynylphenols and alkynylanilines (Equation (vi)). The reaction usually takes 2–3 h at 0.5–4 mol% catalyst loading at 20–110°C. A number of prior catalysts (14, 15) also bring about this reaction, but with exo-dig or poor selectivity.

Phenols, benzoic acids and anilines are also effective substrates, but the alkyne must be internal because terminal alkynes give a stable Fischer carbene complex instead, in which case there is no turnover. If the alkyne bears a hydroxy substituent, a spiroketal is formed (Equation (vii)).

Transition metal catalysed hydroamination and hydroalkoxylation are both rather rare, especially with iridium, so a mechanistic study was carried out for the case of substrate 2a (Equation (viii)) to obtain some understanding of the key steps. The hydride ligand in 1 was unaffected, as shown by retention of a deuterium label on catalyst cycling. Direct observation of the catalytic solution by 1H NMR spectroscopy revealed that catalyst 1 was completely converted to the amine complex 3. Furthermore, the order in substrate was zero, consistent with amine dissociation from 3 and reassociation of the substrate via the C≡ C triple bond to 4 being the key step. Once a π-bound alkyne has been formed, nucleophilic attack becomes possible. Since the fragment to which the alkyne is bound has 16 valence electrons, the alkyne must bind as a 2 electron donor, not a 4 electron donor as is more usual (16). For the much less basic amine, 2b, the acetone complex 1 is the resting state of the catalyst and the reaction is now first order in substrate, consistent with binding only via the C≡ C triple bond without unproductive binding via N. In a competition between 2a and 2b, the more strongly binding 2a inhibited reaction of the other substrate. Factoring out this inhibition, substrate 2b was intrinsically more reactive, suggesting that proton transfer from the NH group to the newly formed Ir–C bond may be the key step that traps the product (Equation (ix)).

Alkyne coupling proved possible for terminal alkynes in a closely related system (Equation (x)) (17). Labelling studies showed that the reaction goes via an alkyne-to-vinylidene rearrangement. No catalytic version could be devised, however, because the butadienyl ligand proved too tightly bound.

Oxidation is often difficult in organometallic chemistry, but in this case it proved possible to effect an oxidative intramolecular nucleophilic attack on the coordinated alkyne by a nitro group. The heterocycle in the resulting complex was extruded from the metal by treatment with CO to give the free heterocycle, anthranil (18) (Equation (xi)).

This work extends the catalytic chemistry of rhodium and emphasises its great versatility in this respect. Development of the work will include appending molecular recognition functionality to the NHC ligand to bring about enhanced selectivity via a biomimetic strategy (19).

Funding is often provided with the research results as the main object in view. Less often considered is the large multiplier effect which comes from the development of a student's career that the funding makes possible. Over time, a student's productivity – not to mention that of subsequent generations – is likely to dwarf the output from the initial funding. The future benefit does not often redound to the credit of the grantor, however, so it should be considered a signal public good. In this case, both Johnson Matthey Fellows have joined academic institutions and may well be influential in determining the future course of the field. 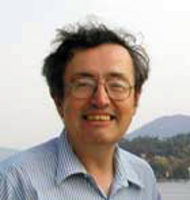 Bob Crabtree, educated at New College, Oxford, U.K., with Malcolm Green, did his Ph.D. research with Joseph Chatt at Sussex and then spent four years in Paris with Hugh Felkin at the Centre National de la Recherche Scientifique (CNRS). He has been at Yale University since 1977, where he is now Professor. He has received several awards: A. P. Sloan Fellow, Dreyfus Teacher-Scholar, American Chemical Society (ACS) and Royal Society of Chemistry organometallic chemistry prizes, H. C. Brown Lecturer, Mack Award, Baylor Medal and Sabatier Lecturer. He has chaired the Inorganic Division at the ACS. He is the author of a textbook in the organometallic field, and editor-in-chief of the “Encyclopedia of Inorganic Chemistry” and “Comprehensive Organometallic Chemistry”. Early research on catalytic alkane C–H activation and functionalisation chemistry was followed by work on C–F bond activation, H2 complexes, M–H…H–O hydrogen bonding, and halocarbon and HF complexation. His homogeneous hydrogenation catalyst is in wide use.