CAPoC7: The State of the Art in Automotive Pollution Control

CAPoC7: The State of the Art in Automotive Pollution Control

The Seventh International Congress on Catalysis and Automotive Pollution Control (CAPoC7) was held from 30th August to 1st September 2006, in Brussels, Belgium. The Congress was attended by 300 participants from both academia and industry. Five half-day sessions addressed the state of the art in catalysis and automotive pollution control, and discussed technical perspectives and challenges in relation to present and future legislative regulations.

The introductory session on European emissions legislation for mobile sources by R. Schulte Braucks (European Commission, Brussels, Belgium) set the scene by reminding the audience that the regulations are becoming more stringent. M. Khair (Southwest Research Institute, San Antonio, U.S.A.) in his talk on developments in diesel engine technology, highlighted the fact that some of the requirements for emission reductions can be met by engine development.

The area of particulate control was the focus for the first day’s talks. Jacques Lemaire of the Association Européenne d’Experts en Dépollution (AEEDA, Brussels, Belgium) presented the initial keynote lecture outlining the current situation. Reducing emissions of particulate matter is the focus of much research, whereas the amount and effect of NO2 emissions have been underestimated in formulating current legislation. The lecture, entitled ‘Diesel Exhaust Controls: a New Challenge for Diesel Oxidation Catalysts and Catalytic Soot Filters: Zero Production of NO2’ described three case studies of air quality in urban areas throughout Europe. The increase in NO2 levels over recent years was attributed to the introduction of continuously regenerating trap (CRT®) and diesel oxidation catalysts (DOCs). The question of how catalysis can help solve the problem was raised, and it was concluded that the real challenges faced are not only technological. It is also imperative to ensure that suitable and timely legislation is in place, and that both the research community and industry have comprehensive development plans with efficient information exchange operating in order to meet future emission control requirements.

The second keynote lecture, entitled ‘Highly Active and Potential Soot Oxidation Materials for Fuel Borne Catalysts and Catalysed Soot Filters’, was delivered by Professor Michiel Makkee (Delft University, The Netherlands). Makkee and coworkers investigated fuel-borne platinum group metal (pgm)-soot interactions with NO + O2. It was found that the Pt-soot showed the highest overall activity, followed by Pt-Ce-soot and then Ce-soot. The Pt-soot is most active for the oxidation of NO to NO2; however, the Pt-Ce and Ce showed the most efficient use of NO2 for soot oxidation. Makkee’s group also studied rare earth (RE) modified CeO2 catalysts (CeREOx with RE = La, Pr, Sm and Y) on soot filters. The results showed that the addition of Pr to the CeO2 gave the highest soot oxidation activity under both O2 and NO + O2 conditions. It was concluded that the increased activity results from the easier transport of oxygen to the surface of the soot, rather than from any mechanistic change, and that the bulk storage capacity was not an important factor affecting the soot oxidation over the catalysts tested. Makkee’s group showed that NO2 has a higher activity for the removal of soot than does O2. Therefore the oxidation of NO already present in the exhaust stream to NO2 is the preferred method of removing the soot present.

Another of the oral presentations, delivered by G. Koltsakis (Aristotle University of Thessaloniki, Greece) was closely linked to Makee’s comments. Koltsakis and coworkers studied soot oxidation using Pt-based catalysts, and showed that there are two main effects of the Pt/Al2O3 during the oxidation of model soot under a flow of NO2 + O2, within the temperature range 300–450°C. The first effect of the Pt is to promote the formation of atomic oxygen that can then be transported to the soot surface. The second effect is to reform the NO2 as it passes through the carbon-catalyst layer, which increases the overall oxidation of the carbon bed. It was also concluded that the use of NO, instead of NO2, was not detrimental to the soot oxidation, as the Pt was efficient at oxidising NO to NO2.

Hydrogen is known to improve considerably the deNOx activity of the Ag/Al2O3 catalyst with a range of reductants. Several posters discussed the SCR reaction mechanism on Ag/Al2O3 in the presence of H2. A variety of explanations were considered, such as formation of Ag clusters, destabilisation of nitrate or cyanide species, or creation of oxygenated species. There was also noticeable interest in the performance of lean NOx catalysts with alternative fuels (biodiesel, dimethyl ether (DME)). D. Yu. Murzin (Åbo Akademi University, Finland) presented results on the selective catalytic reduction of NOx over Ag/Al2O3 using various biodiesel compounds (methyl laurate and ethyl laurate) as reducing agents. They showed improved light-off temperature as compared with the equivalent alkanes. This result has been attributed to the ether groups. The deNOx activity is also enhanced in the presence of hydrogen.

The focus for NH3 SCR was mainly on mechanistic studies and modelling. The transient behaviour of Fe-exchanged zeolites was modelled for the sorption of ammonia, the reaction between NH3 and NO, and the influence of the NH3/NO ratio. This work was a collaboration between Umicore, Germany, and Technische Universität Darmstadt, Germany. The mechanism and modelling of a V-based commercial catalyst were addressed by C. Ciardelli and coworkers (Politecnico di Milano, Italy).

A certain emphasis was placed on NOx storage catalysts, with several presentations and posters dedicated to this subject. In the first keynote lecture on deNOx catalysts, J.-D. Grunwaldt and U. Göbel (Umicore AG & Co KG, Germany) presented results on thermal ageing, and strategies towards reactivation of the Pt/Ba/CeO2 and Pt/Ba/Al2O3 NOx storage/reduction catalysts. After ageing of the catalyst, Pt sintering is believed to be responsible for the loss of low-temperature activity, whereas composite formation (such as BaAl2O4 and BaCeO3) due to reactions between the support and the storage component at high temperatures is generally believed to account for the loss in high-temperature activity. The aged catalysts could be reactivated by decomposition of BaCeO3 in the presence of H2O, NO2 and CO2. In the second keynote lecture on NOx control, X. Courtois (CNRS-Université de Poitiers, France) compared the NOx storage capacity, SO2 resistance and regeneration of CeZr-based NOx storage catalysts. Pt/Ba/CeZr presented the best storage capacity at 400°C, according to basicity measurement by CO2 temperature programmed desorption (TPD), and Pt/CeZr showed the best performance at 200°C, mainly due to its low sensitivity to CO2 at this temperature. For all samples, sulfating induced a detrimental effect on the NOx storage capacity, but regeneration at 550°C under rich conditions led to the total recovery of catalytic performance. Several other presentations and posters generated an animated debate on the roles of the different components of the model Pt/Ba/Al2O3 catalyst: Ba intermediates (carbonates, nitrates, oxides, etc.) and Pt/Ba proximity.

Martyn Twigg (Johnson Matthey, U.K.) delivered a keynote lecture covering recent trends and future developments on three-way catalysts (TWCs), reminding the audience that gasoline spark-ignition engines still represent the major global market for passenger car applications, despite the growing diesel markets. The review examined the drivers for catalyst development, such as legislation, economic and technological factors, and emphasised the huge environmental benefits obtainable through the use of TWCs in terms of reduced tailpipe emissions. The impact of pgm prices as an economic driver for catalyst technology in terms of formulation development and lowering metal loadings was discussed. Future challenges for TWCs were outlined: further reducing tailpipe emissions, demanding OBD (on-board diagnostic) requirements, new engine types and the introduction of biofuels.

Only one other oral presentation was given on TWCs: that of H. J. Kwon (Pohang University of Science and Technology, Korea). This concerned the effects of ageing on activity and selectivity on a dual monolith system; that is, a small Pd catalyst followed by a larger Pt/Rh/Ce monolith. Ageing resulted in a loss of CO oxidation activity for a Pd catalyst, and for a Pt/Rh/Ce catalyst, the selectivity for the NO-CO reaction was decreased, resulting in lower overall NOx reduction.

On a different note to that of the preceding presentations on NOx storage, Professor Mike Bowker (Cardiff University, U.K.) gave an account of scanning tunnelling microscopy (STM) studies on model catalysts with the aim of understanding the structure of the BaO surface. In this case the ‘inverse’ catalyst method was employed. Here the BaO was deposited onto a single crystal Pt(111) surface. Bowker showed that it was possible to store NOx from a mix of NO and O2, and concluded that it was not necessary to have NO2 in the gas phase in order to store NOx. A Ba-peroxide species, metastable at 300°C, was discussed as a possible surface species.

The final session of the meeting focused on ageing and poisoning. The range of topics covered included the regeneration of sulfur-poisoned Pd and Pt-Pd catalysts for methane combustion (in relation to natural gas fuelled vehicles), and thermal ageing and sulfur oxide effects on Pt-Pd diesel oxidation catalysts. The latter was the subject of the first official presentation to be given by the BASF Group in automotive catalysis following its acquisition of Engelhard, now incorporated as BASF Catalysts LLC.

Over 100 posters were presented by both academic and industrial delegates during four viewing sessions. Additional time was allocated in the main programme for open discussions in greater depth – many of which were very lively. Much of the discussion and debate during these sessions focused on NOx-trap catalysts. The question ‘How does BaCO3 become nitrated?’ was raised. It was concluded that much work remains to be done to understand the mechanism.

Overall, CAPoC7 proved to be an enjoyable and informative congress. Many high-quality presentations, both oral and written, generated an advanced level of discussion. It is apparent that pgms remain at the forefront of many aspects of automotive catalysis. The congress also highlighted the need for good communication between industry and academia to ensure the efficient development of future technologies. 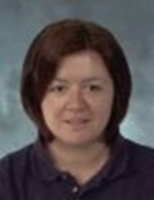 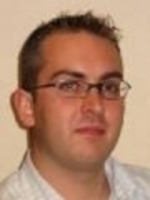 Peter Hinde is a Research Scientist in the Gas Phase Catalysis Group at the JMTC. His main interests lie in developing catalysts for diesel oxidation. 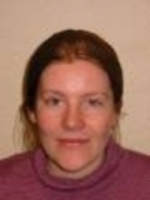 Valérie Houel is a Senior Scientist in the Gas Phase Catalysis Group at the JMTC. Her main interests lie in developing NOx reduction catalysts.