SURCAT 2006 was held at the University of Cardiff from 25th to 27th July 2006. Thirty-three years after Professor Wyn Roberts organised the first Surface Reactivity and Catalysis Group meeting, this annual event is still going strong. In spite of global competition from conferences with identical or closely related themes, SURCAT 2006 attracted over a hundred delegates, mostly from the U.K. home countries (England, Northern Ireland, Scotland and Wales) – with the U.K. academic centres of excellence in catalysis being particularly well represented. For an international conference, SURCAT 2006 must have left an impressively small carbon footprint! A strong cast of speakers from laboratories around the world provided the international dimension and gave the conference an outward-looking feeling. The range of catalytic materials discussed was relatively wide ranging, but the precious metals, particularly gold and the three key platinum group metals (platinum, palladium, rhodium) were undeniably the centre of attention.

Opening the first session, Professor Bruce Gates (University of California, U.S.A.) described an integrated approach to the study of the active phase, support material and reactive intermediates in heterogeneous catalysis. He uses synthetic methods to deposit metal species on real support materials, avoiding standard impregnation routes that can leave the surface contaminated with trace impurities. These methods allow Gates to control the oxidation state of the active metal and, in some cases, to deposit complexes in which the ligand is designed to be an intermediate in the catalytic reaction. He has made a range of supported gold complexes that catalyse the oxidation of CO at low temperature, with the activity showing a correlation with the surface concentration of cationic gold. However, Ton Janssens (Haldor Topsøe, Denmark) showed that conventional supported-gold catalysts conform to the model in which maximum CO-oxidation activity coincides with an optimum Au0 particle size. In fact, the particle size per se is not as critical as the associated particle geometry. In Au/TiO2 and Au/MgAl2O4, the activity seems to relate directly to the number of corner atoms on the metallic gold particles.

Though CO oxidation has become established as a benchmark reaction for screening gold catalysts, their ability to catalyse selective oxidations is now seen as a more exploitable quality. Taking the conversion of glucose to gluconic acid as his model reaction, Professor Michele Rossi (University of Milan, Italy) has been studying liquid phase oxidations using colloidal gold as the catalyst. He sees a linear correlation between rate and the total number of exposed gold atoms. The particles have intrinsically high selectivity and turnover frequency, comparable to those of enzymes, and cannot be promoted by adding typical catalyst support materials to the colloid. Professor Graham Hutchings (Cardiff University, Wales) broadened the range of selective oxidation reactions by discussing the preferential oxidation of CO in the presence of excess H2, and the direct synthesis of H2O2 from H2 and O2. By fine tuning the calcination temperature of supported gold, highly selective catalysts can be produced that can convert 99.95% of the CO in reformate in a single step. In peroxide synthesis, the challenge is to design high performance catalysts that will operate in a dilute gas-feed, outside the explosive limit. The Cardiff group has developed highly active and selective Au-Pd formulations, which are stable, reusable and do not require the usual bromide or phosphate promoters. Hutchings showed some beautiful TEM images (produced by Lehigh University, U.S.A.) revealing a core-shell particle structure, with the palladium completely encasing the gold.

The delicate balance between complete and partial hydrogenation of alkynes over relatively simple palladium catalysts (for instance, 1% Pd on carbon) reflects different steady states during their operation. David Lennon (University of Glasgow) showed that there is a step change in both activity and selectivity during propyne hydrogenation as the H2:hydrocarbon ratio is increased. He explained this in terms of two different active sites formed on the palladium surface during exposure to the reactants. At low H2:hydrocarbon ratios, a high surface coverage of hydrocarbon-like species results in exposed sites that can only be accessed by propyne and H2; at high ratios, more of the surface is exposed and complete hydrogenation can occur. In the case of acetylene, Shamil Shaikhutdinov (Fritz-Haber Institute, Germany) attributed changes in selectivity to the nature of the adsorbed hydrogen species. Partial hydrogenation to ethylene occurs by reaction with surface species, but the consecutive step to ethane requires subsurface hydrogen. The formation of the subsurface species can be suppressed by adding silver to the palladium.

Water gas shift is a deceptively simple reaction, for which each new catalyst seems to pose a fresh challenge when it comes to unravelling the surface mechanism. Sergiy Shekhtman (Queen's University Belfast) has used temporal analysis of products to study Pt/CeO2, which is notable for matching the activity of conventional Cu-Zn-Al catalysts, but has the advantages of being non-pyrophoric and not being deactivated by exposure to air. Following pretreatment of Pt/CeO2 with H2O, CO-pulsing experiments show a deficit in the amount of CO2 formed compared with the amount of CO consumed. This implies that the predominant mechanism for water gas shift is not based on a simple redox cycle, but involves a common intermediate formed from CO and H2O.

A similarly rigorous study has allowed Professor Ken Waugh (University of Manchester) to identify the key intermediate in the epoxidation of ethylene on silver catalysts. Best described as a surface oxametallacycle, it consists of an H2CO–CH2 species bridging two silver atoms. Ethylene adsorption on a series of pretreated Ag/Al2O3 samples reveals that the presence of surface chlorine promotes the reaction by weakening the Ag–O bond in the oxametallacycle, so freeing the terminal oxygen to form the epoxy group of the product molecule.

In some parts of the world, such as China and Singapore, methane dehydroaromatisation is being considered as a means of converting natural gas to higher value chemicals. Taking a different view of the same reaction, Justin Hargreaves (University of Glasgow) sees it as a potential route to CO-free hydrogen. Using Mo-impregnated ZSM5 zeolite as the catalyst, the product stream has a much higher H2:benzene ratio than expected. The carbon balance is completed by taking into account the coke deposited on the catalyst. Whereas the group at Glasgow is just beginning to probe the nature of this coke, Geomar Arteaga (Aberdeen University) described a well advanced study of similar effects on platinum catalysts. When Pt/Al2O3 is exposed to pyrolysis gasoline, very rapid coking takes place, leading to the formation of two different deposits. ‘Soft’ coke has a relatively high hydrogen content and is removed by oxidation at moderate temperature, whereas ‘hard’ coke is more carbon-like and requires a much higher oxidation temperature. Although blocking active sites, the coke modifies the platinum surface, leading to the suppression of hydrogenolysis reactions and the promotion of aromatisation.

Vanadium-based catalysts are very topical, cropping up in a seemingly diverse range of applications. Sreekala Rugmini (University of Glasgow) showed that, for the direct dehydrogenation of butane, the best performance of V/Al2O3 coincides with a high surface concentration of two-dimensional polyvanadate domains. This optimum surface state is achieved at a vanadium loading of 3.5%. At lower loadings, monomeric vanadia species promote the formation of coke; at higher loadings, the activity declines as V2O5 crystallites are formed. In the case of butane oxidation to maleic anhydride, Taufiq Yap (Universiti Putra Malaysia) has improved the preparation of V-P-O catalysts with a mechanochemical step: ball-milling the hydrated VOHPO4 precursor in solvent so as to alter the microstructure of the finished catalyst.

Two presentations provided fresh approaches in some well-trodden fields. As Professor Rob Brown (University of Huddersfield) pointed out, temperature programmed desorption of ammonia is routinely, but often uncritically, used to measure the acidity of catalysts. Brown has developed an ammonia-pulsing technique, which allows the concentration and strength of acid sites to be determined calorimetrically. The technique is subtle enough to exclude the contribution from ammonia adsorbed on non-acidic sites. The Huddersfield group has used it to study some of the ‘designer’ catalysts and support materials, including polystyrene sulfonic acid resins and Nafion. In the field of chiral catalysis, the ultimate aim is to achieve an enantiopure product. Paul Kilday (University of Aberdeen) has used the novel approach of adding ionic liquids to the reaction medium, during the Pt-catalysed hydrogen- ation of alkyl pyruvates in the presence of cinchonidine. In some instances, the enantioselective excess is improved by almost 20%.

As with all the best conferences, SURCAT 2006 highlighted the hot topics, the recurrent issues, and the likely future trends. With the aid of some spectacular images, Professor Chris Kiely (Lehigh University, U.S.A.) showed us the shape of things to come in electron microscopy, where it is becoming possible to determine composition and morphology on a particle-by-particle basis. At the same time, the long-standing ‘material gap’ between surface science and catalysis is being bridged by the design of industrially realistic model catalysts. Using real precursors, Professor Hans Niemantsverdriet (Eindhoven University, The Netherlands) has produced flat model chromium catalysts on silica wafers, which are ideal for study by surface science techniques. His dream is to be able to observe a single active site in action! Undoubtedly, though, the most futuristic ideas on catalyst design and catalyst applications came from Professor Richard Lambert (Cambridge University). By using a bifunctional ligand as an axle for a porphyrin molecule, he has been able to produce a nanoscopic rotor – the first component in a catalytic nanomachine?

It was highly appropriate that the closing remarks were made by Professor Roberts, who asked the question ‘What has changed since the first SURCAT conference?’. Well, the catalytic building blocks are still very similar – the platinum group metals, reducible metal oxides and gold were all on the agenda in 1973. Perhaps the most striking difference is in the array of tools now available for the study of catalysis. A major theme of the first conference was the use of surface reflectance infrared spectroscopy, which heralded the development of the techniques that we now describe as in situ and operando. Perhaps, in terms of impact, the modern equivalent is high-resolution electron microscopy, which is taking us ever closer to understanding the relationship between the active site and its surface environment. The story will no doubt be continued at SURCAT 2007, which will be held at The University of Manchester. 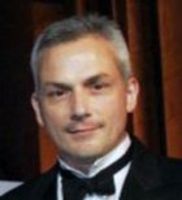 Dr Stan Golunski is Technology Manager of Gas Phase Catalysis at the Johnson Matthey Technology Centre. Since joining the company in 1989, he has worked on fuel reforming, process catalysis, and catalytic aftertreatment for internal combustion engines.