This new book by Xianguo Li attempts to cover both the fundamental aspects associated with the thermodynamics and the electrochemical processes in the fuel cell, with a review of the development of the six major fuel cell types. Chapter 1 provides a sound introduction to fuel cells, covering the main points in terms of the operating principles and the typical classification of the different types of fuel cells, by electrolyte or operating temperature, as a prelude to tackling first the fundamentals and then the technology of fuel cells.

The author identifies the main audience as undergraduate senior-level and first-year graduate students in the engineering disciplines. It is perhaps no surprise that a key strength of the book is the thorough treatment of the thermodynamics of the fuel cell in Chapter 2. The worked examples are especially helpful in understanding a subject area that many students struggle to comprehend. The treatment of the electrochemical losses in Chapters 3 and 4 reflects the current level of understanding of this difficult area. The electrochemical kinetic losses are perhaps more clearly dealt with in other electrochemistry books (1), but the coverage of the concentration overpotential in terms of both a simplistic and a more rigorous engineering approach to mass transport losses near the limiting current, with worked examples, is particularly well done. These chapters on fundamentals do provide the engineering student with a solid basis for tackling fuel cell technology at a higher level.

The remaining chapters deal with the different fuel cell types. While pitched at the correct level for students, practising engineers or other professionals would also benefit from a more comprehensive treatment of the current state of the art of fuel cell technology (see for instance, (2)).

At twenty pages, the treatment of the alkaline fuel cell (AFC) in Chapter 5 is perhaps a little excessive, given that this technology is limited to space applications. This is because the lack of CO2 rejection by the electrolyte, even at the level of ca. 300 ppm found in air, produces a significant performance loss. The discussion of the impact of operating conditions on the performance of the AFC is nevertheless educational, and the general approach is applicable to all fuel cell types. In contrast to the AFC, the phosphoric acid fuel cell (PAFC) dealt with in Chapter 6 has met the 40,000 h operational lifetime criterion, if not the cost targets, required for the 200 to 300 kW stationary cogeneration market. The PAFC is the most commercially developed fuel cell type. Most of the important areas of the technology are touched upon in Chapter 6, including the durability issues, although more detail on the construction and performance of the cell materials could have been added, along with a more detailed discussion of natural gas reforming.

In Chapter 7 the proton exchange membrane fuel cell (PEMFC) receives by far the largest attention of all the fuel cell types, reflecting the focus placed on the PEMFC over the last two decades. There is a decent review of the different flow field designs employed by stack developers and academic researchers, and a fairly expansive discussion of the membrane electrolyte based on the Nafion® material developed by DuPont de Nemours. The membrane structure, water sorption properties, protonic conductivity and the water movement mechanisms are highlighted. The development of the membrane electrode assembly (MEA) is broached in several sections of the chapter. The different fabrication routes and the importance of carbon supported catalysts, with impregnation of the platinum catalyst layer with proton conducting electrolyte to improve catalyst utilisation, are clarified. The design of the anode for improved reformate (CO and CO2) tolerance is discussed in detail, with the importance of platinum-ruthenium (PtRu) alloys highlighted, although the application of platinum-molybdenum (PtMo) alloys for improved CO tolerance is discussed without drawing attention to the problems with CO2 tolerance (3); these negate any benefit. Durability, however, is not discussed and this is an important gap. The mechanisms of membrane failure that have limited adoption of the technology are not considered. Mechanical failure due to the stresses induced by dimensional change in the membrane, as it is hydrated then dehydrated during operation, and failure due to chemical attack from peroxide decomposition, are currently key areas of research and development (4). Nor has the important area of cell reversal due to fuel starvation, which can destroy a stack in minutes, been considered. The addition of water oxidation catalysts to the anode to mitigate against cell reversal is favoured by Johnson Matthey (3).

Development of the much higher-temperature molten carbonate fuel cell (MCFC) and solid oxide fuel cell (SOFC) for large-scale MW grid applications is discussed in Chapters 8 and 9, respectively. The important technical disadvantages that have prevented adoption of the technologies are explained. For the MCFC the problems brought by the highly corrosive Li-K carbonate electrolyte in terms of electrode stability, electrolyte containment in the cell matrix and gas sealing of the stack are fully discussed. In the SOFC, the thermal mismatch between the ceramic cell and stack components that induces material cracking is highlighted, as is the desire to lower the operating temperature to minimise the problem and to reduce the cost of the balance of plant. The engineering student will find it illuminating to consider the ability of these fuel cells to use natural gas as a direct or indirect fuel, without the need to remove CO or CO2, and to consider the impact of the stack operating conditions on the performance through worked examples.

Finally in Chapter 10 there is a very brief discussion of the direct methanol fuel cell (DMFC) operating in a PEMFC design, which is out of step with the increasing development of this technology for mobile telephone and leisure applications by a number of companies. The key challenges of improved methanol oxidation kinetics and reduced methanol crossover are identified. It would have been appropriate, however, to discuss the large body of work on developing improved membranes and MEA designs for DMFCs, to reduce methanol crossover and MEA Pt loadings. Some comment on the expanding research on alternative fuels, such as direct ethanol and formic acid, might usefully have been added.

While there are a few important areas that are not covered, and the text could have been smoothed to improve its comprehensibility, the book does succeed in the main aim of educating students (particularly in mechanical engineering) in the challenges presented by fuel cell technology. As the author advises in the preface, for fuel cell technology to succeed, a multidisciplinary approach from electrochemists, engineers and materials scientists is required. There is a growing need to educate and motivate the fuel cell engineers of the future. 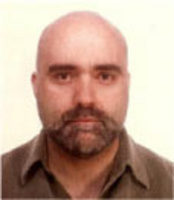 Professor Tom R. Ralph is Head of Electrochemical Engineering with Johnson Matthey Fuel Cells, Swindon, U.K. At Johnson Matthey he has been involved in the development of unit cells for PAFCs and MEAs for PEMFCs since 1989. During this time he has published widely, has generated over 20 patents, has run fuel cell courses at Strathclyde and Reading Universities, and has presented at a number of international conferences on the science and technology of fuel cells. He is presently visiting professor at the School of Engineering Sciences, University of Southampton and his main interests are in the engineering of materials for fuel cells, redox batteries and solar cells.