The 10th Ulm Electrochemical Talks (UECT) were held from 27th to 28th June 2006 in Neu-Ulm, Germany. The Talks were organised by a number of Ulm-based organisations: the Zentrum für Sonnenergie- und Wasserstoff-Forschung (ZSW), DaimlerChrysler R&D Center, the University of Ulm and the University of Applied Sciences. Trends in the development of batteries, supercapacitors and fuel cells were discussed. Increasing consumer independence, requirements for emergency power and environmental concerns were cited as overall drivers for the development and commercialisation of these technologies. Batteries and supercapacitors are already commercially available for a wide range of applications, from hybrid vehicles to laptop computer and mobile telephone batteries. By contrast, fuel cell systems, on which this review primarily focuses, are still under development. However, advances in performance, lifetime and robustness were key themes, recurring throughout the meeting for all the various technologies discussed. Higher power densities and no need for recharging represent the significant advantages of fuel cell systems over batteries and supercapacitors, but wide-scale introduction of fuel cell technologies is currently limited by considerations of cost and durability, and the requirement for a hydrogen infrastructure or on-board hydrogen storage.

Mechanisms of component decay and accelerated tests were key features of the fuel cell sessions, as they were of the battery and supercapacitor sessions. T. Jarvi (UTC Power, U.S.A.) discussed the failure modes of the different fuel cell components within the membrane electrode assembly (MEA). Transient phenomena during start-up and shutdown accelerate degradation of the fuel cell cathode where voltages up to 1.7 V RHE (reversible hydrogen electrode) may be encountered. UTC recommended a solution at the system level to mitigate this problem, as a materials solution requires an improvement of two to four orders of magnitude in corrosion resistance. This is not considered feasible using carbon support materials. UTC platinum-cobalt (PtCo) and platinum-iridium-cobalt (PtIrCo) alloy materials showed high stability in voltage cycling tests up to 1.15 V, with no leaching of Co observed. Peroxide attack is the critical cause of membrane decay. The hydrocarbon membrane biphenyl sulfone (BPSH) survived during open-circuit hold tests due to a low level of O2 permeation, although this material failed Fenton's test, generally used for assessing membrane stability. Freeze-start capability and the importance of the robustness of seal materials, as well as of the MEA components, were also discussed.

C. Stone (Ballard Power Systems, Canada) cited cost, durability, power density and freeze start capability as significant parameters for the commercialisation of proton exchange membrane fuel cell (PEMFC) stack technology, and outlined ‘road map’ objectives in terms of all these parameters to be achieved by 2010. Ballard Power Systems’ strategy aims to stimulate commercialisation by accelerating the development of emerging technologies such as higher-activity catalysts (enabling metal loading and hence cost to be reduced), hydrocarbon composite membranes, and low-cost gas diffusion layer materials. An ultimate cost target of U.S.$30 kW−1 was quoted, compared to the current U.S.$73 kW−1. However the attainment of this would also require improvement in balance of plant (BOP) and the removal of any requirement for external humidification. Achieving high performance using continuously coated MEA components and low-cost metal flow field plates is also essential for future scale-up plans.

R. Ströbel presented results from DANA Corporation (Germany) and Zentrum für Sonnenergie- und Wasserstoff-Forschung (ZSW; Centre for Solar Energy and Hydrogen Research, Germany) on stamped metal bipolar plates for use in PEMFC applications. Use of metal plates improves the power density of PEMFC systems by reducing weight and volume. Costs are also reduced, and mass production is ultimately enabled. However, the sensitive nature of the MEA components requires that a highly corrosion-resistant, low-cost coating be found for the metal bipolar plates. The coating must also be compatible with and chemically resistant to the sealing materials used within the PEMFC stack.

B. Bauer (FuMA-Tech, Germany) described the various membrane products available, including the ‘fumapem®’ series of membranes which include the fully fluorinated F-series, partially fluorinated P-series and other membranes with no fluorination. Strategies to reduce the overall cost of membrane materials were described, including low-cost ionomers, reinforcement to reduce thickness and retain strength, and the use of fillers or additives. However, cost reduction via the use of excessively thin membranes will compromise durability, and high performance rather than low cost was cited as the key requirement for membrane materials. The addition of inorganic films of silica, zirconium phosphide and carbon nanotubes in small concentrations have been used to reinforce the polymer reducing swelling and gas crossover and improving mechanical stability without affecting conductivity or flexibility of the membrane. Annealing of membranes doped within inorganic films enhanced their mechanical stability.

A. Khokhlov (Moscow State University and Russian Academy of Sciences, Russia) presented recent results on polybenzimidazole (PBI) membranes for operation from 150–200°C. 4,4′-Diphenylphthalidecarbonic acid and 3,3′,4,4′-tetraminodiphenyl ether derived PBI polymers are doped with 85% phosphoric acid, producing films holding 12–18 molecules of phosphoric acid per monomer unit. Protonic conductivity is retained up to 160°C. Fuel cell testing at 175°C showed around 5% performance loss using reformate containing 1.5% CO as the anode fuel. This is a significant enhancement in anode CO tolerance compared with that of MEAs operating at less than 100°C.

T. Schmidt (PEMEAs GmbH, Germany) also discussed PBI-based high-temperature MEAs, describing the enhanced tolerance of the Celtec®-P MEA to the CO, H2S and methanol in reformate mixtures, which is made possible by MEA operation at higher temperatures of 120–180°C. The advantages of the system are simplification of the fuel processor, made possible by greater tolerance to impurities, no need for external humidification, and no membrane stability issues caused by peroxide. Major disadvantages of higher- temperature operation are the accelerated degradation of Pt/C catalysts, and redistribution of the H3PO4 electrolyte doped into the electrodes during operation, reducing catalyst utilisation and peformance.

G. Scherer (Paul Sherrer Institute, Switzerland) reported how neutron radiography could be used to visualise the liquid water distribution in different components of a PEMFC in a segmented cell. By coupling the technique with in situ electrochemical impedance spectroscopy, changes in mass flow and current density may be correlated with humidification conditions. C. Hartnig (ZSW, Germany) also described the use of neutron radiography to image the liquid water within the serpentine flow field of a working fuel cell. The test can be performed without modifying or disturbing the fuel cell stack, producing a three-dimensional image of an operating cell. This can be correlated with current mapping and performance data to improve understanding of water transport processes within the PEMFC.

The challenges associated with direct alcohol fuel cells (DAFCs) were discussed by U. Stimming (Technische Universität München, Germany and Bayerischen Zentrum für Angewandte Energieforschung eV, Germany). Liquid fuels are particularly attractive for portable power applications due to their greater energy density than that of hydrogen. Much recent progress has been made using liquid-fed direct methanol fuel cells (DMFCs). An ultimate aim is to extend usage to other fuels such as ethanol, which can be produced by fermentation, or glycerol, which is available as a byproduct of fatty acid production. Oxidation of higher alcohols within low-temperature PEMFCs requires improved catalyst materials such as platinum-tin (PtSn), as the platinum-ruthenium (PtRu) materials currently used for methanol systems cannot fully oxidise ethanol, and become poisoned by organic fragments. DAFCs can operate using either acid or alkaline membranes, with the advantages of faster oxygen reduction kinetics and the capacity to use non-noble metal catalysts under alkaline conditions. Better electrolyte materials are required to reduce alcohol crossover, or highly selective catalysts are needed if cells are to be operated using a mixed alcohol/air feed. A PtRu black catalyst at the anode and a ruthenium-selenium (RuSe) catalyst at the cathode were found to perform well in a mixed feed system.

G. S. Park (Samsung Advanced Institute of Technology, Korea) reported on the long-term stability of DMFC systems where agglomeration and migration of Pt and Ru from the anode was observed during fuel cell testing. Accumulation of Ru at the cathode was observed to increase linearly with the MEA performance drop. However, both Pt and Ru migrated from the anode, so the Pt:Ru ratio observed at the anode did not change. Pt particles, up to 10 nm in size, were also observed within the membrane, along with evidence for membrane degradation from attack by radicals and peroxide.

S. Rolf (MTU CFC Solutions GmbH, Germany) described the ‘HotModule’ stationary carbonate fuel cell. This has the advantage of flexibility in fuel type: natural or biogas, methanol, coal gas or sewage/landfill gas are all possible fuels. High levels of CO2 – from 40–60% in some of these fuel types – were initially thought problematic; however, fuel cell voltage actually rose as CO2 was observed to migrate to the cathode side of the molten carbonate fuel cell (MCFC).

Information presented within the poster session reflected the main themes of the Talks, covering high-temperature membranes, novel catalysts for oxygen reduction and alcohol oxidation, new Li-ion battery materials and the investigation of corrosion processes. The application of microscopy and spectroscopy techniques to PEMFC components and system modelling was also presented.

New pgm-based alloy catalysts described at the conference showed enhancements in activity and stability over current Pt-only materials, and remain significantly more active than non-pgm catalysts. PtCo and PtIrCo alloys showed good activity and stability in voltage cycling tests representative of long term operation in automotive applications. PtSn and PtRu are key materials required for the operation of direct alcohol fuel cells (DAFCs), while RuSe catalysts have the benefit of alcohol tolerance and can be used as cathodes in DAFCs.

The 10th UECT concluded with a farewell party at the Center for Solar Energy and Hydrogen at ZSW in Neu-Ulm. Historic Ulm was the birthplace of Albert Einstein, and the site of a tailor's failed hang-glider launch across the Danube in 1811. The Minster has Europe's tallest church tower, and according to legend, a famous sparrow helped with the logistics of construction. 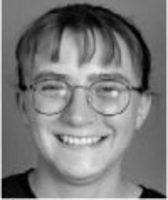 Sarah Ball is a Research Scientist in the Electrotechnology/Catalyst Preparation Group at the Johnson Matthey Technology Centre in the U.K. She is interested in anode catalysis for reformate-tolerant applications, and novel cathode materials and alloys for PEMFCs.