A TRIBUTE ON HER RETIREMENT AS EDITOR

Platinum Metals Review (PMR) has been fortunate over the fifty years of its existence in having a very stable staff establishment. In particular, the present Editor of PMR is only the fourth to hold that title. The founding Editor, Dr Leslie Hunt, held the position from 1956 until his death in 1987. Dr Hunt's successor, Ian Cottington, was Editor for seven years until his retirement in 1994. The third Editor was Susan Ashton, who held the position from June 1994 until May 2006. 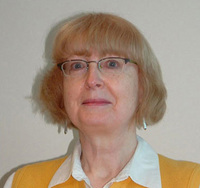 What were Susan's achievements as Editor of PMR? Primarily they were to maintain and develop the high standard of contributions from the various research and development establishments throughout the world of platinum group metals (pgms). This she did admirably. Susan was well known for her desire to maintain the highest possible quality for all the papers published in PMR, and if this meant a long and detailed exchange of correspondence with her contributors to get things right to mutual satisfaction, then that was what was done. Many authors, especially perhaps those whose first language was not English, will have greatly appreciated the advice that Susan gave to help them finalise their papers for publication.

In addition to content, Susan was also most determined to make PMR appear as attractive as possible, without compromising its long-established reputation and traditions. For 43 years PMR was issued with a characteristic plain cover. Then, in 1999, Susan arranged for a complete redesign of the cover, giving the journal a bright, modern scientific appearance that was in context with developments in the world of pgms. The appearance of the internal content was also enhanced with improved design, including new layout and fonts. In 2003, it was decided to publish PMR solely as an electronic journal. Susan herself would admit to having reservations about this move, feeling that it risked cutting off readers without access to a computer and the internet. But once these initial fears were resolved, she realised that a journal sitting on its own internet site would provide many more opportunities for interaction with users, and instant access to any potential reader with an internet connection, thereby greatly extending the global readership of the journal. The PMR website has achieved high ranking on internet search engines.

(Left) The cover design used for Platinum Metals Review from its inception until 1999. (Right) The redesigned cover introduced by Susan Ashton, and used until PMR became solely an E-journal 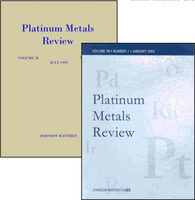 https://www.technology.matthey.com/ provides a treasure trove of information: the journal itself, now augmented by the facility to search articles online; files in PDF format of past issues of the journal; a Question and Answer section; directories of people and organisations working with pgms; recommended reading lists; an events calendar; and links to a wide variety of relevant scientific and commercial information.

Susan successfully brought PMR into the 21st century and can be proud of her legacy. We thank her for that, and wish her a long and happy retirement.

Susan Ashton was ably supported during her Editorship by another long-serving member of the PMR team, Pavla White. Born in Ostrava, Czech Republic, Pavla obtained a degree (Dipl.-Ing.) in Chemical Engineering from Vysoká Škola Bánská (Technical University) in Ostrava. She retired as the Senior Editorial Assistant on PMR in December 2005. 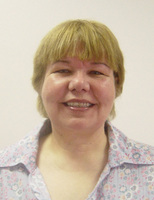 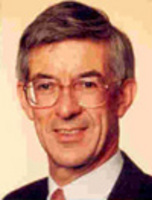 Dr Mike Steel was Market Research & Planning Director of Johnson Matthey's Precious Metal Products Division until his retirement in May 2006. He was in charge of the company's precious-metals market research and publications, including Platinum Metals Review, the biannual market reviews Platinum and the internet portal Fuel Cell Today (www.fuelcelltoday.com). In addition, Dr Steel was responsible for Johnson Matthey's Moscow office.