In the Lab: Towards a Molecular Level Understanding of Electrochemical Interfaces and Electrocatalytic Reactions

In the Lab: Towards a Molecular Level Understanding of Electrochemical Interfaces and Electrocatalytic Reactions

Angel Cuesta is a Senior Lecturer at the University of Aberdeen, UK. His research is of interest in the field of materials for electrochemical applications and focuses on combining classical electrochemical techniques, in situ vibrational and optical spectroscopy and in situ scanning probe microscopy to obtain as detailed a description as possible, at the molecular level, of the electrode-electrolyte interface and of electrocatalytic reactions. 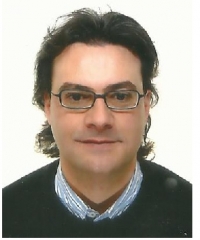 The kinetic activation of the electrochemical reactions, particularly that of the oxygen reduction reaction (ORR) taking place at the cathode, is probably the major contribution to the loss of efficiency of fuel cells and, consequently, is responsible for the high platinum loadings required in the membrane electrode assemblies (MEAs). This is a problem of a fundamental nature, associated with the sluggishness of the heterogeneous electron transfer. The design of more active and/or cheaper, durable electrocatalysts can only be achieved through a detailed understanding, at the molecular level, of the structure of the electrode-electrolyte interface and of the mechanism of electrocatalytic reactions.

The interest of the group has focused recently on the study of atomic ensemble effects in electrocatalysis and on trying to elucidate the mechanism of fuel cell relevant electrocatalytic reactions with time-resolved spectrokinetic experiments. The ‘site-knockout strategy’, by which only one kind of atomic ensemble is removed from the surface of a metal, leaving the electronic properties of the rest of the surface unaffected (or affected only to a negligible degree) showed that, in the absence of trigonal sites, the oxidation of formic acid and methanol on Pt(111) electrodes proceeds exclusively through the direct pathway, the path leading to the formation of adsorbed carbon monoxide, a catalytic poison, being completely blocked (see Scheme I). Similarly, in sulfuric acid or phosphoric acid solutions, removing trigonal sites was shown to multiply the rate at which the ORR proceeds on Pt(111) electrodes at 0.85 V vs. reversible hydrogen electrode (RHE) by 25 and 10, respectively.

In situ infrared spectrokinetic studies of the electrooxidation of formic acid with a time resolution of ca. 100 ms were possible thanks to the high sensitivity of surface-enhanced infrared absorption spectroscopy (SEIRAS) in the attenuated total reflection mode (ATR-SEIRAS). As shown in Figure 1, the dehydration of formic acid on Pt to adsorbed CO (COad) could be monitored. A clear correlation was found between the coverage by bridge-bonded bidentate adsorbed formate (HCOOad) and the rate at which COad forms at low total coverage. After reaching a maximum, the rate of COad formation gradually decreases to zero with increasing COad coverage, in agreement with the site demanding nature of this reaction unveiled by a previous study of atomic ensemble effects (Scheme I). The results also showed a linear decrease of the logarithm of the rate constant of the reaction of formation of COad from HCOOad with increasing potential. This is consistent with previous observations and suggests an electrochemical mechanism for the dehydration of formic acid to COad on Pt, in which the first step is the oxidative electroadsorption of formate (HCOOH → HCOOad + H+ + e–) and the second and rate-determining step is the reduction of adsorbed formate (HCOOad + H+ + e– → COad + H2O).

The dehydration of formic acid on platinum to adsorbed carbon monoxide: time dependence of the integrated absorbance of HCOOad (IHCOOad, black), of the integrated absorbance of on-top COad (ICO, red), and of dICO/dIHCOOad (blue) obtained from a series of time-resolved ATR-SEIRA spectra recorded during the dehydration of HCOOH on Pt at (a) 0.405 V vs. RHE; (b) 0.355 V vs. RHE; and the dependence of dICO/dIHCOOad on IHCOOad during the initial stages of the reaction at (c) 0.405 V; (d) 0.355 V. The inset in (a) shows the first 100 s in an expanded scale

Current work in the group is focused on testing the role of HCOOad in the direct path of the electrooxidation of formic acid (in collaboration with Professor Masatoshi Osawa, Catalysis Research Center, Hokkaido University, Japan), on performing spectrokinetic studies of the electroreduction of CO2 and on the application of ATR-SEIRAS to the study of the nafion/catalyst interface in MEAs under working conditions.