Three-way catalysts (TWCs) have been widely applied on stoichiometric-burn gasoline engine powered vehicles to reduce the tailpipe emissions of hydrocarbons (HC), carbon monoxide (CO) and nitrogen oxides (NOx). A conventional TWC can convert the three pollutants at nearly 100% conversion efficiency once it reaches its operation temperature, typically above 400°C. As the exhaust temperature can rapidly exceed 400°C on current gasoline engines, all gasoline vehicles produced today are capable of meeting the stringent government emission standards in the USA.

Starting in 2017, US federal regulations will mandate a significant improvement in fuel economy and reduction of greenhouse gases (GHG) for light duty vehicles (1, 2) at the same time as continued reductions of tailpipe pollutant emissions. Advanced engines and powertrain systems with improved fuel efficiency can reduce CO2 emissions substantially, but the exhaust temperature of these systems is expected to be much lower and can be below the normal operation temperature of a conventional TWC. This poses significant challenges to the emission control system, demanding the catalysts to function at low temperatures.

Many factors can influence the low-temperature performance of a TWC. Among them, the nature of the support materials for the platinum group metals (pgms) plays a critical role (3–5). Ceria/zirconia (CeO2/ZrO2) mixed oxides have become an essential component in a TWC because of their unique oxygen storage and release properties. CeO2/ZrO2 mixed oxides not only enhance the intrinsic catalytic activity of the pgm components, but also provide oxygen storage capacity (OSC) to the system, minimising the air:fuel ratio deviation from the stoichiometric point; both significantly improve the TWC performance of the system. Most commercially available CeO2/ZrO2 mixed oxides lose their surface area considerably after high-temperature exposure. As a result, even though a fresh TWC can exhibit excellent catalytic activity below 400°C, much of the low-temperature performance is lost when the catalyst is aged.

The Al2O3/CeO2/ZrO2 mixed oxide and the (Al2O3 + CeO2/ZrO2) mixture were evaluated as support materials for Pd. The Pd-impregnated catalysts were redox aged at 1050°C for 36 hours prior to the tests. Light-off activity of the aged catalysts was measured in a gas mixture containing a stoichiometric amount of HC/CO/NO/O2 without perturbation and the results are plotted in Figure 1.

To understand why the Al2O3/CeO2/ZrO2 mixed oxide supported catalyst has better light-off activity, the 1050°C/36 h redox aged powder catalysts were analysed by transmission electron microscopy (TEM). The dark field images together with the elemental images of Ce and Pd are shown in Figure 2. Comparing the two dark field images in combination with the Ce elemental images, it is apparent that the CeO2/ZrO2 mixed oxide particles on the Al2O3/CeO2/ZrO2 sample are about one order of magnitude smaller than the CeO2/ZrO2 mixed oxides in the (Al2O3 + CeO2/ZrO2) sample. The elemental images of Pd further indicate that high Pd dispersion is maintained on the 1050°C/36 h redox aged Al2O3/CeO2/ZrO2 sample, whereas noticeable Pd sintering has occurred on the (Al2O3 + CeO2/ZrO2) sample as evidenced by the two large Pd particles in the image.

The results above suggest that depositing CeO2/ZrO2 mixed oxides directly on alumina supports can minimise the sintering of the CeO2/ZrO2 mixed oxides, hence improving their thermal stability and OSC properties. The material can also maintain Pd in high dispersion even after severe ageing. All these features contribute to the superior light-off activity of the Al2O3/CeO2/ZrO2 supported Pd catalyst.

A TWC was formulated using the Al2O3/CeO2/ZrO2 mixed oxide as the Pd support in combination with a Rh component. As a reference, a conventional TWC using the (Al2O3 + CeO2/ZrO2) mixture as the Pd support and the same Rh component was also prepared. Both catalysts were coated on ceramic monolith substrates with a cell density of 62 cells cm–2 and a wall thickness of 64 μm (or 400 cpsi and 2.5 mil). The dimension of the substrates is 10.6 cm in diameter and 7.8 cm in length. The pgm loadings of the catalysts were kept at relatively low levels (1.34 g l–1 Pd and 0.07 g l–1 Rh) to better differentiate their performance. The catalysts were aged on a 4.6 l gasoline engine under 4-mode conditions for 100 hours with the catalyst bed temperatures averaging 925°C. The aged catalysts were evaluated on a separate 4.6 l gasoline engine that was capable of changing the air-to-fuel ratio from 13.5 to 15.5 with a perturbation frequency of 1 Hz and amplitude of 0.5. The CO/NOx crossover conversion and the corresponding HC conversion measured at a space volume of 112,000 h–1 at 400°C and 350°C are summarised in Table I. At 400°C, both catalysts achieve high NOx/CO/HC conversions. At 350°C, the Al2O3/CeO2/ZrO2 mixed oxide supported catalyst still maintains high NOx/CO/HC conversion efficiency. The (Al2O3 + CeO2/ZrO2) mixture supported catalyst, however, is nearly inactive.

The engine dynamometer evaluation results on fully formulated TWCs are in line with the laboratory reactor results on the supported Pd powder catalysts. Both demonstrate that the Al2O3/CeO2/ZrO2 mixed oxide developed in this study can offer significant advantages for applications with low exhaust temperatures.

A 2010 model year vehicle equipped with an advanced 3.5 l GTDI engine and a turbo charger was selected to evaluate the performance of a TWC system based on the Al2O3/CeO2/ZrO2 mixed oxide. Compared to other vehicles in the same class with traditional naturally aspirated engines, this vehicle represents approximately 20% better fuel efficiency and 15% reduction of GHG emissions. As a result, the exhaust temperature of the vehicle is also substantially lower.

Catalyst systems with either the Al2O3/CeO2/ZrO2 mixed oxide or the (Al2O3 + CeO2/ZrO2) mixture as the Pd support were evaluated. Prior to vehicle evaluation, the TWC systems were aged under 4-mode conditions to simulate the end of their useful life performance. The non-methane hydrocarbon (NMHC) and NOx emissions of the aged systems under federal test procedure (FTP) testing cycles are summarised in Table II. While the two systems show comparable NOx performance, the Al2O3/CeO2/ZrO2 mixed oxide based system clearly demonstrates better HC conversion and 7 mg mile–1 lower NMHC emissions from the tailpipe.

NMHC/NOx Emissions under FTP Testing Cycles on a Vehicle with a 3.5 l GTDI Engine

The cumulative tailpipe total HC (THC) emissions of the two systems during the cold start period are shown in Figure 3. The majority of the THC is emitted in the initial 250 seconds while the temperature of the catalyst system is warming up. During this period, the Al2O3/CeO2/ZrO2 mixed oxide based TWC system has approximately 25% lower tailpipe HC emissions than the (Al2O3 + CeO2/ZrO2) mixture based system.

A novel Al2O3/CeO2/ZrO2 mixed oxide was developed in this study. Compared to a conventional CeO2/ZrO2 mixed oxide that has the same composition, the Al2O3/CeO2/ZrO2 mixed oxide is thermally more stable and exhibits much improved OSC properties especially at low temperatures. As a support material for Pd, the material improves the light-off activity of the catalyst. TWC formulations based on the new material show noticeable advantages on a fuel-efficient vehicle with low exhaust temperatures. Future optimisation of catalyst systems will enable fuel-efficient gasoline engine powered vehicles to meet stringent government standards both for the criteria pollutant and the GHG emissions.

This article is an abridged form of a full paper presented at the Society of Automotive Engineers (SAE) in 2014, and is published with the permission of the SAE (6).

Copyright © 2014 SAE International.  Johnson Matthey has posted this Johnson Matthey-authored technical SAE paper 2014-01-1509 on this website with permission from SAE International. This technical paper is for viewing purposes only and may not be printed, copied, distributed, stored on any retrieval system, or forwarded to others for any use without prior written permission from SAE. 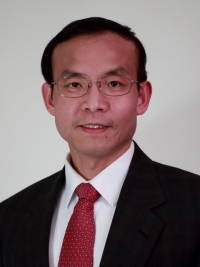 Dr Hai-Ying Chen is a Product Development Manager at Emission Control Technologies, Johnson Matthey Inc, USA. He obtained his BSc and PhD in Chemistry from Fudan University, Shanghai, China. Following this he was a Postdoctoral Fellow at the Center for Catalysis and Surface Science, Northwestern University, Evanston, Illinois, USA. Since joining Johnson Matthey in 2000 he has been working extensively on the development of catalysts for emissions control. 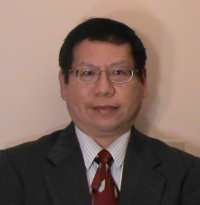 Evolution in the Engine Room: A Review of Technologies to Deliver Decarbonised, Sustainable Shipping