“Electrochemical Power Sources: Batteries, Fuel Cells, and Supercapacitors” is a comprehensive textbook covering materials, applications and prospects of the aforementioned devices. The high level overview provided makes this book an excellent resource for readers new to electrochemical devices as it avoids going into excessive detail of each material, whilst providing an overall perspective and outlook. The book was edited by Alexander Skundin and Yury Volfkovich in honour of the late Vladimir Bagotsky, who is widely recognised for his scientific activities in electrochemistry and for his textbooks on this subject. Skundin and Volfkovich themselves are the chief scientists at the A.N. Frumkin Institute of Physical Chemistry and Electrochemistry of the Russian Academy of Sciences and are two of the leading experts in batteries and supercapacitors in Russia with over 200 peer reviewed articles between them.

Electrochemical devices are being employed in applications ranging from consumer electronics to electric vehicles due to their relatively high efficiencies and environmental friendliness. However, major challenges include increasing the energy, power density and efficiencies of these devices, especially when scaling up from a novel material or chemistry. An appreciation of the historic works, common challenges and potential future position of a technology is therefore extremely useful.

The first part of the book covers thermodynamic aspects in electrochemical devices with a focus on aqueous redox couples which have been historically considered for battery applications. The general operating principle of galvanic cells along with different electrode chemistries including zinc-based, nickel-based and lead acid batteries are examined. The section follows with an explanation of the figures of merit relevant to batteries, and design considerations when translating the material chemistry into cell level systems, taking into account the accompanying separator and electrolyte. Applications of the technology, current limitations and technology prospects are then summarised.

The next section then leads onto non-aqueous systems which are currently the most prevalent in real world applications. Here a general introduction into different types of electrolytes is provided covering aprotic non-aqueous solutions, molten salts and solid electrolytes. Discussion of intercalation based lithium-ion electrodes then follows with their review concluding that existing materials will not be able to meet consumer demands for energy density and charging rates. Therefore, they believe a shift to alternative materials, i.e. silicon, tin or aluminium will be required, however cycle life then becomes the limiting factor with microstructural damage leading to poor lifetimes.

Their assessment of forthcoming battery technologies, from the perspective of increasing energy density, then concentrates on conversion based chemistries and thus a move away from the traditional intercalation based mechanisms. Lithium-sulfur, lithium-air and sodium-ion batteries are discussed with challenges identified as again being lifetime issues associated with the microstructural changes occurring in the electrodes and the voltage hysteresis observed upon charge and discharge limiting device efficiency.

The final chapters of this section then briefly cover solid state batteries and batteries with molten salt electrolytes which researchers have investigated in order to enable high device lifetimes, however other difficulties such as electrolyte conductivities currently limit their mainstream adoption.

The second part deals with fuel cells, which has relevance in both transport and stationary power applications. Again, this starts with thermodynamic aspects of the device operation and basic definitions of components and concepts found in fuel cells. The subsequent sections then go into further explanation of the different types: proton exchange membrane fuel cell (PEMFC), direct methanol fuel cell (DMFC), molten carbonate fuel cell (MCFC), solid oxide fuel cell (SOFC) and alkaline fuel cell (AFC). With PEMFC, which are the most relevant for automotive uses, a historical overview is given covering the development of the technology but it also touches on engineering challenges such as thermal management, cold start and water management. The progress and complications of each fuel cell technology then follows with a brief overview of phosphoric acid (PAFC), direct carbon fuel cell (DCFC), bacterial fuel cell (BFC) and redox flow battery (RFB). RFB in particular are receiving much attention in the large scale energy storage industry due to their potential cost savings and increased lifetime compared to batteries with the common all-vanadium and iron-chromium RFB discussed.

The section concludes with discussions about fuel cell applications and the historically installed fuel cell units for stationary appliances are summarised. Only PEMFC has received significant industrial attention for automotive uses and the authors suggest the initial gains are in heavy goods vehicles. Their technology outlook underlines their interpretation of the forthcoming issues which are developing new catalysts for oxygen reduction, catalysts for the complete oxidation of ethanol and selective catalysts which do not promote the undesired side reactions.

The third section focuses on electrochemical double layer capacitors or supercapacitors, looking initially at carbon based systems which have the most industrial relevance. Here they present a detailed analysis of electrode optimisation for different kinds of carbon such as activated carbon, carbide derivatives, aerogels, nanotubes and graphene, with various electrolyte types in terms of pore size distribution and the effect of functional groups. The discussion then follows onto a range of electrolyte types: aqueous, non-aqueous and ionic liquids.

Observations suggest that eventually further growth in specific surface area of electrodes through reducing pore sizes will not result in improved supercapacitor energy density due to the influence of steric effects. Thus, there is an increased interest in pseudocapacitor electrode materials which includes metal oxides such as iridium(IV) oxide (IrO2), manganese(IV) oxide (MnO2) and ruthenium(IV) oxide (RuO2), conducting polymers and monomer redox systems. This text gives a comprehensive overview of these electrode materials, challenges and prospects, of which a current trend is observed to be the creation of composite electrodes of metal oxides and conducting polymers to mitigate the conductivity issues of the metal oxides and achieve higher mass loadings for more practical devices.

The closing chapter of the book covers electrochemical aspects of solar energy conversion. This gives a very brief review of the mechanisms of photoelectrochemical devices such as semiconductor solar batteries and dye-sensitised solar cells.

“Electrochemical Power Sources: Batteries, Fuel Cells, and Supercapacitors” is an excellent introductory text to electrochemical energy devices which covers material considerations, historical developments of the technology and future prospects, spanning fundamental mechanisms to engineering challenges at a high level perspective. The supercapacitor section in particular goes into much more detail of the materials. This text would be most useful for students studying an introduction to electrochemistry course. 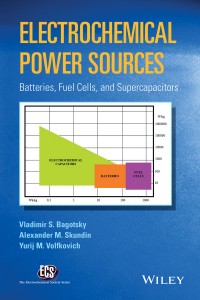 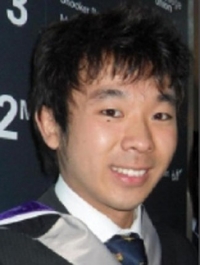 Dr Billy Wu is a lecturer in the Dyson School of Design Engineering at Imperial College London where he works on electrochemical devices at a range of length scales from novel materials to engineering integration. He gained his PhD from Imperial College London in 2014 on PEMFCs, lithium-ion batteries and supercapacitors for automotive applications.